R.E.M.’s ‘Monster’ at 25 recalls twilight years of one of rock’s best bands

R.E.M.’s new ‘Monster’ set marks the album’s 25th anniversary.[/caption] by Pete Mazzaccaro There’s a pretty good case to be made that R.E.M. is the most important band of the post punk …

R.E.M.’s ‘Monster’ at 25 recalls twilight years of one of rock’s best bands 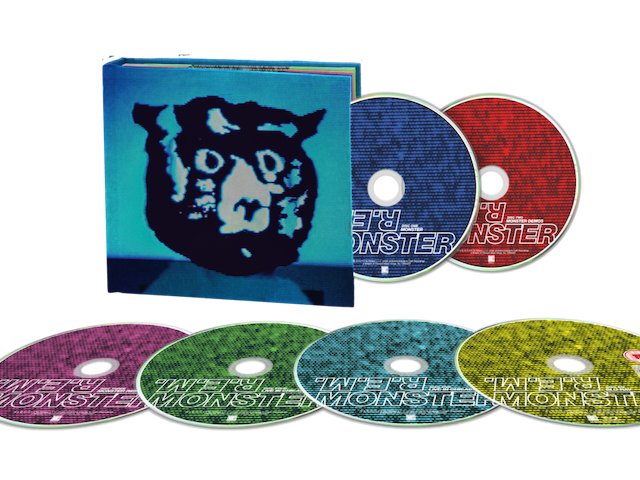 There’s a pretty good case to be made that R.E.M. is the most important band of the post punk era.

From its remarkable 1983 debut “Murmur” through 1992’s “Automatic for the People,” which made it The Biggest Band in the World at the time, it was the most significant influence on the non-commercial rock of the period. The band defined college rock through the '80s and left an impression on melodic, guitar driven pop and rock that you can still hear today.

The band’s 1994 album “Monster” just marked its 25th anniversary with a 5-CD set that includes a remastering of the original, an album off demos and other cuts that didn’t make the original, a remixed take on the album by its original engineer Scott Litt and a double-live album of a 1995 show recorded in Chicago.

“Monster” is seen by some as the band’s last “real” record. It was while on tour for Monster that drummer Bill Berry suffered a brain hemorrhage that he survived, but convinced him his days as a touring member of a rock band should be over. The band would go on to record another five studio albums, but it didn’t maintain its reign as modern rock masters.

Today, 25 years later, Monster is still a real enjoyable listen. It was such a departure from the band’s prior work, particularly from the incredibly popular and largely acoustic and somber predecessor, “Automatic for the People.” It was, of course, a purposeful change in style in which the band decided to go for a simpler, louder garage rock style.

The album’s biggest hits, “What’s the Frequency Kenneth,” “Crush with Eyeliner” and “Star 69,” drip with distorted guitars and an unusual amount of menace for R.E.M. It captures a band reveling in letting its hair down a bit, despite healthy doses of cultural criticism from singer Michael Stipe, who has described the period as particularly challenging to him personally.

In some ways, “Monster” could be seen as a rare instance of R.E.M. following the pack. The album was released a couple years into the peak days of grunge and alternative rock. The fuzzy tone of the entire record might have been a revelation to the band and its audience, but it certainly wasn’t new. But that doesn’t take away from what is ultimately a fantastic collection of songs from one of the greatest rock bands of all time.

The most interesting part of the collection is Litt’s remixed take on the record, which find the Grammy-award-winning engineer striving to cut back studio excess – guitar overdubs and other flourishes. It’s tough to judge these versions against those you’ve been listening to for 25 years. For me, they were interesting, but never preferable to the original studio versions.

All in all, the biggest R.E.M. fans will find a lot to like about the remastered record and its bonus material. I particularly enjoyed the mostly instrumental collection of demos. Many seem like they might have made terrific songs if further developed.

“Monster” was a band in its twilight, but still at the peak of its musical gifts.