In 1989 Sue Ann Ryback couldn't complete the annual Captain Bill Gallagher Island 10-mile Run in Sea Isle City.. On Aug. 15, after 32 more years had passed, Rybak got up the moxie to try again. 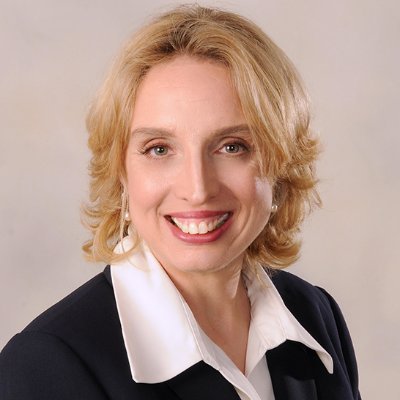 When long-time Germantown resident and former associate editor of the Chestnut Hill Local Sue Ann Rybak was growing up in New Jersey, she suffered from horrific epileptic seizures. By high school, medication combined with the benefits of running helped to control the seizures, but in the middle of her freshman year at Temple University, she had to leave school because of financial and health issues.

“I was extremely depressed,” Rybak recalled last week. Unfortunately, the stress of school combined with sleep deprivation and an occasional alcoholic drink or two was a recipe for disaster. “I was crippled by anxiety and depression. I felt like a complete failure. I was drowning in the abyss of depression.” Rybak began stuttering. Her parents thought she just needed to get a job and “relax,” and everything would be fine. She did get a job at a nearby Wawa, but everything was still far from fine.

She had started running in high school as a way to get physically fit but never really thought about the mental health benefits of running. Then a neighbor, who had been on his college's track team, one day asked Sue Ann to go for a run. The two began running regularly. The more she ran, the more her depression began to ebb.

Rybak had never run in an organized race before, but her neighbor began training her for the annual Captain Bill Gallagher Island 10-mile Run in Sea Isle City. They continued running short distances in the evening, and she ran long distances by herself on weekends.

A friend drove her down to the race in her 1973 camper van. The date was Aug. 19, 1989. The sun and sand were blazing, but at age 19, Rybak felt invincible. She ran roughly nine miles until she got a runner’s cramp and had to stop before finishing. It was her first race.

This year, however, on Aug. 15, after 32 more years had passed, Rybak got up the moxie to try again, thanks to the encouragement and support she received from Still I Run, a running community that works with mental health issues. Roughly one mile from the finish line, she became emotional. “Dear God, I just want to finish this time,” she said out loud. “Physically I was fine, but I was at war with my mind.”

Rybak said she felt defeated, but then something clicked inside her mind. “Suddenly, I could see myself crossing the finish line. I can still hear the sound of my feet as they hit the timing mat. Runners had two hours and 30 minutes to complete the course. I finished in two hours and 36 minutes. The fact that I was one of the last runners to cross the finish line did not bother me at all because I did complete the race.

“Now, whenever I feel insecure or think I can’t run any farther, a little voice inside my head says, 'You ran 10 miles on the beach! Just keep your eyes on the goal.' And more importantly, when I feel depressed or anxious, I know I can go to the Still I Run Facebook page and talk to a friend. It is just another example of how running improves your mental health.”

Epilepsy is one of the most common conditions affecting the brain. According to the Centers for Disease Control and Prevention, about 5.1 million people in the United States and about 75 million worldwide have a history of epilepsy.

Seizures are the main sign of epilepsy. Some seizures can look like staring spells, and others cause a person to fall, shake and lose awareness of what’s going on around them. They can last anywhere from a few seconds to several minutes, according to the CDC.

Some research studies have shown that regular running can be as helpful as medication in relieving symptoms of anxiety and depression. Rybak now attributes her improved mental state to a combination of therapy, running and new seizure medication.

Discover your next adventure with HipCamp