Ruth Pfeffer has long been for the birds

Ruth Pfeffer, who has been leading bird walks for 50 years and just celebrated her 80th birthday, will be leading a series of events at the Mount Airy Learning Tree this month.

Ruth Pfeffer has long been for the birds 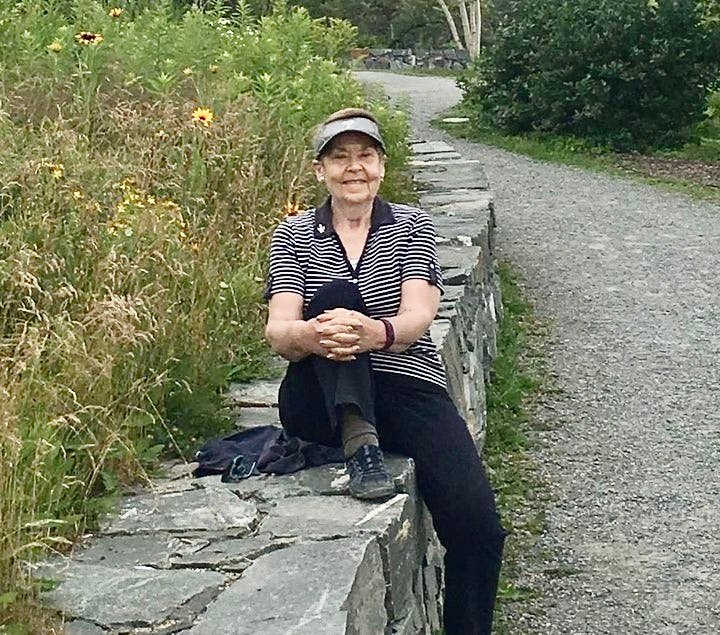 Ruth takes a break on one of her popular bird/nature trail walks, which in recent months have been all filled up, thanks to the pandemic. “People are so happy to be outdoors,” she said. 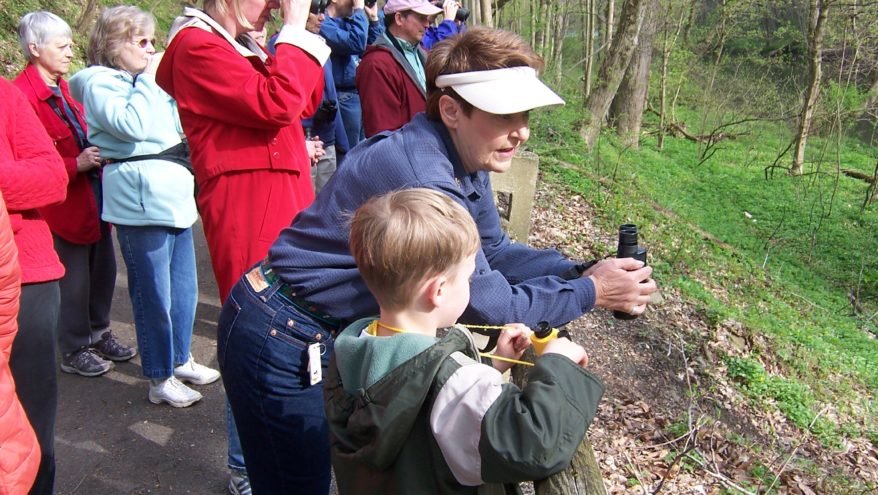 Ruth Pfeffer has been leading bird/nature walks in the Wissahickon and many other natural trails in the area and far beyond for 50 years.
Previous Next
Posted Wednesday, February 23, 2022 12:00 am
Len Lear

The pandemic has been catastrophic for countless businesses, but for Birding with Ruth, it has been a bonanza.

Ruth Pfeffer, who has been leading bird walks for 50 years and just celebrated her 80th birthday, started her business 39 years ago. And starting next month, the mother of three, grandmother of 10 and great-grandmother of five will share her passion for the natural world during two Mt. Airy Learning Tree events: “Birding: Trip to Tropics” on March 8 at the United Lutheran Seminary, 7301 Germantown Ave., and “Birding: Adventure at Dixon Meadow” on March 12, 9 a.m.

The former will be a talk about migratory birds from this area, featuring some of the thousands of Pfeffer's own photos (“none from the internet”) and the latter an actual “walk in the park.” In neither of these, however, should participants be expecting a typical class atmosphere.

"Bird walks are not lectures,” she said. “I am a storyteller.”

Pfeffer told the Local that her business has been booming since the pandemic started. “My Zoom talks and birding walks have been all filled up. People are so happy to be outdoors,” she said. “And I am very grateful that I have had so much fun, which I am still having.”

Pfeffer, who says she recently found a 35 year old article about her guided walks in the Chestnut Hill Local, strides vibrantly through the woods, halted frequently by the sounds and sightings of birds. On a typical walk through Norristown Farm Park, Pfeffer has spotted more than three dozen species, including house wrens, tree swallows, a dull-sounding woodpecker sculpting out a home in the carcass of a dead oak, etc. She points out a sparrow serenading its mate, two barn swallows, a corral of cowbirds, an American kestrel, a Savannah starling, a red-winged blackbird, an orchard oriole, even a spectacular green heron.

Anyone participating in one of her walks, which she has led through green spaces all across the region as well as Costa Rica, Belize and Trinidad-Tobago, can’t help but catch her infectious love of nature. On a recent walk through Dixon Meadow, she said, her group came across some six-inch tadpoles.

“They were so big, we were all acting like little children; it was so much fun!” she said.

Pfeffer began her love affair with birds as a pre-school child in Parkland, lower Bucks County. Her father, who enjoyed fishing and crabbing, awakened her interest in the natural world. She was about 5 when she saw and heard the melodious chirp of her first robin, her favorite bird.

Her family left Parkland for the Kensington section of Philadelphia, later moving to Logan. But she joined the Girl Scouts and went camping with the Lighthouse Girls Club Camp in Chester Springs, and learned the names of various plants, animals and insects. When she was 10, she constructed a butterfly net and placed it on a slope leading to the railroad tracks two blocks from her home. She brought home tadpoles from camp, housing them in her mother's stationary tubs so she could watch them grow.

Pfeffer went to St. Boniface Business School in North Philadelphia and Montgomery County Community College. She also read every book she could find about birds and nature and now has an extensive library of her own. “I never stop reading and learning,” she said.

Pfeffer took her first formal birding class decades ago at the Schuylkill Environmental Education Center in upper Roxborough. She later began teaching classes there herself, and in her free time she has studied their archives and some of the 200,000 bird specimens at the Academy of Natural Sciences ornithology collection.