SCH basketball can't get over Hill in final game

This ladder play-off event gave Springside Chestnut Hill Academy a chance to extend its season, but as it turned out, the Blue Devils would only get in one more game.

SCH basketball can't get over Hill in final game 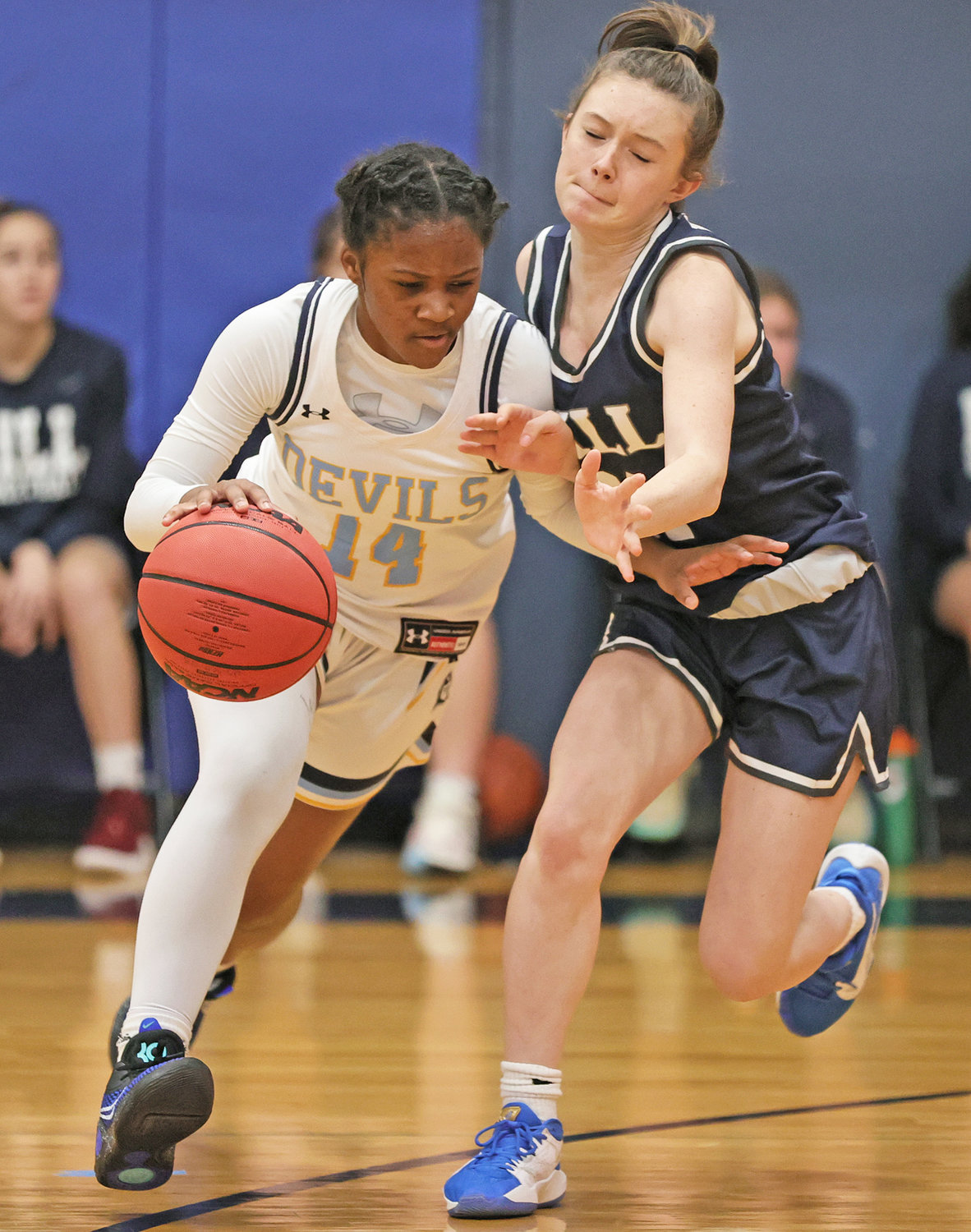 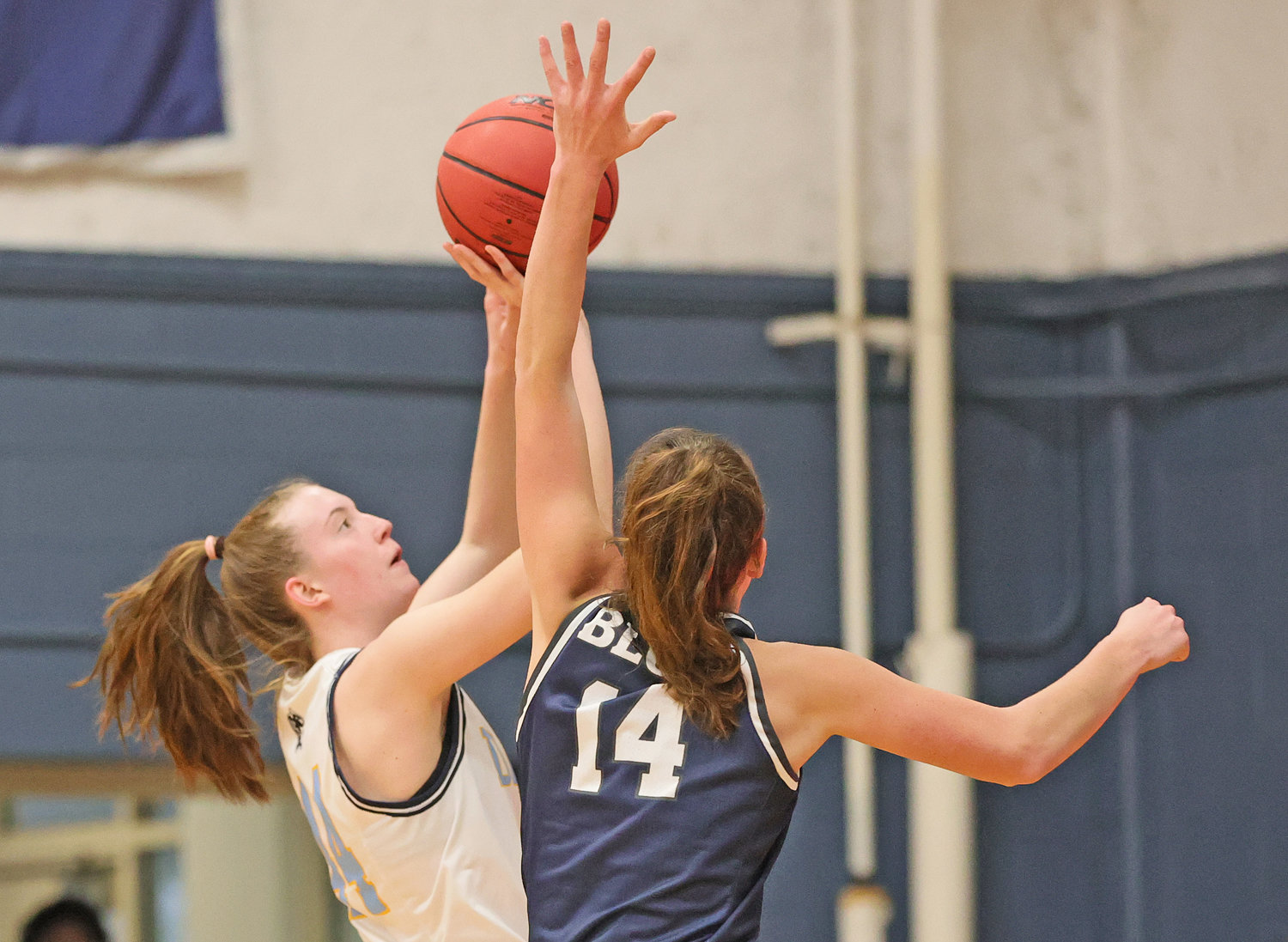 While the top 10 girls' basketball teams belonging to the Pa. Independent Schools Athletic Association began to compete in the PAISAA championship tournament last week, eight other ball clubs not involved in the main event played in an alternative tourney called the Commonwealth Cup.

This ladder play-off event gave Springside Chestnut Hill Academy a chance to extend its season, but as it turned out, the Blue Devils would only get in one more game. Seeded fourth for the Commonwealth Cup and earning a home court appearance in the first round, SCH was eliminated by visiting Hill School (the fifth seed) last Tuesday afternoon, 50-32.

Both teams entered the contest with overall records of 4-14, and they scored just nine points between them in the opening quarter. After that the visiting Lady Rams found some traction on offense and drew away to a 26-10 halftime lead, and the Blue Devils never recovered.

Four-and-a-half minutes into the game, the scoreboard was in no danger of overheating as it displayed a 2-2 score reflecting lay-ups by Hill's Courtney Bodolus and SCH's Sawyer. The Lady Rams led 6-3 at the quarter and went up 11-3 early in the second period.

Baskets by Sawyer and Chiliberti of the Blue Devils closed up the score to 11-7 about three minutes into the second round, but over the next five minutes the hosts were outscored 15-3. They had particular trouble in trying to stop Hill's Schafer. She had a dozen points at halftime, when the visitors led 26-10.

SCH had been fouling a lot, as well. The Devils put Hill into the double bonus with more than three minutes remaining in the half, and three different players had two personals apiece at the intermission.

Hill's Farrell scored two baskets from the paint in the first half, and the Blue Devils were caught off guard when she deposited three three-pointers during the first two minutes of the third quarter. This really scuttled the comeback hopes of Springside Chestnut Hill, which had scored two free throws in that timespan. SCH also lost senior starting guard Maya McDermott, who jammed a finger early in the second half and didn't return.

Springside's two foul shots during this stretch were scored by Durham, who went on to make a three-pointer and two lay-ups in the remainder of the period. Still, the Blue Devils trailed by 23 at the end of the quarter, 44-21. As reserve players got more time on the court during the fourth round, the hosts trimmed five points off their deficit.

In addition to the scoring of Durham and the three seniors, Springside Chestnut Hill received two points from junior guard Julia Thomson and one from sophomore center Zahkiyyah Frazier.