In terms of the personnel on the roster, Springside Chestnut Hill Academy's field hockey squad looks to be the strongest it's been during the tenure of head coach Emilee Ehret. 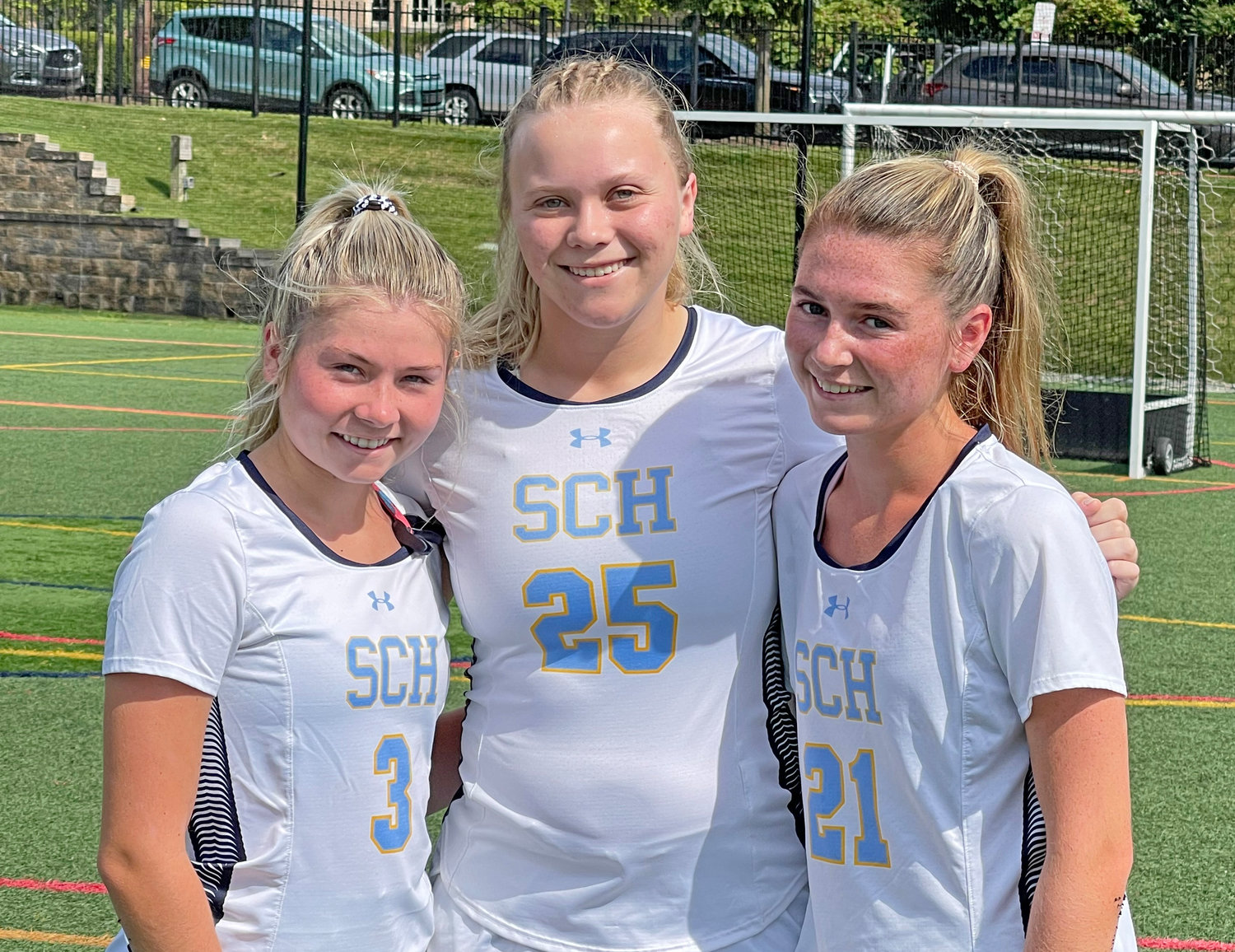 In terms of the personnel on the roster, Springside Chestnut Hill Academy's field hockey squad looks to be the strongest it's been during the tenure of head coach Emilee Ehret, who took the helm of the program in 2019.

With the class of 2022, the hockey program graduated one four-year varsity player in Hannah Pierce, and only four 2021 varsity athletes overall. Not only do the Blue Devils return almost all of their top talent, but they've made some significant new additions to the roster.

The team captains this season are seniors Tara Benning, Caroline Foley, and Kaitlyn Melinson, all of whom started in SCH's initial scrimmage last week against Springfield High School.

Sophomore twins Colleen and Devyn Conlan have been starters since they were eighth-graders, Colleen in goal and Devyn at forward. The other 10th-graders who took the field for the beginning of last week's scrimmage were Taylor Foley (Caroline's sister) and Veronica Goettner.

A returning junior, Maddy Caliendo, also started, along with two classmates who just transferred to SCH, twins Kerry and Riley O'Donnell. Coming in from North Penn High School, the twins are being recruited by Division I college programs and have three older sisters who played at that level.

With only about two-dozen players total in the upper school program, the Blue Devils are only scheduling a handful of junior varsity games. The other juniors on the combined roster are Audrey Boyce, Meghan Flach, Alexa Robles and Sarah Scollin. The sophomores are Maille Colin, Audrey Flanagan, Maya Gruginski, Baylin Manusov, and Kira Vakil, who is a transfer from Wissahickon High School.

In addition to Gross, the freshmen on the roster are Neeve Doherty, Isabella Ford, and Brae Powell.

Back on the coaching staff again is SCH faculty member Samara Lee, and one of Ehret's former classmates at Mount St. Joseph Academy ('13), Ann Burgoyne, will stop by several times a week to work on technical skills with the players.

At least twice this season, Ehret will be coaching against her older sister, Gretta. A Penn Charter graduate, the elder Ehret has returned to School House Lane to take charge of PC's field hockey program.