When Springside Chestnut Hill Academy won its second straight Pa. Independent Schools championship in girls' soccer last week, the outcome marked the conclusion of a remarkable high school career for the Class of 2023. 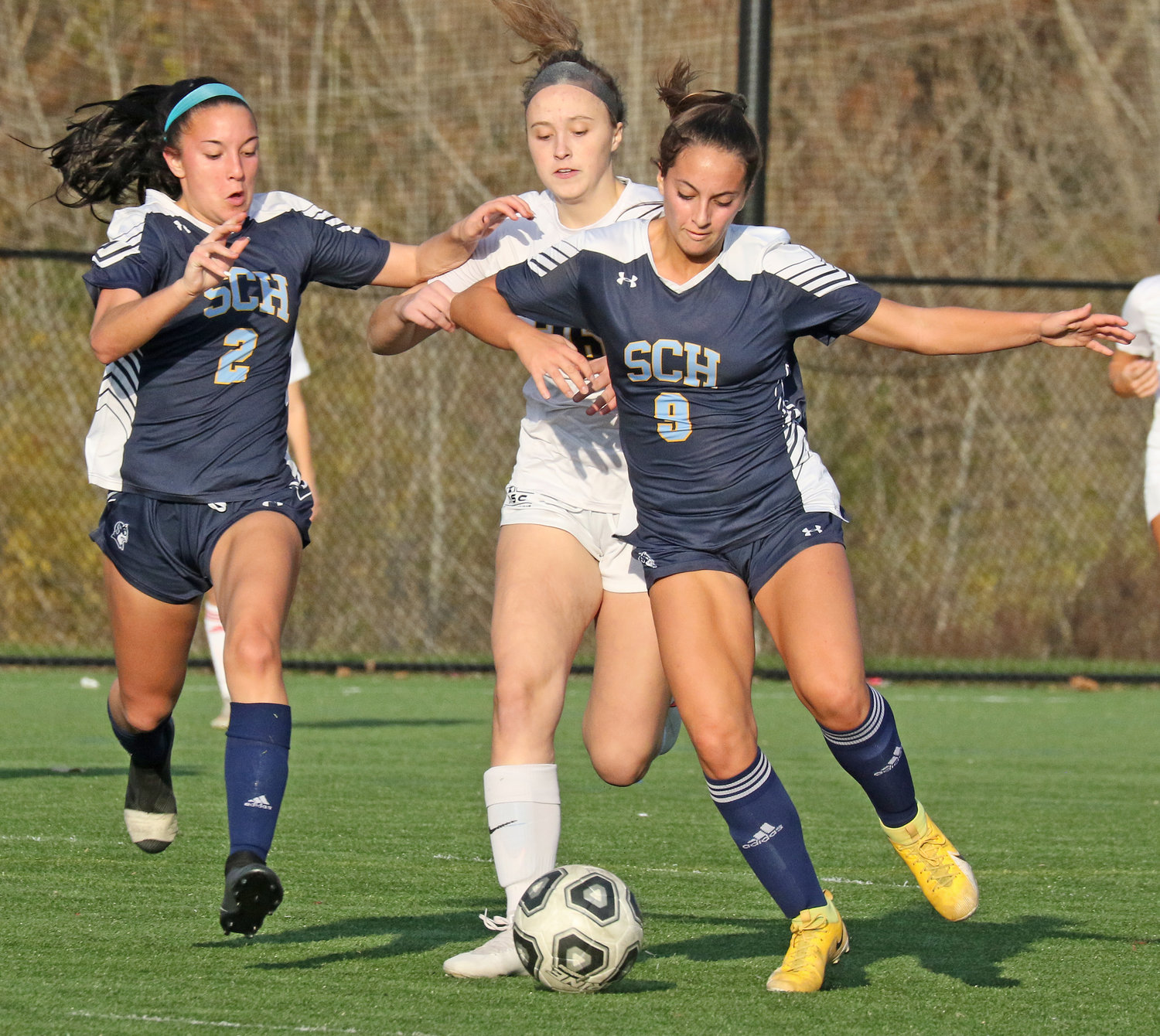 In this, their senior season, the team posted a record of 10-0-2 within the Inter-Ac, and 19-1-3 overall. In the lone loss, a 1-0 non-league setback at Conestoga High School, SCH was missing midfielder Mary Trudeau, one of their most versatile players and a difference maker all over the field. One of the ties in league play came against Agnes Irwin when another senior, star striker Lisa McIntyre, was out with an injury.

A few of the '23's were already playing with the varsity as eighth-graders. From their freshman year on, they went 60-3-4 overall (a winning percentage of 0.895), and 39-0-2 in the Inter-Ac. In 2019 they captured the school's first-ever league championship, and ended up with three titles in all. The last two seasons, they won the Pa. Independent Schools championship, as well. In a brief 2020 season slapped together late in the fall (due to COVID-19), the Blue Devils played just five games, winning all of them against Inter-Ac opponents.

"They just have so much experience overall," head coach Maria Kosmin said of her 12th-graders. "They've played so much soccer, from middle school to club to high school. In big games, they really showed up, and they gave us good leadership."

McIntyre, who has been named the Inter-Ac League MVP for the second year in a row, missed four games due to injury and finished with 11 goals and six assists. Her classmate Bella Brown was the high scorer for 2022 with 12 goals and 12 assists.

McIntyre has signed to play for the University of Maryland, and Brown with Binghamton University. Also signing with NCAA Division I schools were Trudeau (Morehead State University), and Julia Thomson (University of Illinois Chicago). Ellie Stratz and Brigid McDonald have accepted scholarships at Division II Chestnut Hill College, where a pair of 2022 SCH grads already became starters this fall.

In addition, Madison Major is expected to sign with Fairleigh Dickinson University, while Abby Kenkelen has committed to Brandeis University and Amanda McNesby to Moravian University. Defender Abby Fitzmaurice, who played varsity as an eighth-grader along with McIntyre and Trudeau, will soon announce her decision. The other seniors, Lanie Franklin and Maia Mocharnuk, are still mulling over their college choices.

Coach Kosmin noted that, somewhat surprisingly, the 2022 season did not start off as smoothly as the previous campaign. In 2021 the Blue Devils, who'd been frustrated during the Corona autumn of 2020, were champing at the bit to play a normal soccer schedule.

"From the minute pre-season started, everything just clicked," the SCH mentor related. "This year it was a little harder, it took a little longer. The more we practiced and the more we played, things came together. They began to hold themselves and each other accountable, in a respectful way."

After all, the 2022 squad had their own tough act to follow; an undefeated 2021 season (18-0-1), a league title, and an Indy Schools championship. The outgoing senior class wasn't as large as the current one, but there were still some significant gaps to fill.

Still, the team gelled at crunch time. It was Kosmin's seventh year as head coach, and second-year assistant Namit Deshpande had worked with many of the players when they were younger and he was a middle school coach at the school.

Going into the PAIS final last Wednesday, Kosmin said, "We wanted to get across to the players that, yes, what you've accomplished is amazing, but don't be satisfied until you're really done."

In their last game as SCH Blue Devils, the seniors were able to walk away as winners.

"I don't think they'll fully realize what they did until they're older," commented Coach Kosmin. "I'll miss them, and it will be hard to replace them, but they definitely gave the younger kids something to look up to."