SCH tennis puts up a fight against longtime power Episcopal

On April 8, Springside Chestnut Hill Academy lost to Haverford by a score of 1-6, with senior David Lubell preventing a sweep by the Fords with his victory at first singles.

SCH tennis puts up a fight against longtime power Episcopal 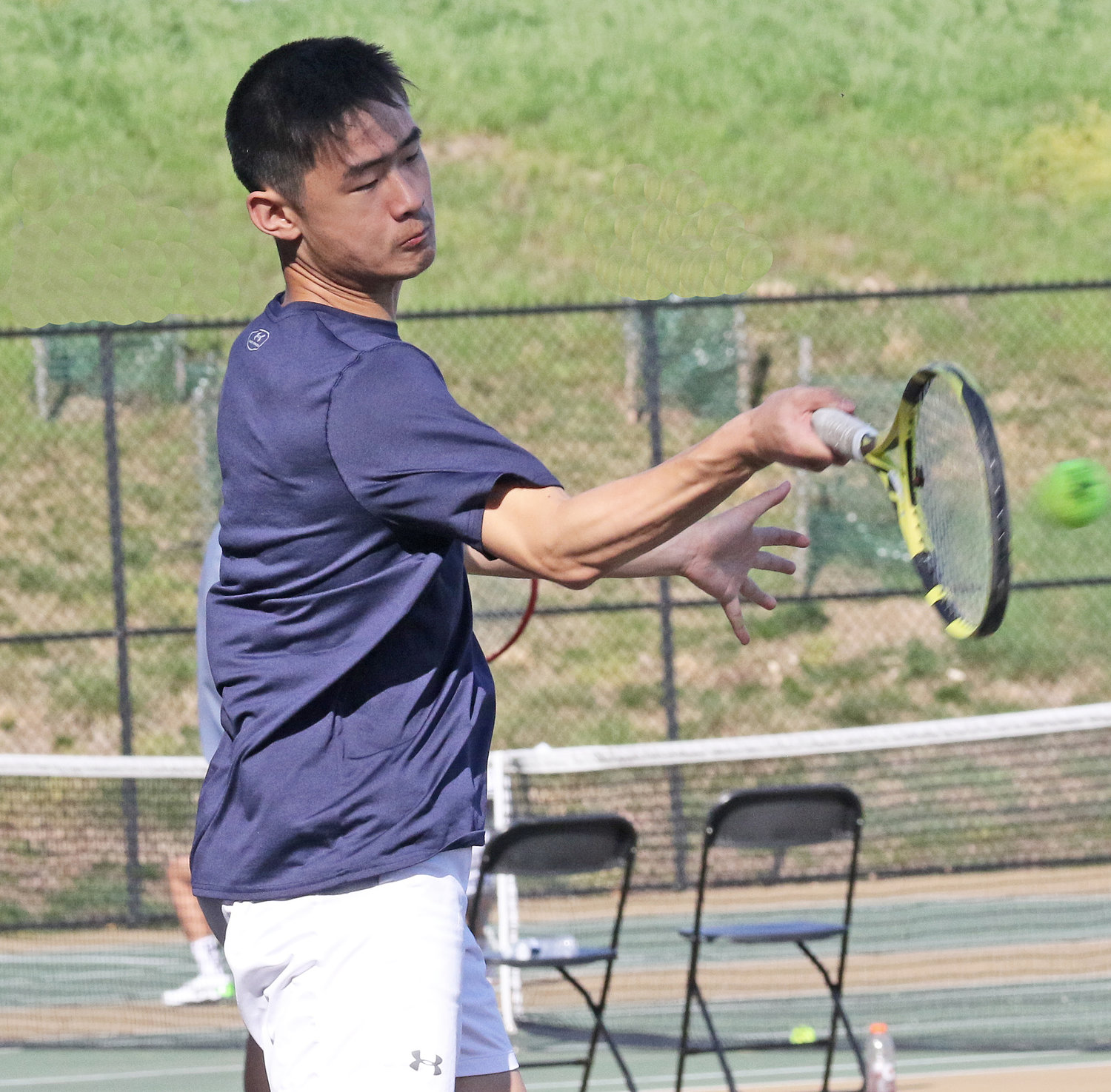 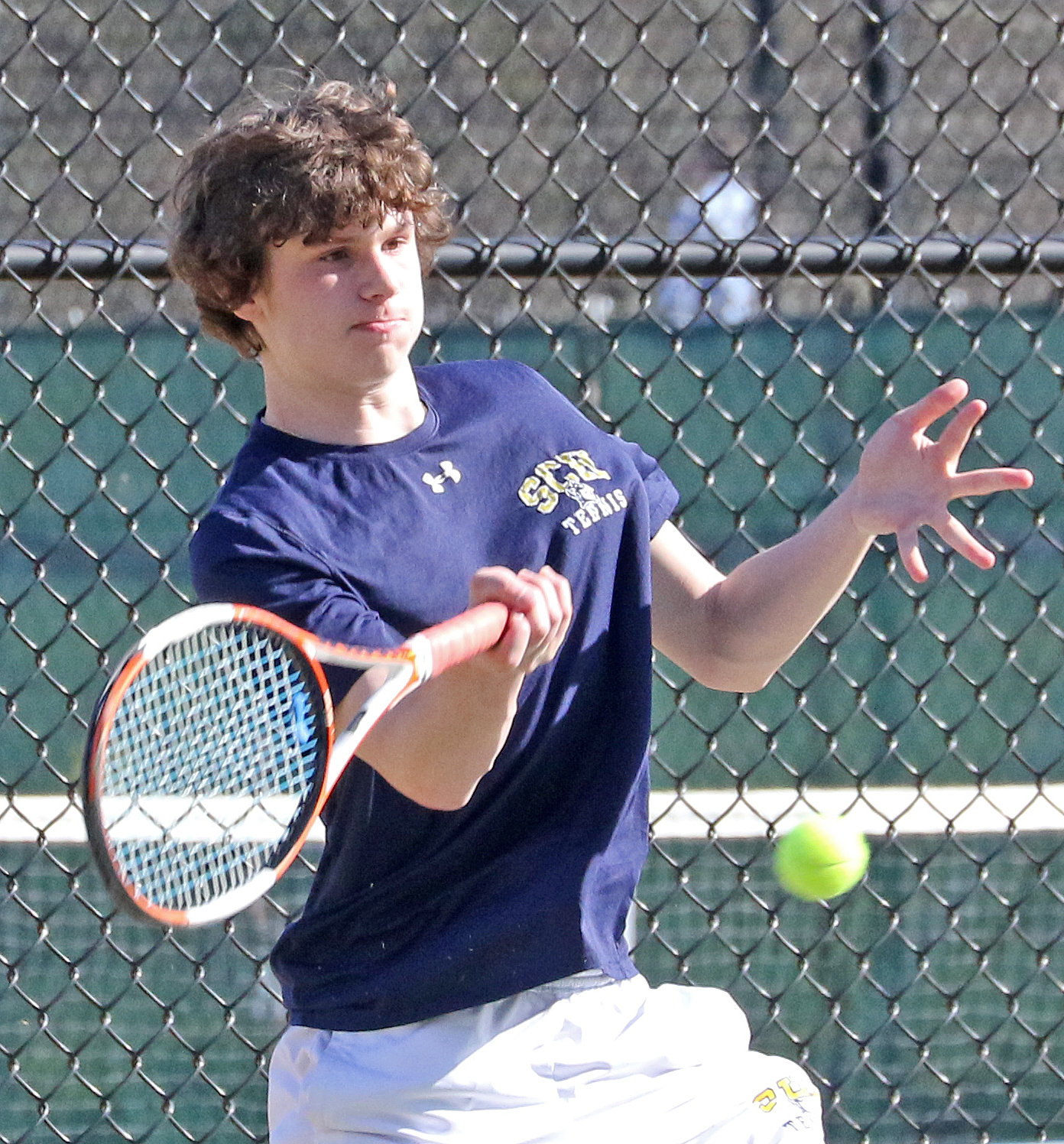 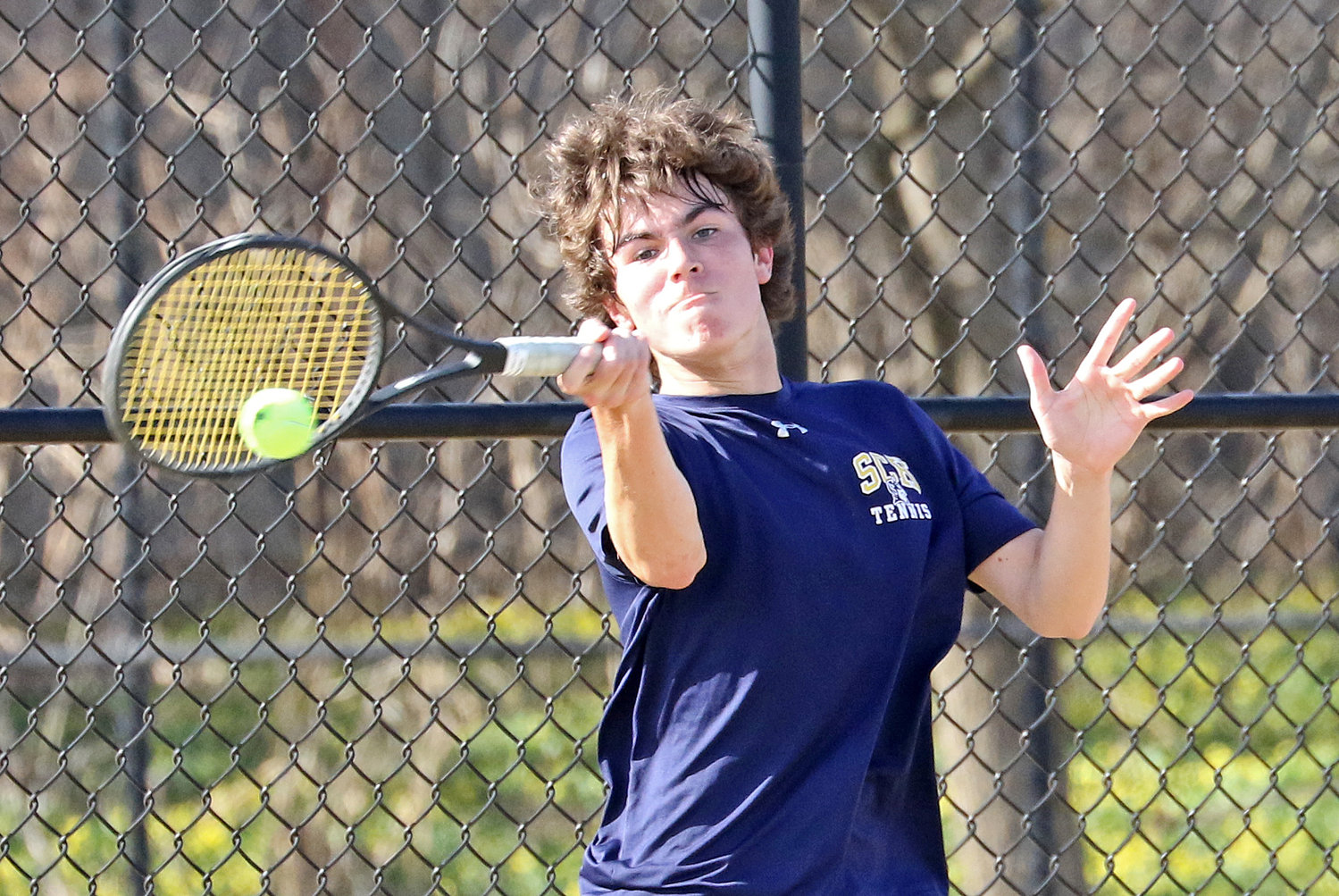 Still only a freshman, Andrew Blum has been holding down the second singles position for Springside Chestnut Hill. (Photo by Tom Utescher) 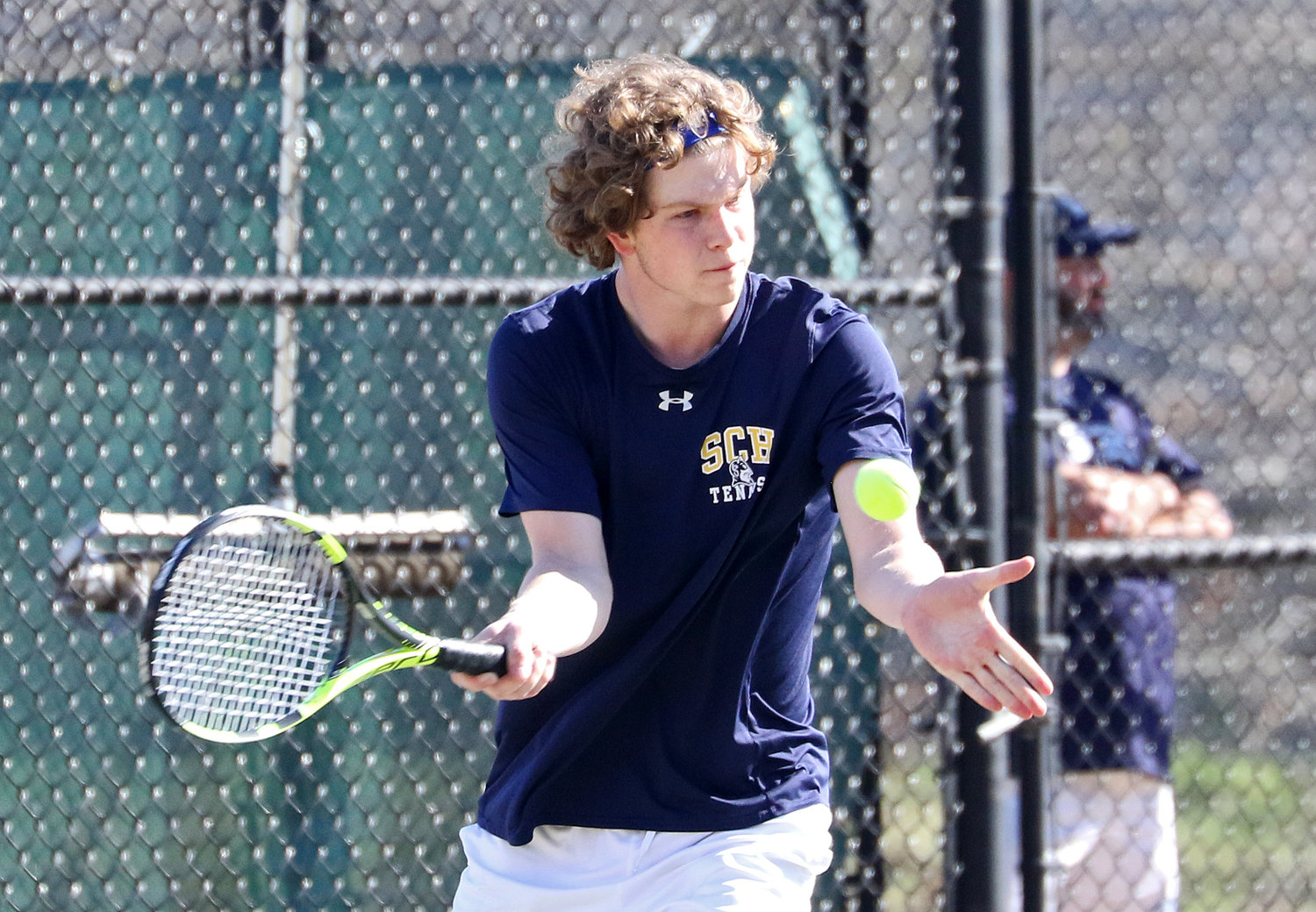 Senior Zach Schaprio (pictured) combined with junior Sam Miller to give the Blue Devils a win over Episcopal at second doubles. (Photo by Tom Utescher) 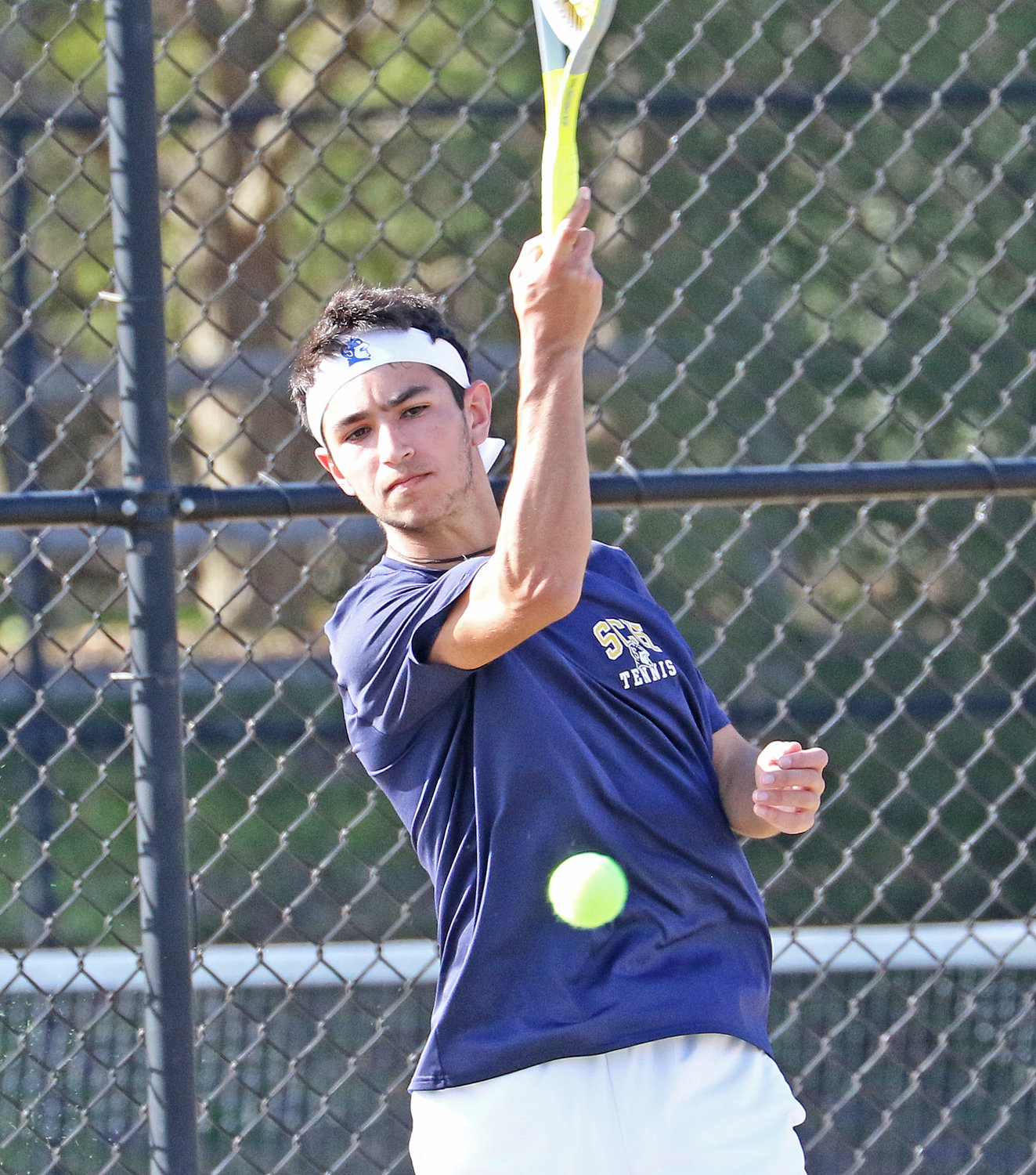 David Lubell, a senior playing number one singles for SCH, will continue his career at Ithaca College. (Photo by Tom Utescher) 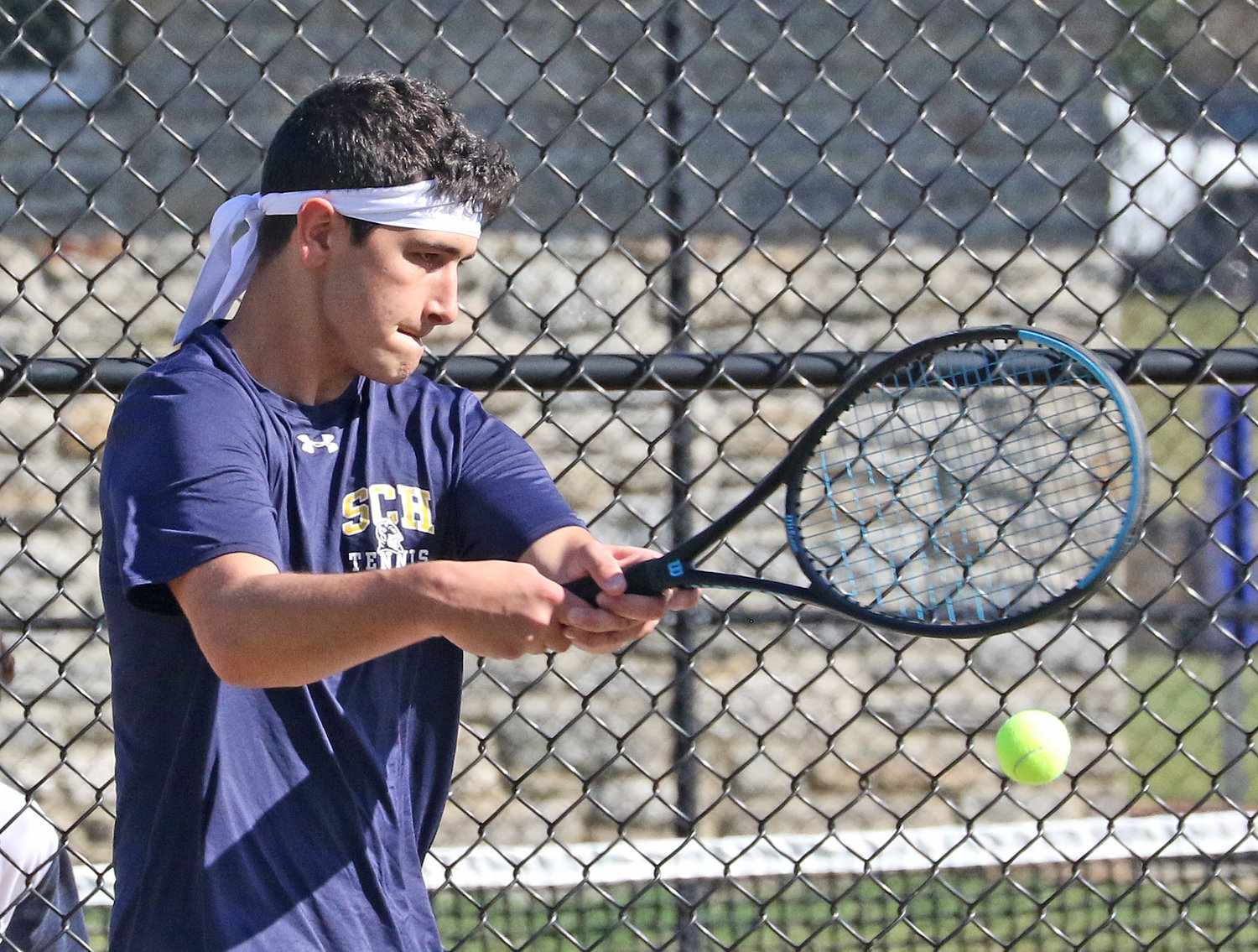 Inter-Ac League tennis teams on this side of the Schuylkill have traditionally found tough going against Main Line franchises such as Episcopal Academy and Haverford School.

On April 8, Springside Chestnut Hill Academy lost to Haverford by a score of 1-6, with senior David Lubell preventing a sweep by the Fords with his victory at first singles.

Four days later, last Tuesday, the SCH racquet men would break from the old pattern of lopsided outcomes when they took visiting Episcopal right down to the wire. As the match progressed, EA won at second and third singles and at first doubles, but the host Blue Devils would take the other three doubles bouts for a 3-3 tie in the team score.

Lubell, who will go on to play for Ithaca College, won the first set in the last match on the court, number one singles. Fellow senior John Bishop of the Churchmen came back to win the second set and also capture a third-set super-tiebreaker. EA eked out a 4-3 overall win.

This set SCH's season record at 1-4 overall and 0-3 in the Inter-Ac. In their league opener, the Blue Devils fell, 1-6, to Germantown Academy. Here, the lone win came from juniors Brady Greenberg and Dillon Frankel at second doubles.

After this, a change in the Devils' doubles line-up had Greenberg and Frankel playing third doubles. It was in this flight that they won last Tuesday, 6-4, 7-5, against Episcopal seniors Michael Gureghian and John Hong. At second doubles, a pair of 6-4 sets took SCH senior Zach Schapiro and junior Sam Miller past EA 10th-graders Sam Graham and Hunter Stetson.

Episcopal forestalled an SCH doubles sweep with a 6-1, 6-4 victory in the first flight. Here, the visitors had freshman Connor Chambers and sophomore Xin Xin Feng matched against 10th-grade twins for the home team, David and Stone Xin.

The Churchmen also prevailed in each of the first two singles bouts to be completed. In the second flight senior Niki Lavu overcame SCH freshman Andrew Blum, 6-0, 6-2, while EA sophomore Gavin Schmidt was a 6-3, 6-0 winner over senior Victor Kasian, the number three for Springside Chestnut Hill.

When all of the other matches had finished, the first singles contest was still in the second set. Lubell had won the first one for SCH, 7-5, but EA's Bishop secured the second at 6-4. Even though the overall match outcome depended on this last bout, because it was now after 6:00 PM it was determined that a super-tiebreaker would be played instead of a regular third set.

Falling behind 0-2 at the outset, Lubell later drew even at 3-3, but then he double-faulted. Bishop remained ahead, eventually winning, 10-4.