Mary Roach by Hugh Gilmore Mary Roach has learned to Grunt, Gulp, Spook and Bonk for you, while Tackling the Afterlife and Packing for Mars. If you don’t know the writing of Mary Roach, I’ll be … 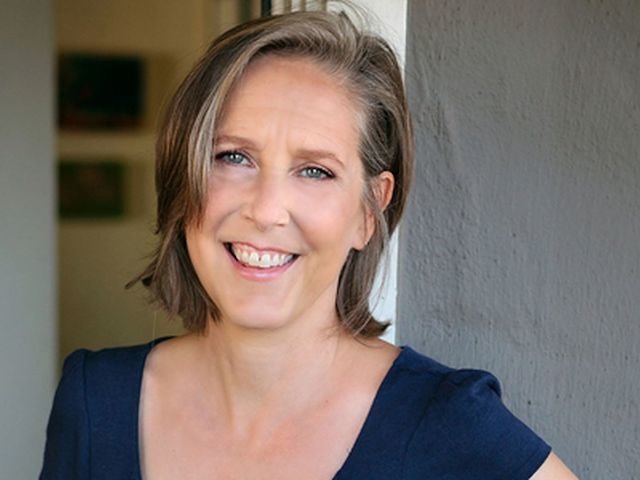 Mary Roach has learned to Grunt, Gulp, Spook and Bonk for you, while Tackling the Afterlife and Packing for Mars.

If you don’t know the writing of Mary Roach, I’ll be doing you a favor by introducing you to her books. Mary is, technically, a science writer, but is actually the kid in the back of the lecture room, who, when the speaker says, “Any questions?” raises her hand and asks what everyone else has thought but stifled: “Yes. How do astronauts go number two in their spacesuits?”

Or, can your stomach burst if you eat too much? Why doesn’t the stomach eat itself? What happens to us when we die? What happens if you vomit in your helmet during a spacewalk? Can you mate without gravity? Would you weigh less if you stepped on a scale at the top of Mt. Everest? How bad does a space capsule smell when the astronauts get home? What happens to your body if you lie in bed for a year?

She’s laugh-out-loud, read-it-to-whoever’s-next-to-you funny in the way of Jon Ronson or Carl Hiaasen, maybe even Charles Portis. Which is to say, she goes backstage to watch the experts pursue their science and shows us how odd, yet necessary, it all is. She also can’t resist making very funny wisecracks to her readers as she tags along. Her books, funny and light as they may seem at times, have received an impressive number of serious awards.

Her first book, “Stiff,” was a Times bestseller, won an Amazon Editor’s Choice selection, A Barnes & Noble “Great New Writers” citation, was named a Best Book of 2003 by five newspapers and earned an NPR “Science Friday” Best of 2003 distinction. Since then, each of her books has consistently made the Times and other prominent newspapers’ “Bestseller and/or Best of the Year” lists. In 2012 Roach received the Harvard Secular Society’s “Rushdie Award” for her outstanding lifetime achievement in cultural humanism. One final item worthy of mention was that “Gulp” was shortlisted for the Royal Society Winton Prize for Science Books.

On her website, Roach says, “I often write about science, though I don't have a science degree and must fake my way through interviews with experts I can't understand.”

Her one college degree is from Wesleyan, in psychology. Born in New Hampshire, she went out to San Francisco after college and worked for a while as a part-time writer for the San Francisco Zoological Society’s public relations department. There she was introduced to the idea that something as offbeat as an elephant’s having a wart removed might be newsworthy. And might perhaps be interesting to readers beyond the scientific world of zoology and dermatology if presented in the right way. A touch of wonder and humor, perhaps.

When not engaged in Animal-Planet-type duties she began writing freelance pieces for various newspapers and magazines and discovered that the weird science articles were both the best received and the most enjoyable to write. Mary Roach’s books are so much more than mere accumulations of odd facts. They’re nearly all participatory and read like narratives that offer digressions as she moves along. Though she’s funny, often breezy, she offers stories and information you’d not likely to come across anywhere else. And you’ll probably like her wisecracking asides as she hips you to what’s going on in the latest models of spacesuits, or any of the other hot button issues in cadaver exploration or sexual laboratory research.