Throughout history, the combined Advent and Christmas seasons of the Christian church have been characterized by some of the most joyous music of the entire liturgical year. 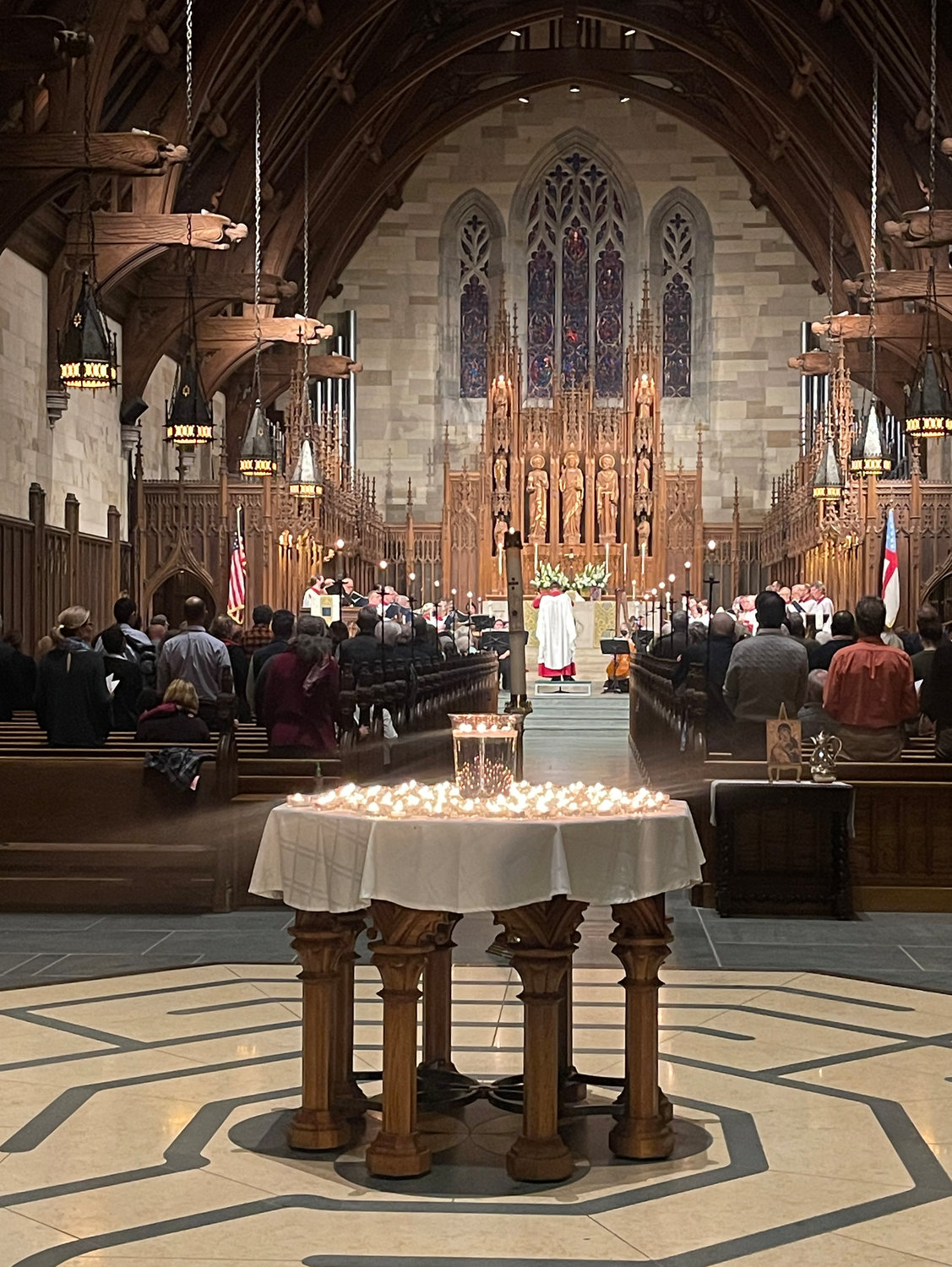 St. Paul’s Episcopal Church performing the Solemn Eucharist for the Commemoration of the Souls of All the Faithful Departed, with Andrew Kotylo conducting. 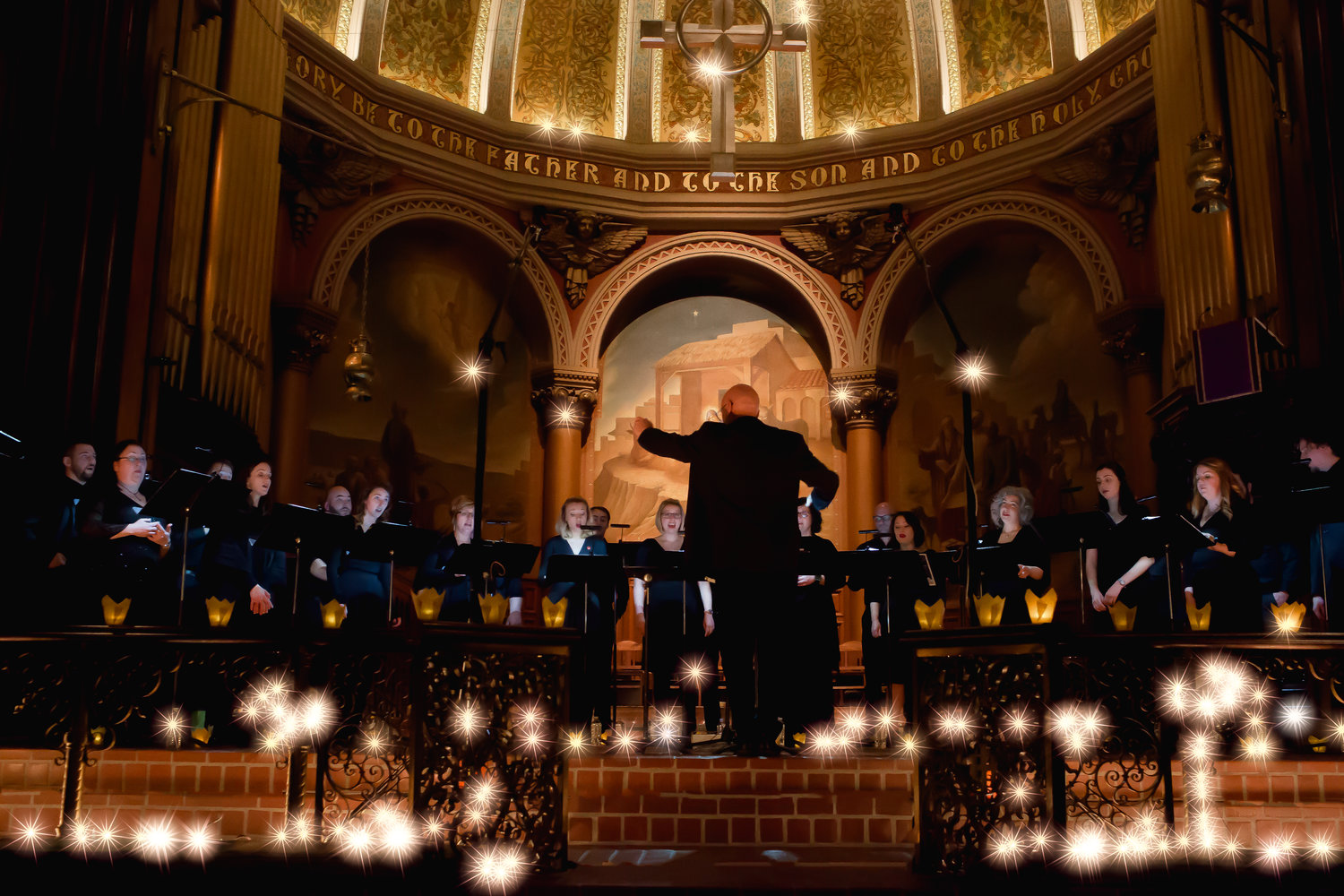 Donald Nally conducting The Crossing at the Episcopal Church of the Holy Trinity in Rittenhouse Square.
Photo by Becky Oehlers Photography
Previous Next
Posted Thursday, November 17, 2022 12:00 am
by Michael Caruso

Throughout history, the combined Advent and Christmas seasons of the Christian church have been characterized by some of the most joyous music of the entire liturgical year. If anything unites the Roman Catholic, Eastern Orthodox, Anglican and Protestant churches, it’s the use of music to welcome the Christ child.

Advent marks the start of the new liturgical year, preparing the way for Christmas, the celebration of the birth of Jesus in Bethlehem. Christians believe that he is the long-awaited messiah of Jewish tradition. Christmas and Easter (Christ’s resurrection) are the two holiest days in the Christian calendar.

Although reliable records are scarce from prior to circa 600 A.D., from that moment in history onward we know for certain that the church – first in Rome and then throughout the Christian world – marked Advent and Christmas with music specific to the seasons. When Pope Gregory the Great established what his generation called “plainsong” (and what we nowadays regularly refer to as “Gregorian chant” in his honor) as the music to be sung in the liturgies of the Latin Church, certain chants were set aside for Advent and Christmas.

These “plainsongs” served a multitude of functions. For Christians living in the western provinces of what had been the ancient Roman Empire and for whom a secure civilization was becoming a distant memory, music was the best technique for both teaching the faith and celebrating it. Employing the same basic melodies throughout the fallen western half of Rome’s ancient empire, music also established that portion of Christendom as independent from the eastern Greek half of the Empire, now centered in Constantinople and denoted as Byzantine.

Throughout the subsequent centuries, the role of music in the church’s celebrations of Advent and Christmas became more and more seminal and distinctive regarding the separation in the Western church throughout the 16th century into Catholic, Anglican, Lutheran and Reformed churches. In our times, the differences have receded and the similarities have come to the fore, so that Christians of all traditions – and many non-Christians, as well – anticipate attending many holiday concerts and liturgies.

Here in Chestnut Hill, St. Paul’s Episcopal Church will round out the old liturgical calendar and inaugurate the new year with three interconnected events.

Over at the Episcopal Church of St. Martin-in-the-Fields, Chestnut Hill, music director Tyrone Whiting will direct his choir members in an Advent Procession Sunday, Dec. 4, at 5 p.m.

Further down along the Avenue, the Presbyterian Church of Chestnut Hill will be the site of several Christmas musical events.

The Pennsylvania Girl Choir will give two performances of its holiday program: Sunday, Dec. 4, at 3 and 6 p.m. Piffaro, the Renaissance Band, will present “Festa di Natale” Saturday, Dec. 10, at 7:30 p.m. And Donald Nally will conduct “The Crossing @ Christmas” Sunday, Dec. 18, at 5 p.m.

The Mendelssohn Club will present its annual “Feast of Carols” at St. Paul’s Church Saturday, Dec. 10, at 2 and 5 p.m.

For those who venture to the Main Line, several musical events might catch your eye and entice your ear. The Bryn Mawr Presbyterian Church will be the site of a “Messiah Sing-in” featuring Singing City Choir under the direction of the church’s music director Jeffrey Brillhart Sunday, Dec. 11, at 3 p.m.

The Episcopal Church of the Good Shepherd, Rosemont, will celebrate an Advent Lessons and Carols Sunday, Dec. 11, at 3 p.m. under the direction of Matthew Glandorf, its music director. Glandorf is also the music director of Choral Arts Philadelphia. Together they’ll perform Bach’s “Christmas Oratorio” Saturday, Dec. 31, at 4 p.m. in the Episcopal Cathedral of Philadelphia.

Celebrate the Christmas season with music!

You can contact NOTEWORTHY at Michael-caruso@comcast.net. To read more of NOTEWORTHY, visit www.chestnuthilllocal.org.