For some time, the Penn Charter field hockey team has changed head coaches every one or two years, but now its looks like the Quakers may have found a mentor who will become a steady leader. 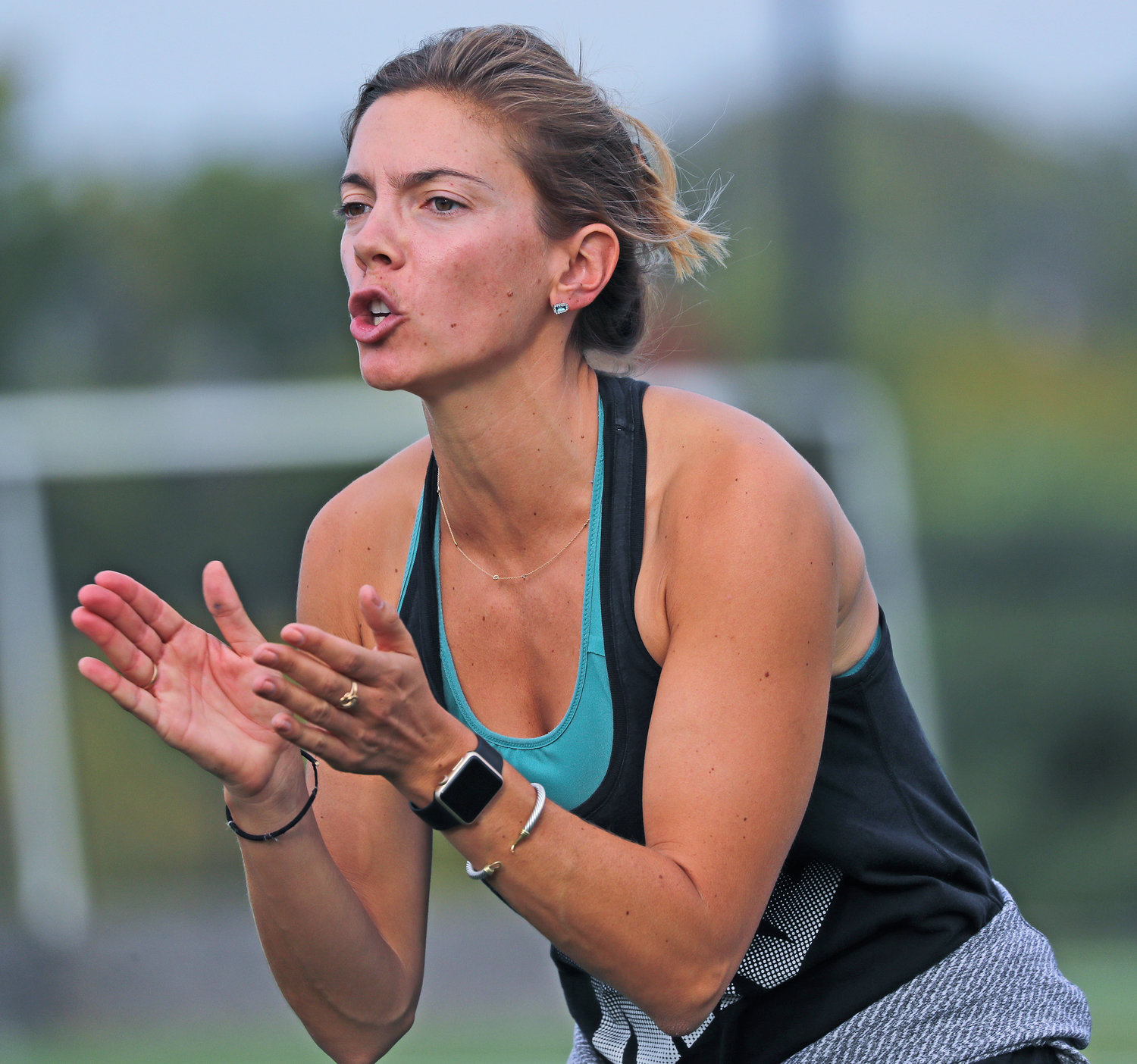 A 2005 Penn Charter graduate who played collegiate field hockey at Penn, Margaretha Ehret has returned to PC to pilot the Quaker sticksters.
Photo by Tom Utescher
Posted Wednesday, September 21, 2022 12:00 am
by Tom Utescher

For some time, the Penn Charter field hockey team has changed head coaches every one or two years, but now its looks like the Quakers may have found a mentor who will become a steady leader for the squad. Margaretha "Gretta" Ehret, a 2005 Penn Charter graduate who helped lead the Quakers to a share of the 2003 Inter-Ac League championship, has returned to School House Lane to take charge of the program. Ehret signed with the University of Virginia coming out of Penn Charter, later transferring and finishing her playing career at the University of Pennsylvania.

As a coach, she had a highly successful tenure at Merion Mercy Academy, and more recently served as a volunteer assistant coach back at Penn.

A sense of continuity on the Penn Charter coaching staff will be provided by longtime assistant coach Rachel Dyer.

A bumper crop of student athletes turned out for the sport this fall, a total of 45.

There are no designated captains for the Quakers this season; the 14 seniors will lead the team as a unit. Many of them are versatile athletes for whom field hockey is not the primary sport. However, two seniors have committed to play hockey in college, Ashlee Bucksar at Liberty University and Sydney DelBello at Johns Hopkins.

Both were in the starting line-up last Tuesday when Charter opened its 2022 season with a victory over visiting Shipley School (2-0), and their classmate Chloe Pinto was in goal. The other starters were seniors Aisling Brady, Bea Buckley and Alex Glomb, juniors Katie Fitzpatrick and Zady Hasse, sophomores Kaylinn Bethea and Fiona Brady, and freshman Ava Diaz.

The play was relatively even between Penn Charter and the visiting Gators in the first half of Tuesday's opener. The Quakers were the more aggressive team as the second half got underway. With 6:46 remaining in the third quarter, a hard shot by Aisling Brady caused the ball to deflect off the stick of a defender at the goal line and into the cage. At 4:59, an insurance score was added by Glomb.

The Quakers had the better of the play the rest of the way, and narrowly missed on several other scoring chances.