So long chumps! I'm taking my Burkina Faso money and hitting the road.

Thanksgiving may be over but it's never too late to be grateful. In this time between White House administrations, nobody's looking if you want to get some international business done. You can't …

So long chumps! I'm taking my Burkina Faso money and hitting the road. 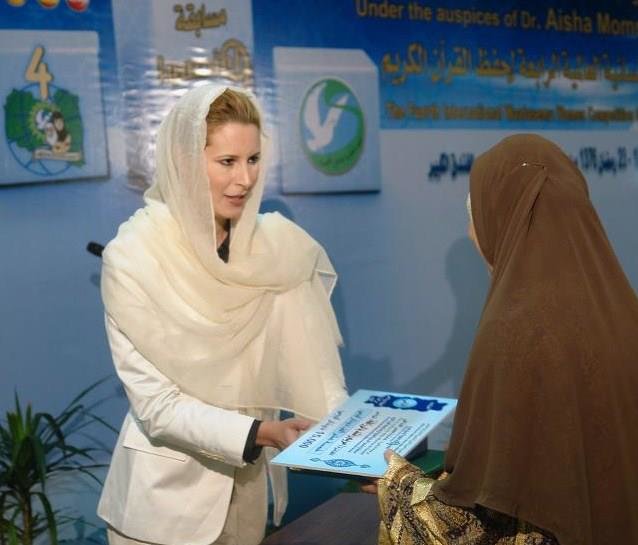 “Aisha Gaddafi” provided me with this photo: Proof that she is willing to trust me with her undisclosed fortune if I share with her my banking credentials.
Posted Thursday, December 3, 2020 2:43 pm
by Hugh Gilmore

Thanksgiving may be over but it's never too late to be grateful. In this time between White House administrations, nobody's looking if you want to get some international business done. You can't believe the deals that fell in my lap this week.

I’m not saying goodbye just yet, not exactly, because some details of my new ventures haven’t been finalized. But if this baby turns out like I hope, it’s “Sayonara, Chestnut Hill, Hello Happiness!” I’ll leave the area at once and go live with a richer class of people – as soon as one of my new business partners transfers money to my onshore account.

"Potential" business partners, I mean to say. I'll have to choose from among a lot of them. Opportunities fly at me every time I open my incoming email box. I'm guessing the foreign business markets have been choked down for a few years, but are loosening up now. People on the other side of our planet probably knew all along what good people we Americans are and want to show their gratitude to us. Not us – me, actually. There's something special about me. I'm not sure what it is yet, so I'll just let it go at that. Why look a gift horse in the wallet? to coin a phrase.

In case you're getting skeptical, I'll name some of the deals I've been offered. First, there's Mrs. Nicole Marois <nicole223marois@aol.com> who saw my email address and could tell from it that I'm trustworthy. She's over there in Burkina Faso, Africa. Her husband died eight years ago "after an illness that lasted five days." That's sad news. But he did leave her US $9.2 million.

Problem is, she's dying too (cancer) and wants me to receive her money and have some of it go to "charity people" and the rest to an orphanage (Nicole grew up as an orphan). The deal: 30% of her money goes to me; 70% goes to charities. That would leave me, let's see, gonna need a calculator here...US $2.76 million, sort of rookie utility infielder money.

Not bad, but you know that old song, "I got a gal in Kalamazoo"? I got a second one in Burkina Faso too. This one's name is Yeety Bayarmaa <mrsyeetybayarmaa2@gmail.com>. She's originally from Choir, Mongolia, "but based in Burkina Faso." (Coincidence? I wondered.) I don't know whether she's a widow too, but she sure is forward, addressing her email to me, "Greetings Dearest Beloved." It's been a while since I've been addressed that way. Not since I used to work as a simulated corpse-coffin model for ministers and funeral directors to practice on. (Not much money there, and you have to take your shoes off to do it, but it's very nice to lie in satin...but I quit that job and started writing for the Local.)

"Yeety," as I call her, is very talkative, though. She says, "Now that I'm ending this Earthly race in this sad manner without any family members nor child, I deem it necessary to build an Orphanage home." No problem. I like kids too. The rest of her money is coming to me in this way: Of the $5.8 million USD in the BANK COMMERCIAL DU BURKINA, she wants 40% to go to me ($3.32 million) and the rest to be used to build an orphanage "in my name in your country just to immortalize my time on Earth and my mind to be at rest." So, that's something to think about. Slightly more money for me than the first deal, but more responsibility too.

And there's the lure of simplicity to consider. Mrs. Wright Anderson <uuusmmmmmm011@yahoo.com>, somewhere in Africa, wrote me that she works "with the department of Audit and accounting manager here in the Bank of Africa." She's got US $18.5 million growing stale in the vault. I’ll get 45% and 55% will go to her after we collude to get the money transferred to my bank here in Chestnut Hill. That's $8.325 million for me. Best deal yet – and I wouldn't have to buy a copy of "How to Build an Orphanage for Dummies."

I don't know whether it's my new hair comb-over, or what, but I got another offer from a woman this week. This one, I'm a little leery of. Remember Moammar Gaddafi? The guy that used to run Libya? His only biological daughter – "Aisha" she wants me to call her – has "stuck money bag" problems too, only she's in Oman.

She must have seen a picture of me or something because she got pretty personal right away. She tells me stuff like, "I am 5 feet and 8 inch tall" and "I am fervently impressed with dealing with you in person." She also believes in "mutual affection."

She even sent five flattering color photos of herself (two were identity cards). What's the catch? I kept asking myself between self-pinching episodes. Could it be her statement, "I have always thought of remarrying someday if I find a good man."  Hmmm. I reread her letter for the 20th time to figure how much she's offering in exchange. She won't say how much, but I bet it's a lot. She says she trusts me to manage the funds once she and her children move here and we all live together. She's pretty. She's only 44. I could build an orphanage just for her children somewhere here in Chestnut Hill.

Okay, I'll admit it. I am lucky. Very lucky. Whew! Luckier than I ever imagined I’d be. But, hey, there was some skill involved too. Well, not skill exactly, but perseverance, preparedness, and perspicacity – the “3 Ps.” I was at the computer, putting in long and lonely bouts of time where it was just me against the world and the world hurling its confoundments at me left and right. Then Mr. Trump went off to the Big Golf Park of the Retired and the international financial markets came looking for a fellow like me. So: so long.

Don’t get me wrong, I’ve enjoyed writing for the Local. Soon I can afford to hire someone smart to write my column for me. I’ll keep the byline and photo inset, of course.

Hugh Gilmore, so far, owns a lot of used books and lives on a rise of ground in Chestnut Hill.