Tamarindo’s, whose comfort food is as comfortable as a pair of flat shoes, is named for the tamarind, a fruit common in the Yucatán. 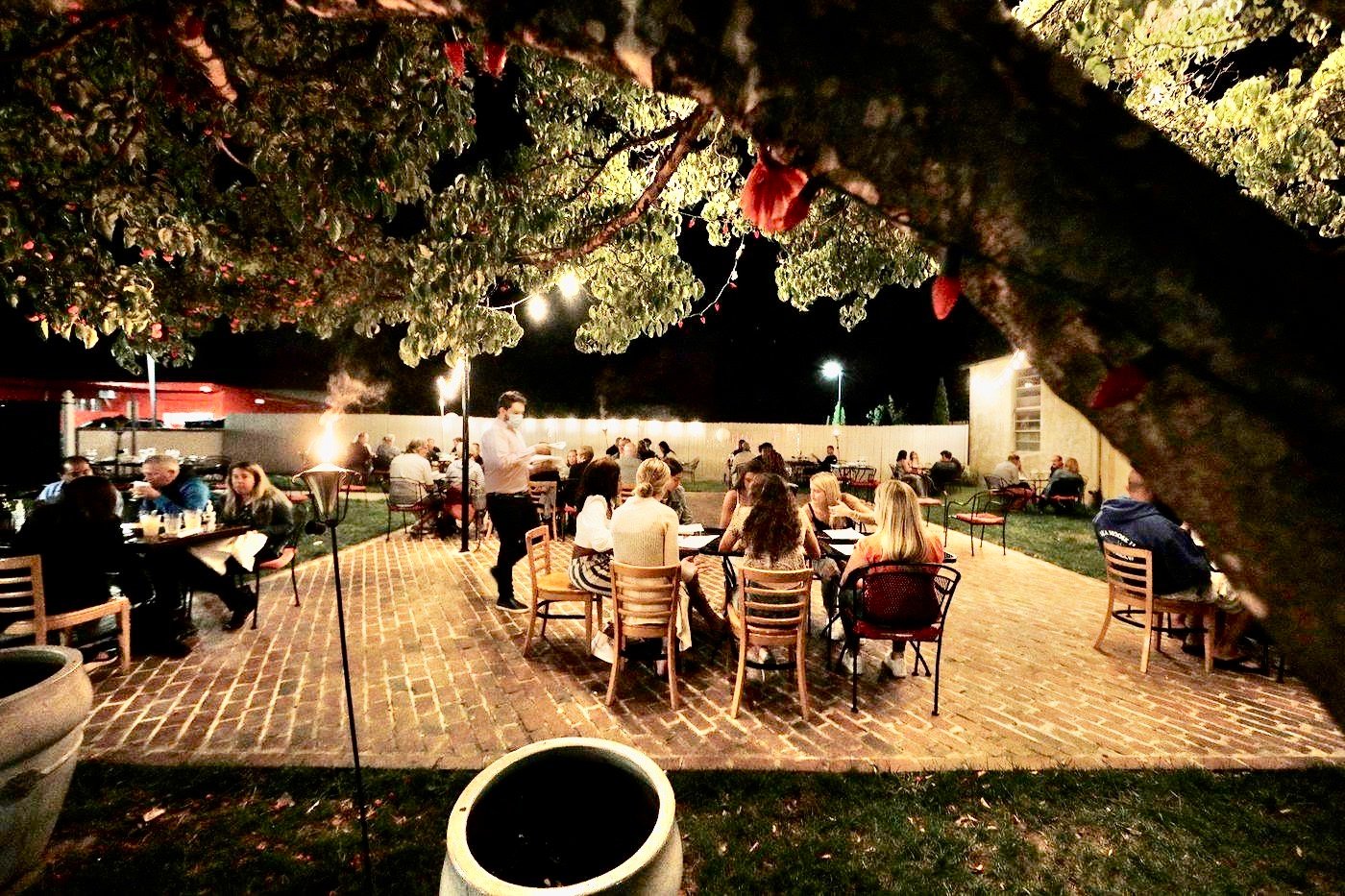 This lovely, quiet patio is bound to get much more busy as we enter into the warm weather months.
Posted Wednesday, May 18, 2022 12:00 am
by Len Lear

Fernando Sauri is the owner of Tamarindo’s, a BYOB Mexican restaurant with unlimited, free margaritas that has become a talisman for local foodies.

It opened late in 2015 at 726 Bethlehem Pike in Flourtown and is as focused as a guided missile. (Prior to that Sauri owned Tamarindo’s for 16 years in a small strip mall just past the Broad Axe Tavern on Skippack Pike.)

Sauri is a native of the Yucatán Peninsula in southeastern Mexico, where he managed a restaurant. Like so many other immigrants, he came here to get on the stairmaster of success. He came to Wisconsin at age 27 because he had a friend there, but he grew tired of the cold weather, so he came to Philadelphia, where his wife was from.

Tamarindo’s has a small dining room in the front of the building and a much larger one in the rear. There are 120 seats inside and 54 more on a charming torch-lit backyard patio.

Before 2018, I had two “beefs,” so to speak, with Tamarindo's. One was that tables were right up against each other in the main dining room. And secondly, the acoustics were not the best, and coupled with the cheek-by-jowl seating situation, this made for a noisy dining experience if the restaurant was crowded.

However, in 2018 construction workers built a whole new room, and Sauri didn’t crowd it with tables, so there is now much more space than there was before. In addition, he purchased 24 large acoustic panels at a cost of $300 each and installed them in the main dining room. So between those two factors, the noise issue essentially has been eliminated.

Although he loves feeding and entertaining customers, Fernando is the first to admit that the restaurant business, which consumes almost every waking hour for the independent proprietor, is often a relationship killer.

“Every woman I have ever had a relationship with could not stand the long hours I have to work — weekends, nights and holidays included,” he said, “but there is no way around it in the restaurant business.”

After years of working as a server in other restaurants — Tequila’s and The Palm in Center City and Marabella’s in Blue Bell (owned by former Rex Avenue resident Gabe Marabella) — why did Fernando want to open his own restaurant since the hours never seem to end?

“First,” he replied, “I wanted to be my own boss and put into practice all of my experience. I also wanted to show people in this area what real Mexican food is like. Many Americans think it is just tacos, burritos and enchiladas. The fact is, though, that every region of Mexico has its own cuisine that is different from the others.”

The Yucatán Peninsula, which separates the Gulf of Mexico from the Caribbean Sea, has many sea ports and has historically had cultural and commercial ties with Europe, especially France, New Orleans and Cuba. So Yucatán residents were influenced by these countries in their style of dress, architecture and cooking, so the dishes from the region have a strong European influence.

Tamarindo's plays the seafood card like a Las Vegas dealer. One excellent entree, very reasonably priced, is the salmon Negro ($23.95), a glazed salmon filet, sinfully juicy inside, pillow-soft and cooked to a sublime tenderness, served over a bed of black beans with rice and veggies and topped with a poblano pepper sauce.

Another hero is the shrimp tacos ($21) with every element singing in harmony. Aromatic shrimp tacos are served on flour tortillas with sensuous green sauce and pico de gallo and, of course, rice and beans.

By the way, Tamarindo’s, whose comfort food is as comfortable as a pair of flat shoes, is named for the tamarind, a fruit common in the Yucatán.

For more information call 215-619-2390 or visit tamarindosrestaurant.com, Len Lear can be reached at lenlear@chestnuthilllocal.com

Look up, and listen too! Fall foliage is a sensory treat

Haws Lane: Half for townhouses, half for open space