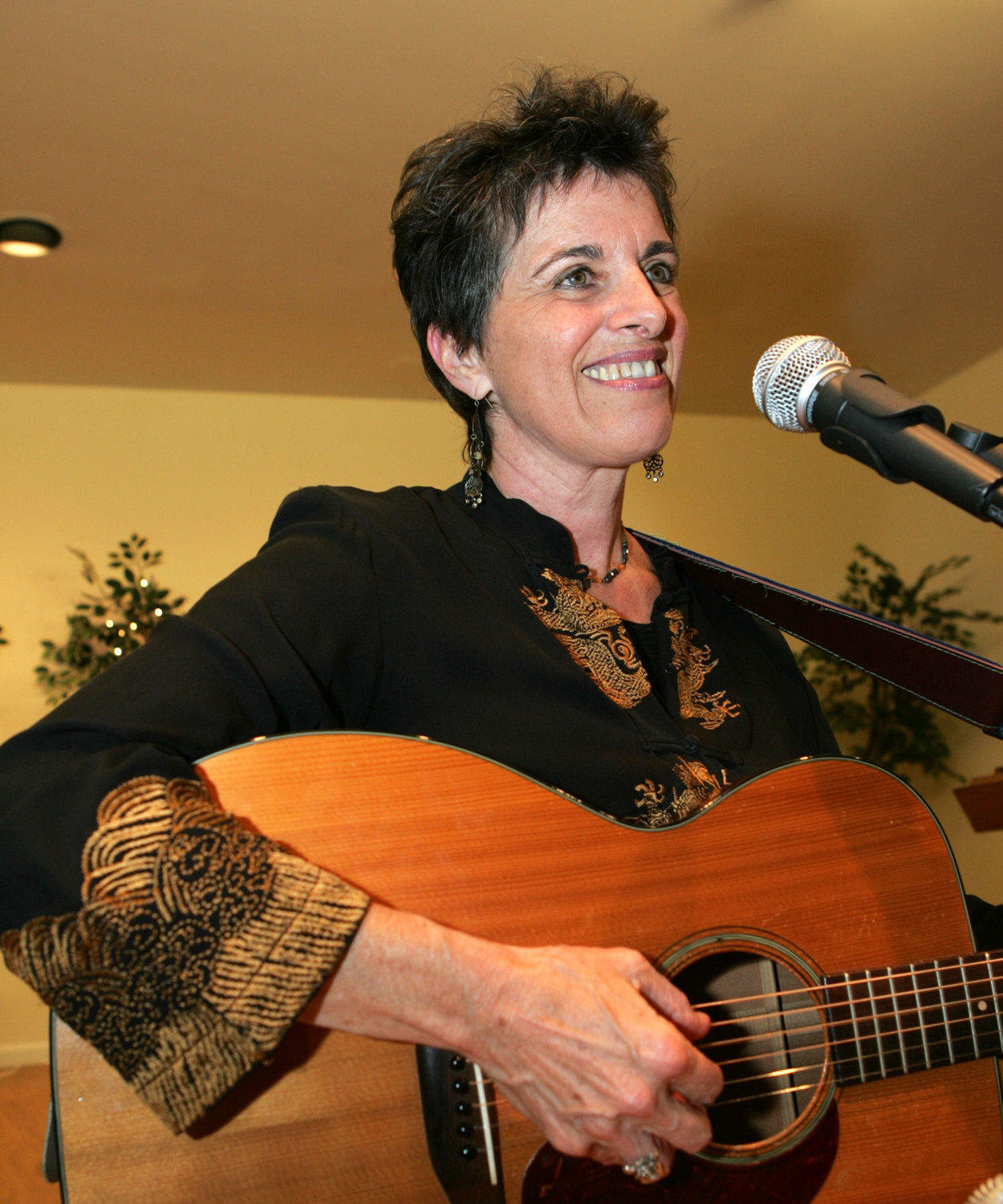 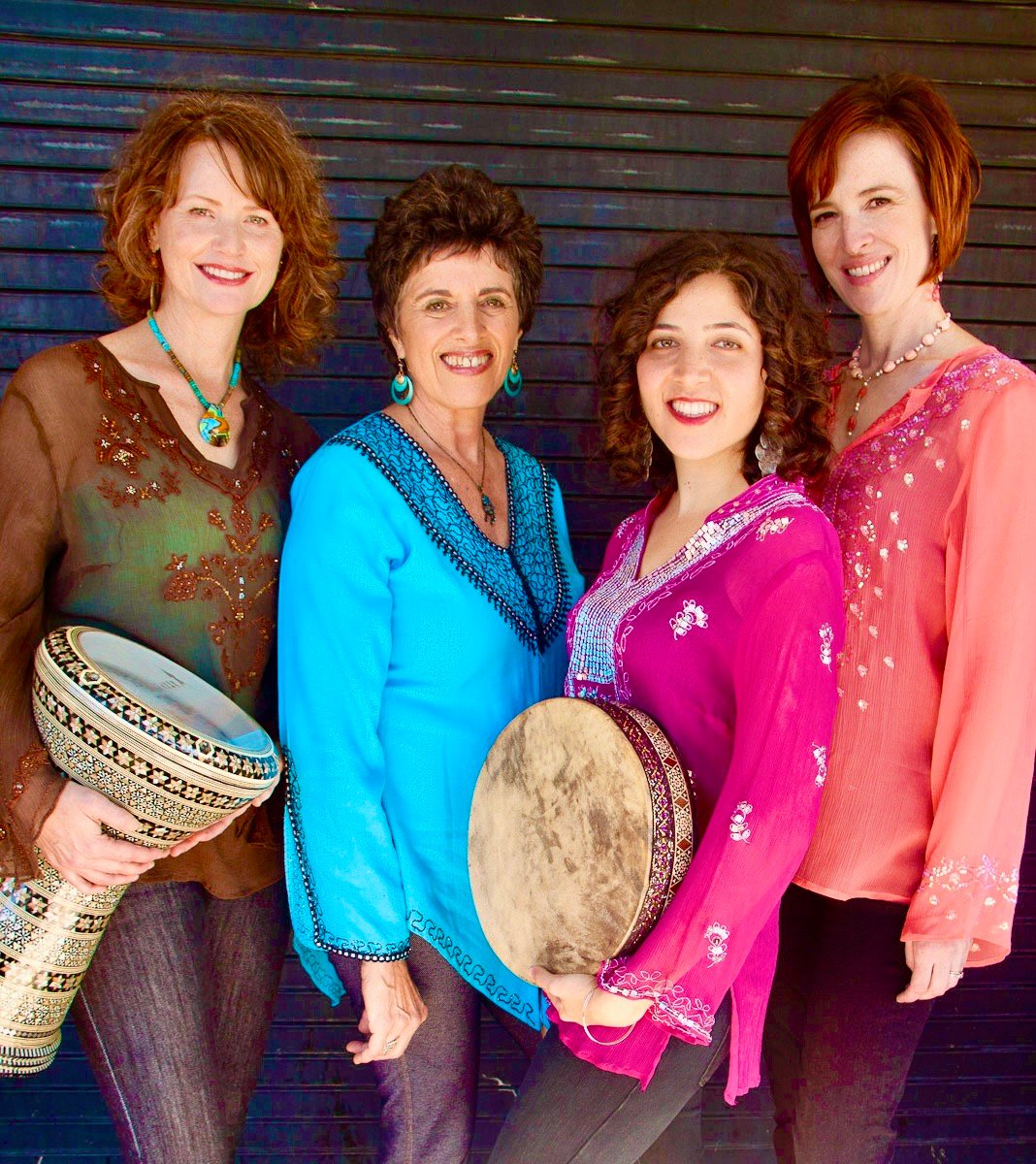 Linda Hirschhorn (second from left), who will perform Sunday, May 1, at The Shalom Center in Mt. Airy, is the founder of Vocolot, a women's a cappella ensemble “performing original music with universal heart, Jewish soul and social conscience.” Other members are (from left) Liz Stuart, Talla Cooper and Shana Levy. Photo by Lili Shidlovski.
Previous Next
Posted Friday, April 29, 2022 6:00 am
by Len Lear

Linda Hirschhorn, an acclaimed singer/songwriter, cantor and spiritual leader of Temple Beth Sholom in San Leandro, Calif., will perform Sunday, May 1, via Zoom and in person, at The Shalom Center in Mt. Airy.

Hirschhorn, who was quick to say that she is not a rabbi, travels around the country working with community choirs and performing. She has released 10 original recordings and is the director, founder and primary composer for Vocolot, “the first-ever Jewish women's a cappella ensemble.”

She said she founded the group because she was writing songs with multiple harmonies “and could not perform them by myself.”

Her daughter, Talia, will be singing with her on May 1.

“I started Vocolot when [Talia] was just two years old. She joined Vocolot when she was 25,” Hirschorn said. “She knew all the songs and harmonies because she’d been hearing them all her life. She is a fabulous singer/songwriter herself.”

Hirschhorn, who has been at the forefront of the Jewish music scene for decades, has been singing since she was nine and writing music since she was a teenager.

She writes songs in Hebrew, Yiddish and English. They include adaptations of liturgy and poetry, folk songs and protest songs. She treasures the Talmud, the primary source of Jewish theology, and was a college philosophy major.

Rabbi Rachel Barenblat, a prolific poet who has served as the spiritual leader of Congregation Beth Israel in North Adams, Mass., since 2011, said the “polyvocal” nature of [Hirschhorn’s] harmonies is emblematic of Jewish sacred texts.

“She believes that different voices blending together in harmony is not only a metaphor for, but an example of, the kind of coexistence the world needs,” Barenblat said. “And after a few hours singing under her enthusiastic tutelage, I’m inclined to think she’s right.”

Hirschhorn grew up in the Washington Heights section of Manhattan. She went to Queens College for one year, then to the University of Jerusalem for a year, then City College of New York, where she graduated in 1969. She then spent a year studying Dalcroze Eurhythmics, a method of teaching concepts of rhythm, structure and musical expression using movement. Hirschhorn moved to California in 1970.

“I had read a New York Times Magazine spread about [San Francisco], and it sounded terrific,” she said last week. “I was tired of the crime, roaches, noise and crowdedness of New York. I lived in San Francisco for 13 years before moving to Oakland.”

When asked what people, living or dead, Hirschhorn would most like to meet, she said, “I’d like to talk to Emma Goldman. She spoke her truths and lived her passions. I’d love to hang out with Lily Tomlin, a funny lady. I like to think that I am as well. I got voted the funniest girl in eighth grade and I am still proud of that.”

At the Shalom Center, Hirschhorn will be singing songs from traditions associated with May 1 - one pagan, one pro-labor. The former, May Day, is the ancient pagan celebration of “Spring Rising,” celebrated by dancing with colored ribbons connected to a tree or maypole. The latter is the spring festival of the “People Rising,” which has its roots in the May Day strikes that began in Chicago in 1886 when workers demanded an eight-hour workday.

Rabbi Arthur Waskow, founder of The Shalom Center, said that pre-registration is required to attend the concert. “There is a limit of 100 people on the in-person option,” he said. “The concert will also be recorded.”

For more information, call 215-844-8494 or visit theshalomcenter.org. Len Lear can be reached at lenlear@chestnuthilllocal.com