St. Martin’s Church celebrates music with a showcase of its own

The Episcopal Church of St. Martin-in-the-Fields, Chestnut Hill, celebrated the opening of its 2022-23 season of musical events with an engaging potpourri.

St. Martin’s Church celebrates music with a showcase of its own 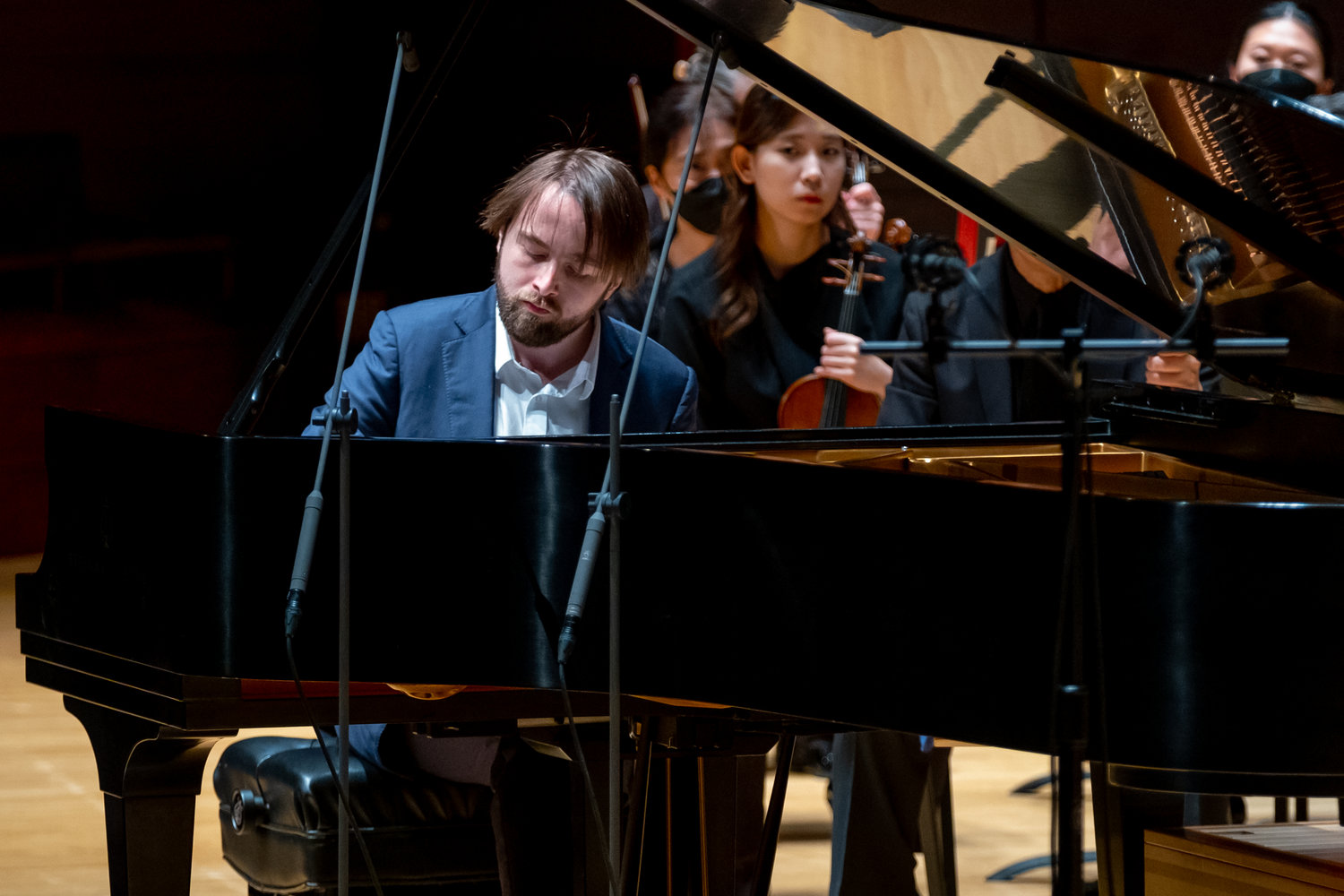 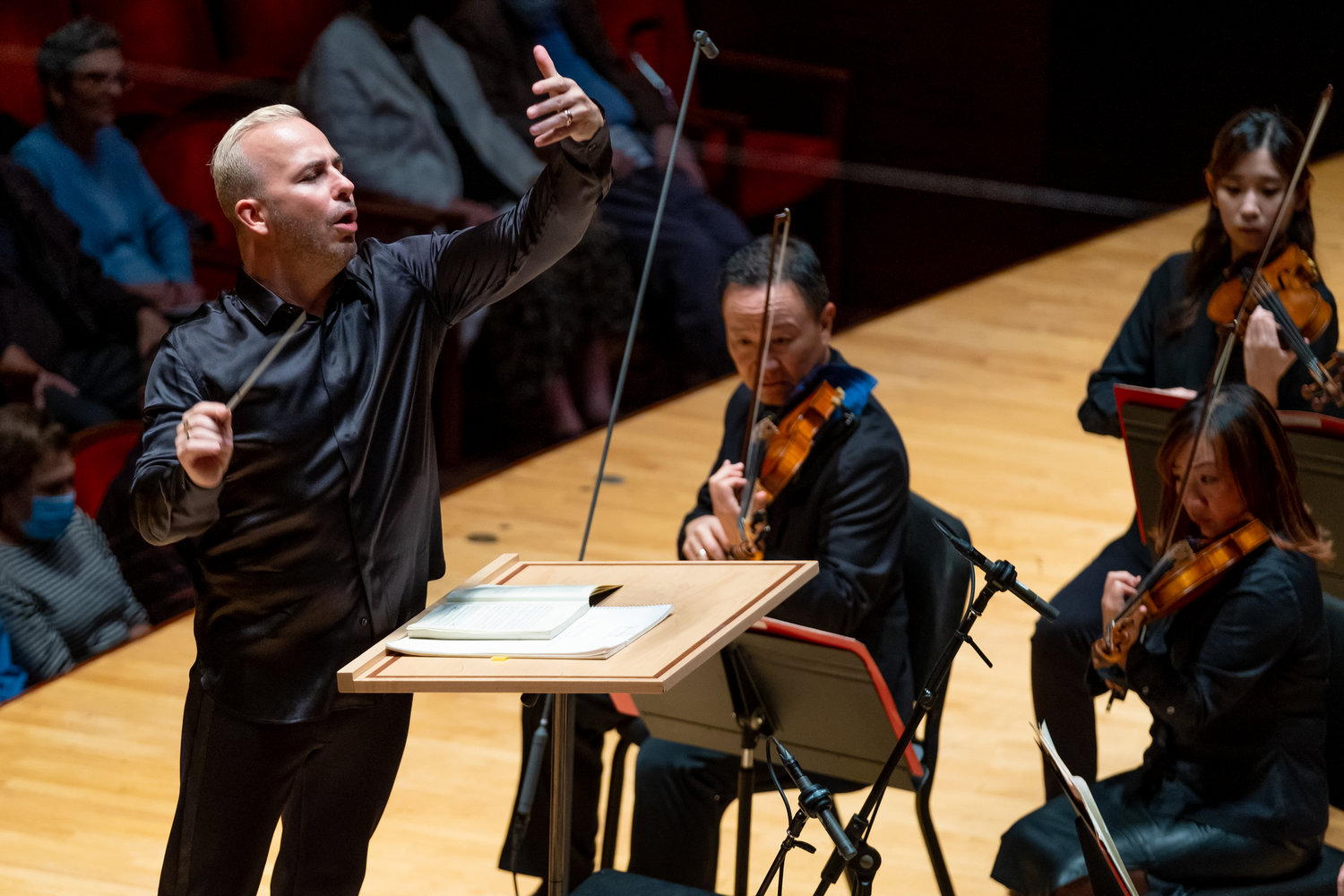 Music director Yannick Nezet-Seguin presided over the opening of the Philadelphia Orchestra’s 2022-23 subscription concert season in the Kimmel Center’s Verizon Hall.
Previous Next
Posted Thursday, October 13, 2022 12:00 am
by Michael Caruso

The Episcopal Church of St. Martin-in-the-Fields, Chestnut Hill, celebrated the opening of its 2022-23 season of musical events with an engaging potpourri showcasing the various parish ensembles that provide music for church members and the community, at large.

The two sets of choristers were admirably heard in music that spanned the centuries from the opening of Antonio Vivaldi’s “Gloria” to traditional folk songs and spirituals. With Whiting accompanying at the piano, the singing was well-molded and emotive.

The Academy of Vocal Arts opened its 2022-23 season of performances with its annual “Giargiari Bel Canto Competition” Friday, Sept. 30, in the Kimmel Center’s Perelman Theater. The concert drew a full house of opera lovers that heard 12 of the school’s students sing two contrasting arias spanning a broad range of the repertoire.

As has been the case for many years, the program was assembled by AVA’s masterful vocal coach, Danielle Orlando. She not only helped the young singers choose their pieces and coached them in their interpretations, but she accompanied them all Friday evening on the Perelman’s splendid Steinway & Sons concert grand piano.

Three winners were declared this year: first and second places chosen by a panel of three judges and a third chosen by the audience members.

Tenor Angel Raii Gomez was the audience’s favorite. He proffered exemplary singing in a selection from Rossini’s “L’italiana in Algieri,” but it was his courageous nailing of those nine “high C’s” in Donizetti’s “Ah! Mes Amis” from “La Fille du Regiment” that stole the show and won the prize.

Following an opening night gala Sept. 28, whose program reminded me of “The Ed Sullivan Show,” where vaudeville finally died in 1971, the Philadelphia Orchestra opened its 2022-23 season of subscription concerts in the Kimmel Center’s Verizon Hall with concerts Sept. 30 through Oct. 2. Music director Yannick Nezet-Seguin presided over a program that opened with Valerie Coleman’s “Umoja, Anthem for Unity,” continued with Liszt’s Piano Concerto No. 1 in E-flat major with Daniil Trifonov as soloist, and concluded with Dvorak’s Symphony No. 8 in G major.

Coleman’s “Umoja” is a work of surpassing tonal beauty, lyrical phrasing and exquisite textures. What it lacks is a better command over structure in order to come to a convincing conclusion rather than simply coming to an end.

Trifonov is a brilliant pianist. He played the Liszt with an excess of brilliance – literally excessive to the point of tawdry dazzlement. On the other hand, after intermission Nezet-Seguin proffered a glorious rendition of Dvorak’s Eighth Symphony, reminding me of the Orchestra’s “glory days” under Ormandy and Sawallisch.

The opening movement coursed with dramatic revelation, the second sang with the warmth of a folk song, the third throbbed with intimacy and the closing movement reveled in engaging exuberance.

Old St. Joseph’s Roman Catholic Church, 4th and Walnut Streets, Society Hill, will host a recital Sunday, Oct. 23, at 3 p.m. A string quartet comprised of students of the Curtis Institute of Music in Philadelphia will perform Mozart’s String Quartet No. 19 in C major, K. 465, and Mendelssohn’s String Quartet No. 3 in D major, Opus 44, no. 1.

“Old St. Joe’s” was founded in 1733 by the Jesuit Fathers and is the oldest Catholic parish in Philadelphia. The current church is the parish’s third and was built in 1838 in the Greek Revival style of architecture. The church is renowned for its resonant acoustics. For more information call 215-923-1733 or visit.oldstjoseph.org.