The Episcopal Church of St. Martin-in-the-Fields hosted its first Pride Choral Evensong Sunday afternoon, June 5. The traditional Anglican liturgy of the evening service was officiated by the Rev. James H. Littrell, featured the preaching of the Rev. Dr. Nora Johnson, and was immeasurably enhanced by the contributions of the parish’s music director, Tyrone Whiting. 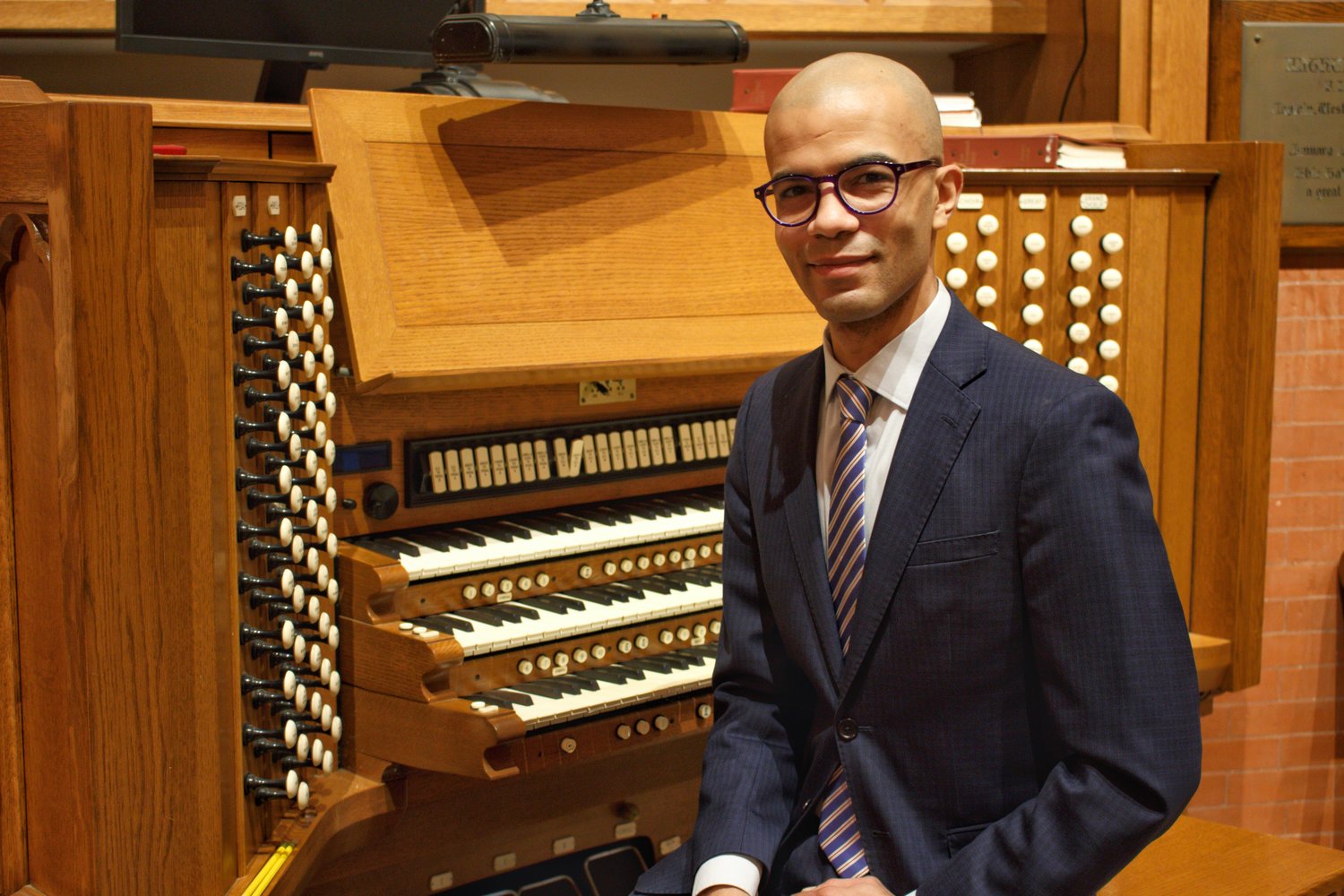 The Episcopal Church of St. Martin-in-the-Fields hosted its first Pride Choral Evensong Sunday afternoon, June 5. The traditional Anglican liturgy of the evening service was officiated by the Rev. James H. Littrell, featured the preaching of the Rev. Dr. Nora Johnson, and was immeasurably enhanced by the contributions of the parish’s music director, Tyrone Whiting.

If it weren’t for the Pride designation, the program of Sunday’s Choral Evensong wouldn’t have been noticeably different from the liturgy proffered by any other Choral Evensong celebrated at St. Martin’s on any other Sunday of the year. Two preludes were played (at the piano), an opening hymn was sung, the “Preces” and “Responses” were chanted by a member of the choir, Psalm 150 was presented in a traditional choral setting, a “Magnificat” and “Nunc Dimitis” were also sung by the choir, the congregation said the “Apostles’ Creed” and the choir chanted “Lord’s Prayer,” a sermon was preached, a choral anthem was performed, the closing hymn was sung by the congregation, and an organ postlude was played.

So, then, why was the word “Pride” attached? For one reason, the month of June has been designated as the one in twelve set aside to celebrate the combined LGBTQ+ community. More profoundly, though, all the music performed was composed by members of the community, and a goodly proportion of those performing it and overseeing the liturgy are also among its members.

The settings of the “Magnificat” and “Nunc Dimitis” were written by Sarah MacDonald. She is the first female director of music appointed at a college at either Oxford or Cambridge Universities, holding that post at Selwyn College, Cambridge.

Her “Magnificat in A-flat” boasts a well-defined narrative line, presenting the biblical text in a convincing flow of cumulative development of harmonic progressions and thematic counterpoint. While MacDonald employed a rhythmically vibrant character for her “Magnificat” – effectively delineating the Blessed Virgin Mary’s joy at knowing that she will bear Israel’s long-awaited Messiah – she chose a more muted, reflective mood for her “Nunc Dimitis” to reveal St. Simeon’s gratitude at seeing in the flesh that very Messiah before his own passing.

Whiting conducted a chorus comprised of members of St. Martin’s own parish choir as well as members of the choir of historic Christ Episcopal Church in Old City. That parish’s music director, Parker Kitterman, was at the organ for the service.

Whiting drew beautifully shaped singing from his choristers. Loud passages were smoothly blended and powerfully molded while soft sections were securely supported and projected. Blend between the sections was evenly voiced and diction was excellent.

The singing was equally memorable in Calvin Hampton’s anthem, “A Repeating Alleluia.” The composer was able to give ongoing and deepening meanings to that single word by inflecting it in an ever-changing yet uninterrupted flow of reiterations.

Kitterman gave a stirring reading to Hampton’s “Fanfares” at the service’s close. In the interest of full disclosure, his son studies piano with me at the Mary Louise Curtis Branch of Settlement Music School.

In the reaffirmation of “It’s a small world here in Philadelphia,” earlier Sunday morning, while attending Solemn High Mass for Pentecost at St. Mark’s Episcopal Church in Center City, I had the chance to hear Mother Johnson deliver her first sermon of the day. And that connection brings me to the Ama Deus Ensemble’s “Vivaldi Festival,” which I caught Friday evening, June 3, at St. Mark’s Church.

The concert’s two principal works were of particular interest to me. The Venetian master’s best-known score is “The Four Seasons,” a set of four violin concerti proffering musical portraits of “Spring,” “Summer,” “Autumn” and “Winter.” His hundreds of other instrumental concerti form the foundation of his inclusion, along with J.S. Bach and G.F. Handel, as the “Big Three of the Baroque.”

But Antonio Vivaldi (1678-1741) also composed many sacred choral works. Two of these – the “Magnificat in A minor” and the “Gloria in D major” – were the major scores performed by the combined choral and instrumental forces of the Ama Deus Ensemble under the baton music director, Valentin Radu.

Both the “Magnificat” and “Gloria” share numerous compositional characteristics with Vivaldi’s more famous instrumental scores. The dramatic use of unison writing, shimmering cascades of harmonic progressions voiced with bracing transparency (proto-Mantovani?) and heightened settings of the solo voice above its accompaniment are all present and accounted for. Added to that, however, is a fine sensitivity to presenting the text in the depth and breadth of its meanings, both denotation and connotation, that marks Vivaldi as one of the greatest composers of sacred choral music of all times.