For his introduction to the local community, Tyrone Whiting conducted an expanded choir in the parish’s final Choral Evensong of the liturgical year. 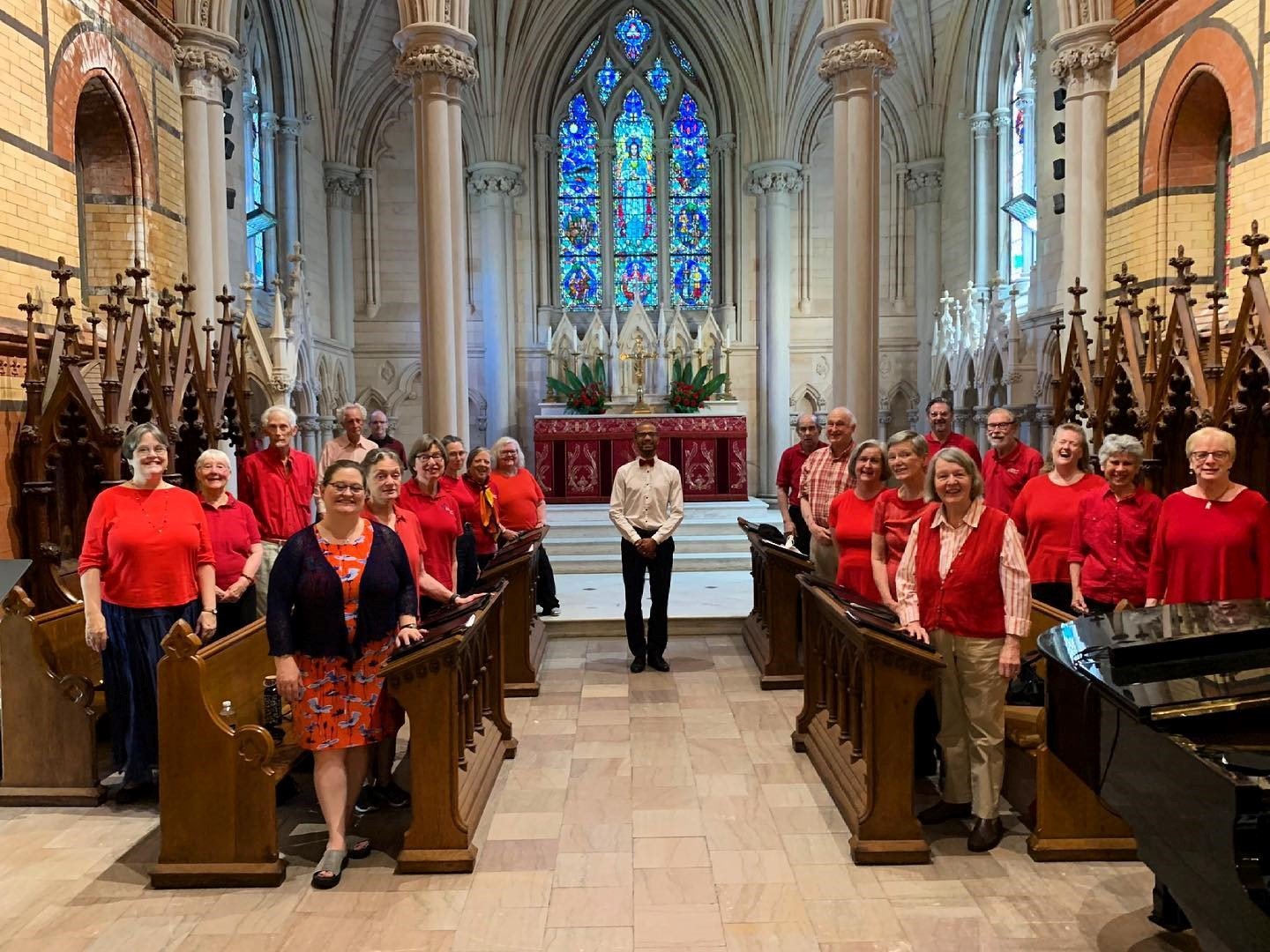 After a wait of more than a year due to the Covid-19 lockdown, the Episcopal Church of St. Martin-in-the-Fields, Chestnut Hill, was able to welcome onboard its new music director. For his introduction to the local community, Tyrone Whiting conducted an expanded choir in the parish’s final Choral Evensong of the liturgical year Sunday, June 6. Despite the oppressive heat, a large number of congregants and friends heard Whiting lead and perform a roster of music by Reger, Harwood, Tchaikovsky and Vierne.

Born in the Croydon section of London, Whiting explained that he first displayed an interest in music at the age of five and began piano lessons when he was seven. At the age of eleven, he was enrolled in a preparatory school for young musicians. Alongside piano, he studied violin, taking up organ lessons when he was 14. Further work with Philip Fowke, Stephen Jackson, William Whitehead, Daniel Moult and Philadelphian Elise Smooth solidified his training as both an organist and musician.

Along the way, he performed as an organist at some of London’s most famous churches: Westminster Abbey, St. Paul’s Anglican Cathedral and Westminster Catholic Cathedral.

In yet another compelling “local connection” with England’s former colonies, Whiting was appointed organist at St. Mary’s Church on the Thames – where the infamous Revolutionary War traitor Benedict Arnold was buried. The church building was the site used by the painter J.M.W. Turner for several of his London paintings, and the poet William Blake was married there.

Whiting spent eight years at St. Mary’s Church, leading a volunteer choir with core leaders not unlike the choir at St. Martin’s. Travel in France and graduate study at the Royal College of Music followed. A yen for America led him to the post of music director at Grace Episcopal Church, Newark, N.J., which he described as “Anglo-Catholic” in its liturgical and musical traditions.

“The parish was my introduction to the Anglo-Catholic tradition in the Anglican Communion,” Whiting said, “and I liked it. It was different from what I had known. The choir sang plainsong and I formed a community chorus that was made up of wonderful people. We gave performances of both sacred and secular choral music. I also formed a children’s choir.”

When the post of music director at St. Martin-in-the-Fields opened up, Whiting was quick to respond. His husband, Sean Nesselrode Moncada, was already familiar with Greater Philadelphia, having attended Swarthmore College as an undergraduate student. He’s now an Assistant Professor of Art History at the Rhode Island School of Design. The couple live close by St. Martin’s in West Mt. Airy.

Whiting’s first opportunity to conduct his new choir for an in-person service fell on the parish’s celebration of Pentecost, May 23. The solemnity marks the descent of the Holt Spirit on the newly created Christian Church.

Whiting expressed his pleasure at finding the choir to be so fine an ensemble. He hopes to expand its membership beyond the limit of parishioners and also to launch a children’s choir come the fall. St. Martin’s will also host a vacation Bible and choir school camp in August. Other plans include hosting local ensembles’ concerts and scheduling concerts for the parish choir, as well.

The major scores of the afternoon service were the the “Magnificat” and “Nunc dimittis” from Harwood’s “Evening Service in A-flat” and Tchaikovsky’s “Hymn to the Trinity.” Whiting accompanied the two Harwood works at St. Martin’s pipe organ as well as bracketed the service with two solo pieces: Reger’s “Benedictus” and Vierne’s “Carillon from Vingt-Pieces en Style Libre.”

The text of the “Magnificat” from St. Luke’s Gospel fit beautifully with the reading from the New Testament’s Book of Revelation: the latter’s “My soul doth magnify the Lord” answered the former’s “A great portent appeared in Heaven: a woman clothed with the sun.” Taken together they established the connection between the woman in Revelation and Mary in the Gospel.

Harwood’s setting of the “Magnificat” is an exemplary example of Protestant hymnody: stalwart, declamatory, masterfully harmonized and energetically rhythmic. Whiting conducted the choir from the console with consummate skill and spiritual expressivity.

The “Nunc dimittis” (Lord, now lettest thou thy servant depart in peace) followed a reading from St. Luke’s Gospel referencing Christ’s feeding the multitude. Although the Anglican Communion (unlike the Catholic and Orthodox Churches) doesn’t include the Solemnity of the Body and Blood of Christ in its liturgical calendar, June 6 was the day, so the reading was perfectly topical. Harwood’s setting employs an imaginative use of choral ranges to project the text’s explicit and implicit meanings. Once again Whiting led his choristers beautifully.

He and his choristers caught the hushed reverence of the unaccompanied Tchaikovsky and he played the Reger and Vierne with panache.