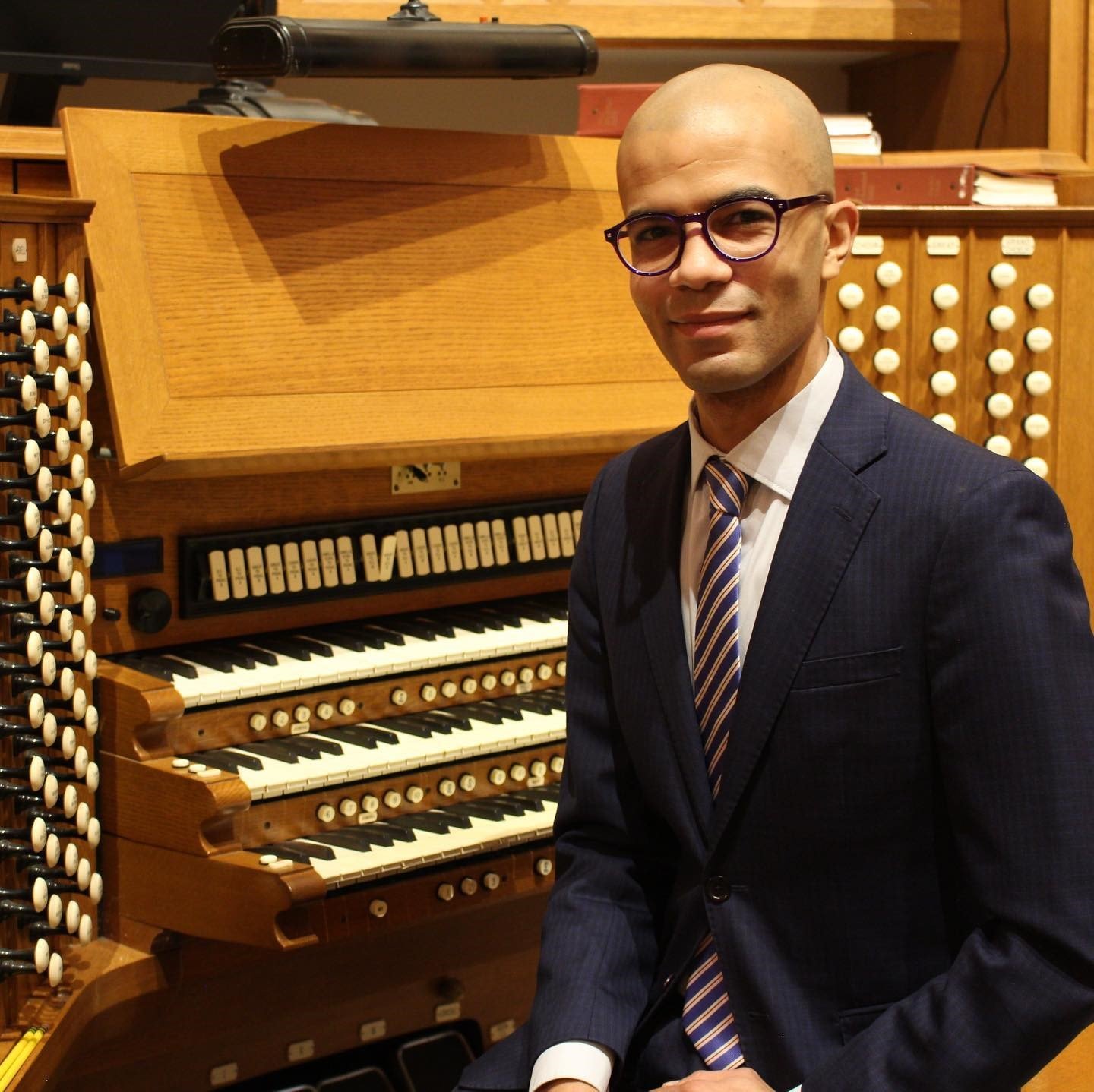 St. Paul’s Episcopal Church, Chestnut Hill, marked the Solemnity of Pentecost with a Choral Evensong Sunday, May 23. Parish music director Andrew Kotylo chose a program of music composed by Larry King, Kenneth Leighton, Walter Parratt, Herbert Howells and David Hurd to celebrate what is often styled “The Birthday of the Church.” Pentecost, according to St. Luke’s “Acts of the Apostles” in the New Testament of the Bible, commemorates the descent of the Holy Spirit. It is one of the most ancient holy days in the Christian calendar.

The afternoon’s major works were Howell’s settings of the “Magnificat” (My soul doth magnify the Lord) and the “Nunc Dimittis” (Lord, now lettest thou thy servant depart in peace). Each work projected the particular character of its text – the former joyful, the latter contemplative – through many shifts in harmony, texture and rhythm steeped in the composer’s abiding commitment to major/minor tonality in the 20th century. Howells’ lyrical gifts were projected through beautifully modulated melodies that evoked both celebration and reassurance.

Kotylo drew expert singing from the parish’s eight core professional vocalists. The balance between the four vocal ranges and the individual singers within them was exemplary, tuning was immaculate, dynamics were broadly ranged and diction was excellent.

I was even more impressed both by Hurd’s “Come, Thou Holy Paraclete” and the rendition it received. Born in 1950, Hurd invested his setting of a 13th century text with revelatory contrasting textures and harmonies. On the lines -- “What is soiled, make thou pure; what is wounded, work its cure; what is parched, fructify; What is rigid, gently bend; what is frozen, warmly tend; strength what goes erringly.” – the composer employed the darker male voices to delineate the pain and the clear female voice to free the liberated believer.

Kotylo and his vocalists caught the stark differences, projected them potently, and proffered conviction in singing that was technically solid and musically expressive.

Tyrone Whiting, the newly appointed director of music at the Episcopal Church of St. Martin-in-the-Fields, Chestnut Hill, will lead the parish choir, in its first in-person celebration of Choral Evensong since the pandemic lockdown, Sunday, June 6, at 5 p.m. The roster of music includes Basil Harwood’s setting of the “Magnificat” and “Nunc Dimittis” and Adrian Batten’s anthem “O Praise the Lord” at the Offertory.

Whiting also informed me about another musical project at St. Martin’s: “Music in Your Neighborhood.” It’s a series of outdoor music concerts presented on five Wednesdays in June at 5 p.m. Refreshments will be offered, as well.

The schedule of concerts is: June 2, “From Bach to Coleman;” June 9, “The Masters of Vienna;” June 16, “Sky Dances;” June 23, “Four Seasons and More;” June 30, “Music from South America.” For more information visit artcinia.com.

Tempesta di Mare, Philadelphia Baroque Orchestra, performed a concert entitled “Reutter’s Vienna” that was available online May 20-27. Rehearsed at the Presbyterian Church of Chestnut Hill (one of the ensemble’s “home venues” prior to the COVID-19 lockdown) and recorded at FringeArts in Philadelphia, the focus of the program was the “High Baroque” style in Vienna during the early and middle decades of the 18th century.

For most classical music lovers, that overall epoch is dominated by Vivaldi at its start and Bach and Handel at its culmination. Perhaps because Vienna became the epicenter of the iconic “Classical Style” of Haydn, Mozart, Beethoven and Schubert, and then Mendelssohn, Schumann, Brahms, Bruckner and Mahler into the “Romantic Style,” the contributions of the imperial city of the Holy Roman Empire’s Habsburgs to what went before has been overlooked.

Yet there was a proud tradition of music-making that laid the foundation for the classical/romantic tradition. The concert’s namesake, George Reutter, was one of many composers and performers calling Vienne “home” at the time. He was joined by Johann Josef Fux, Antonio Caldara, Francesco Bartolomeo Conti and Nicola Matteis. Through careful research and scholarly reconstruction, Tempesta artistic directors Richard Stone and Gwyn Roberts pulled together an engrossing program that was excitingly performed.

Reutter’s two “Intradas” and “Sinfonia” are imaginatively scored and were performed with elegant lyricism. Fux’s’ Suite in D minor,” featuring bird calls cleverly transcribed, is both touching and lively. It received a compelling rendition that held its various parts together tightly.

Conti and Matteis’ collaboration for their “Suite from Don Chisciotte in Sierra Morena” is a superb example of early programmatic music – telling a tall tale, in this case – and the Tempesta musicians played it with verve and color.