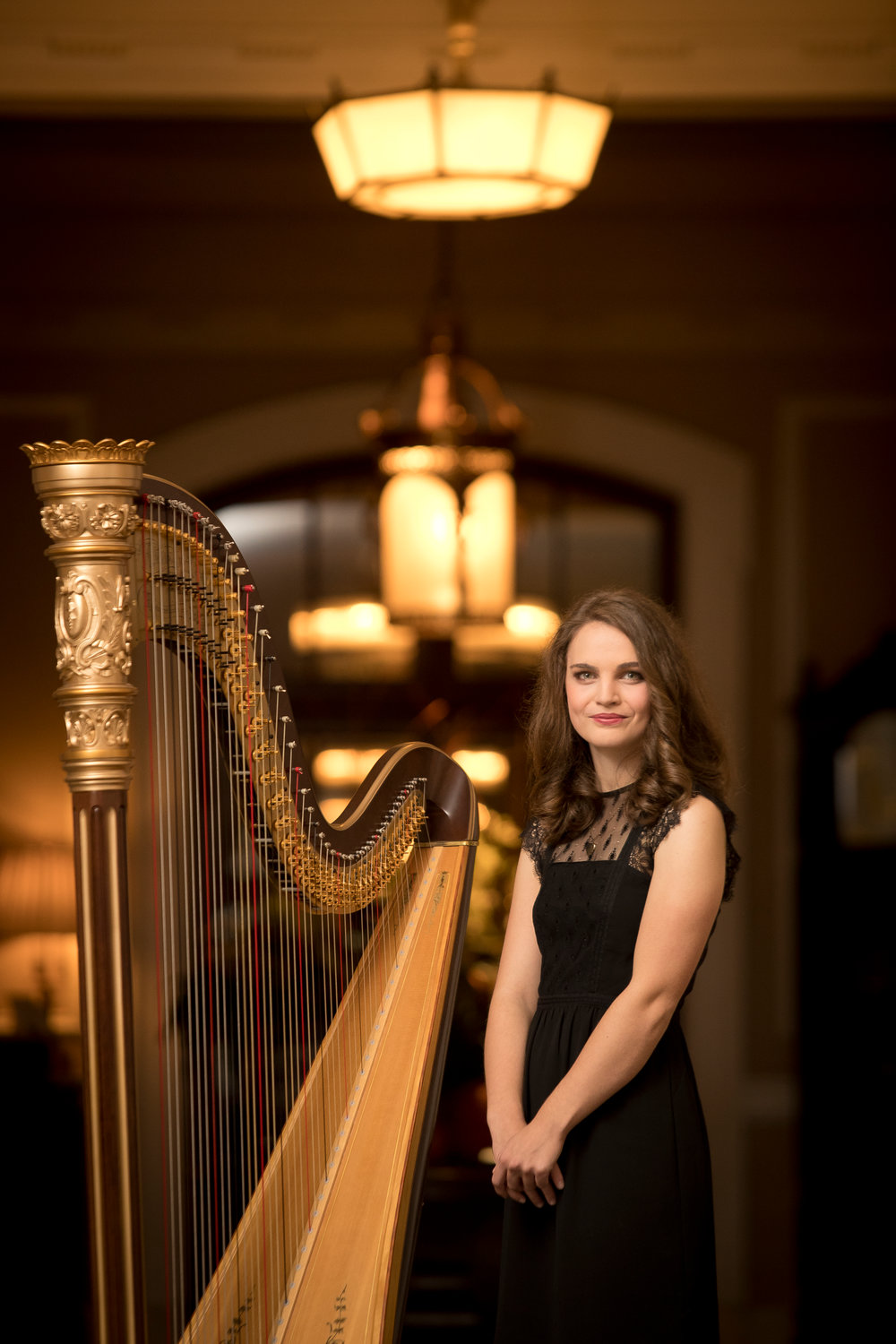 The church hosted the second of its season of “Five Fridays” fundraising chamber music recitals Nov. 4. Then, two days later, the parish offered its annual “Commemoration of All the Faithful Departed” (the ancient Feast of All Souls) with a solemn liturgy featuring John Rutter’s setting of the “Requiem Mass.”

The featured artists for the November “Five Fridays” were harpist Rachel Lee O’Brien and St. Paul’s own music director and organist, Andrew Kotylo. They proffered a program consisting of original music by George Frideric Handel as well as scores arranged by Marcel Grandjany and O’Brien, along with two works by Grandjany.

In order to make use of the church’s organ, the performers were seated in the chancel rather than over the labyrinth just beyond the narthex. The results weren’t altogether salutary. Whereas the usual arrangement guarantees a marvelous feeling of intimacy between the players and the audience closely gathered around them, the space at the front of St. Paul’s Church is, if not exactly vast, then at the very least off-putting when you’re dealing with one musician seated closer to the high altar than to the audience and the other performer hidden behind the organ console. I, for one, felt no sense of connection with the music-making all evening.

Throughout the program, O’Brien’s playing was characterized by a fluid technique employed to project an expressive musicality that consistently caught the appealing elegance of Handel’s Prelude and Toccata, Suite No. 4 in D minor, and Concerto in B-flat, plus Grandjany’s “Aria in Classic Style” and Rhapsodie. Kotylo provided solid support in the concerto.

This was my first encounter with the Rutter setting. Taken in the context of my unalloyed love for both the Faure and Durufle settings, I was more than a little skeptical. I shouldn’t have been. I should have trusted Kotylo’s discernment for making an exemplary choice. And that’s exactly what he did by programming the Rutter this season.

Born in 1945, Rutter’s music has effectively displayed an ability to offer scores based on centuries of traditions in choral music with an attractive gloss of contemporary accessibility. It’s as though he has somehow combined the popular styles of our own day with the historical lines of development in classical choral music going all the way back to Gregorian chant. The result is music that speaks directly to the listener on an initial hearing and then reveals deeper levels of expression upon further consideration. His music sails close to the wind of that dangerous border between sentiment and sentimentality. Does it occasionally cross over from one to the other? Yes – now and then. But never for long and always returning to the better side of that line.

Sunday’s “Commemoration,” attended by several hundred, set a new standard for both the liturgy and the music performed within it. The Rev. Eric Hungerford, St. Paul’s rector, presided over a memorable rendering of the traditional Anglican liturgy from the contemporary Book of Common Prayer, and Kotylo and his choristers and musicians gave the Rutter a splendid performance.

The singing was characterized by flawless balance, immaculate blend, resonating dynamics, eloquent phrasing, crystal-clear diction, and a moving sense of spiritual connection with the texts and the hopes that course behind them.

When countertenors first began performing on the world’s concert stages several generations ago, they often sounded like some hapless barnyard foul being viciously tortured. How times have changed. Contemporary countertenors regularly proffer the finest interpretations of baroque vocal music in the tones and strength that recall the greatest of that era’s castrati, most notably Farinelli (the stage name of Carlo Broschi).

Cohen sang with commanding technique across an enormous range of octaves and span of dynamics. The color of his voice was clear yet warm. He sported a broad spectrum of focused tremolo to full vibrato. Most importantly, he invested his singing with passion.

You can contact NOTEWORTHY at Michael-caruso@comcast.net. To read more of NOTEWORTHY visit chestnuthilllocal.org.