Survivor of Kent State among folk artists to perform Oct. 6 in Mt. Airy

Terry Leonino (right), a survivor of the Kent State massacre, and Greg Artzner, who have been performing together for almost a half-century as Magpie, will play for a local crowd Oct. 6 at the …

Survivor of Kent State among folk artists to perform Oct. 6 in Mt. Airy 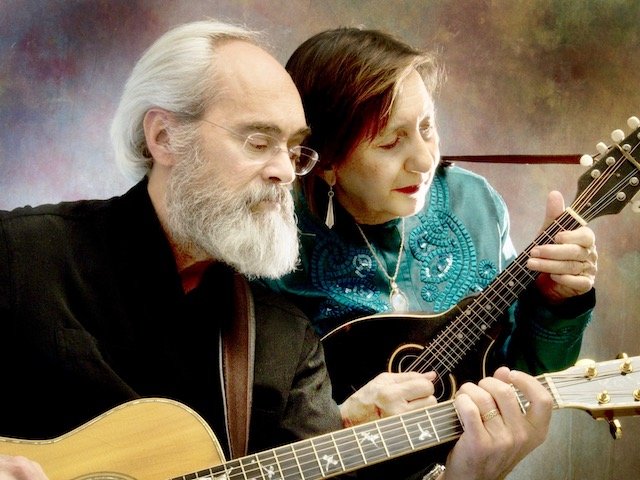 Terry Leonino (right), a survivor of the Kent State massacre, and Greg Artzner, who have been performing together for almost a half-century as Magpie, will play for a local crowd Oct. 6 at the Unitarian Society in Mt. Airy.
by Len Lear I can clearly remember playing with our dogs in a small park at Lincoln Drive and Johnson Street, across the street from our apartment house, on May 4, 1970, when a neighbor named Dennis came up to me and said in a semi-hysterical voice, “Did you hear about the killings of students at Kent State University by the National Guard?” I thought Dennis must have been exaggerating, so I rushed into our apartment and turned on the TV. There was the news on every station: Four Kent State University students were killed, and nine were injured when members of the Ohio National Guard opened fire on a crowd gathered to protest the Vietnam War. Most of us learned about the slayings from the news media, but Terry Leonino learned about it firsthand. Leonino was a student at Kent State at the time who was protesting peacefully on campus when she saw other students killed and wounded all around her. Obviously, this tragedy has never left her, and she and her musical partner, Greg Artzner, known together as Magpie, have been singing and writing songs about social and environmental justice ever since Kent State. They started traveling from place to place in Greg's VW bus and for almost 50 years have traveled and toured extensively, performed in concerts, at folk clubs and festivals around the world and recorded many times. He wrote a song about the Kent State killings, played at the 25th anniversary commemoration in 1995 and included on the album “Give Light.” According to Leonino, "As a survivor of the massacre at Kent State, for years I tried to write this song. It was difficult and is still a very painful subject for me and for many others who were on the hill that day in May 1970. Thanks to the patience and love of my husband, I was finally able to put this pain into words." On Earth Day 1998, Magpie performed “We Belong to the Earth” as a finale to a speech by President Clinton. In 2000 the duo created a musical piece for the Smithsonian Environmental Research Center, “Tales of the Blue Crab.” And on Sunday, Oct. 6 at 7 p.m., they will perform in concert at the Unitarian Society of Germantown, 6511 Lincoln Dr. in Mt. Airy. The concert will be part of a Pete Seeger 100th birthday singalong. Seeger, a legendary folksinger who worked and sang for racial justice, workers’ rights and the environment, died in 2014 at the age of 94. Leonino, a gifted singer of jazz and blues in the tradition of Connie Boswell and Billie Holiday, is also an excellent player of the harmonica, mandolin, fretted dulcimer and rhythm guitar. Greg Artzner is an outstanding guitarist whose fingerstyle approach owes a lot to his heroes, guitar legends such as Reverend Gary Davis, Big Bill Broonzy, Nick Lucas, Phil Ochs and Rolly Brown. 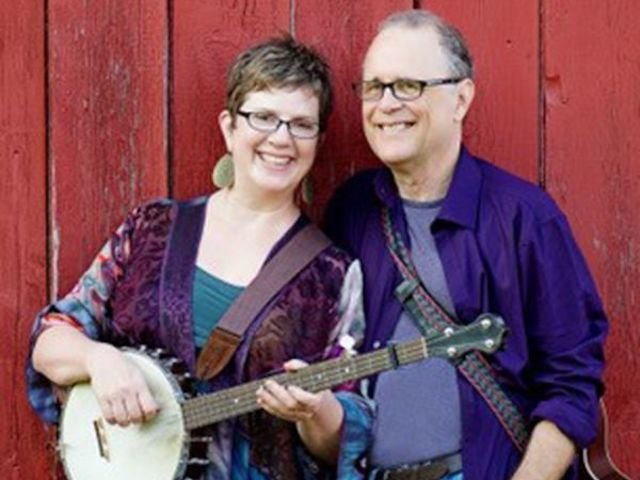 Annie Patterson, whose musical repertoire ranges from folk and blues to gospel and jazz, has written two highly regarded songbooks with her partner, Peter Blood (seen here). The books combined contain more than 200 different songs.
Also on the bill will be Annie Patterson, who has been performing across North America and abroad for over three decades. She is the co-creator of the bestselling singalong songbook, “Rise Up Singing,” affectionately known as the “folk bible,” and its sequel, “Rise Again.” A multi-instrumentalist, Annie’s musical repertoire ranges from folk and blues to gospel and jazz. Pete Seeger worked closely with Annie and her partner, Peter Blood, on their first two songbooks. “Rise Again,” published in 2016, contains more than 1200 different songs. According to the Rev. Dr. Andrea Ayvazian, founder and director of the Sojourner Truth School for Social Change Leadership in Holyoke, Massachusetts, "Annie Patterson is the real deal – an activist who can really sing, a singer who is really an activist... “I always leave Annie Patterson concerts and singalongs believing that we can not only fight the good fight but win the good fight too. Annie’s voice is beautiful, she is inviting and urges us all to sing with her, and her infectious, bubbly presence lifts all our spirits. Annie is good for our souls and our social change movements." The Oct. 6 concert, sponsored by the The Folk Factory Coffeehouse in Mt. Airy but taking place at the Unitarian Society of Germantown (USG) in Mt. Airy, is co-sponsored by the Philadelphia Folksong Society and USG. Some of the proceeds will benefit POWER, a local progressive interfaith activist coalition. For more information, call 215-848-6246 or visit FolkFactory.org. Len Lear can be reached at lenlear@chestnuthilllocal.com