by Hugh Gilmore I offer the following observations in the hope that you may find something here that will bring you pleasure in your next reading year. The single best book I read, superb in every … 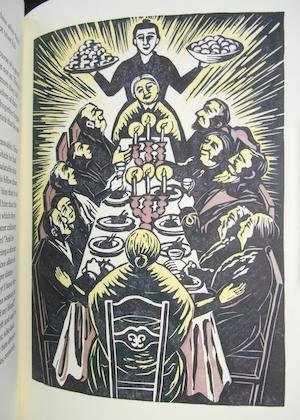 I offer the following observations in the hope that you may find something here that will bring you pleasure in your next reading year.

The single best book I read, superb in every way, was Tara Westover’s “Educated” (2018). A memoir, it follows a tyrannized girl through her childhood and teen years into her adult emancipation. The conditions of Ms. Westover’s life in a rural western Mormon family were terrible and make for compulsive reading. But the step-by-step description of her intellectual, psychological and spiritual liberation is as thrilling as those written by Rousseau or St. Augustine. A compelling book that drove me back to it time and again whenever a chore interrupted.

John Kaag is a youngish philosopher who has written two enchanting books that will please anyone intrigued by the birth and spread of American philosophical ideas. The first was “American Philosophy: A Love Story” (2016), and that was followed by this year’s “Hiking with Nietzsche: Becoming Who You Are” (2019). If your mind contains floating bits of isolated knowledge about American thinkers like Ralph Waldo Emerson and William James or Europeans such as Nietzsche, Schopenhauer and Wagner, here is your chance to put them all together into a coherent scheme. Sheer entertainment, if you are philosophically bent.

One of the trends I followed this year was weird. I read somewhere that the 1960s southern writer Harry Crews had written a book about a man who ate a car. I found it. It’s called “The Car” (1972). Easy enough. It was an entertaining sendup of American mass culture, TV worship and the Holy Church of the automobile. It was just OK, but it led me to read a non-fiction collection of his magazine pieces called “Blood and Grits” (1979). That was OK, too, an example of the participatory journalism that emerged in the 60s. What I really liked was his piece about his experiences living the carny life (being a carnival worker).

That made me want to reread a couple of books about carnys I’d read when I was young. The first was Herbert Gold’s incredible (but taxing) novel, “The Man Who Was Not With It” (1964). It’s a novel where a young man, trying to escape the terrible psychic pain of his home life, runs away and joins the carnival life and gets “with it and for it.” The carny is a person of cynicism, dishonesty, and apathy. That’s part of what being “with it” means. The young man falls in love and tries to get out.

It is an absolutely brilliant book, filled with such honest and wise insights that I marveled at how a young man could have known so much at such a young age. A warning though: it is written in a prose style that reads like a long Ginsberg or Ferlinghetti poem. It took a while, but I loved it.

Carnys have their own language. Crews spent part of his aforementioned article breaking that language down. But I found a book called “The Secret History of Carnival Talk,” by Sarah Kate Istra Winter. That was fun. As were the classic noir novel, “Nightmare Alley” (1946), and the nightmarish nonfiction carnival book “Monster Midway: An Uninhibited Look at the Glittering world of the Carny” (1954). Both by William Lindsay Gresham one of America’s best noir novelists.

Looking at my list, I wondered how many fiction titles I read this year. Usually one out of four, but this year nearly half my books (37) were novels or story collections. I think that’s because of two binges I allowed myself. The first was the worldwide noir series published by the publisher Akashic Noir. I read anthologies of noir stories set in Marrakech, Toronto, Mississippi, Providence (RI), Montreal and, of course, Philadelphia. They were all OK. Mississippi (2016) was the best, I thought, being the most exotic in its own way.

The most unexpected book you might find on my list is “The Little House on the Prairie” (1957) by Laura Ingalls Wilder. My wife and I took turns reading that one aloud at night. It is warm and wonderful, but don’t think for a moment that it doesn’t have its own horrors. Our favorite read-aloud book, by the way, was Robert Louis Stevenson’s “Treasure Island.” What a great story to practice your piratic “aaarrrs” with.

A chance recommendation by Ken Johnston, manager of the Ooka sushi restaurant, led me to Adrian McKinty, a premier contemporary mystery/police procedural novelist. His stories are set in Northern Ireland during “The Troubles.” I gobbled up a half-dozen in a few weeks. Then, reading a list of America’s most notable books of the year 2019, I later happened on a nonfiction book on those same troubles written by Patrick Radden Keefe: “Say Nothing: A True Story of Murder and Memory in Northern Ireland.” Sad, horrifying, and enlightening is what I have to say.

The best novel I read this year, recommended by the bartender at the now closed Osaka restaurant in Chestnut Hill, Olumide Oduyemi, was “The Wind-Up Bird Chronicle: A Novel,” (1994) by Haruki Murakami. Truly strange, wonderful, horrible, mystifying, intelligent and admirable.

The worst: “Where the Crawdads Sing,” by Delia Owens (2019). Even though it’s posed as a murder mystery, it is simply preposterous and so out of touch with real human nature that it reads like a fairy tale. Strained every ounce of my credulity. And believe me, since I paid vacation retail money for it, I wanted to love it. The book managed to be be a best seller without my whoop-de-do, so no harm, no harm, no foul from my disapproval.

Best book for book and library lovers: “The Library Book,” (2018) by Susan Orlean.

Best memoir of addiction book: “In My Skin: A Memoir” (2007) by Kate Golden. (Family Paper Morality Warning: She financed her heroin addiction by working in a brothel in her native Australia. (I was tempted to label this book “Best Brothel Memoir.”)

Best Sci-Fi: “Do Androids Dream of Electric Sheep” (1968) by Philip K. Dick. Adapted to the screen as “Blade Runner,” my favorite such movie, I was fascinated to read the book that inspired the movie.

And the most charming story within a collection: “Babette’s Feast” (1958) by Isak Dinesen (aka Karen Blixen), recommended by Barbara Scott of Chestnut Hill. Followed by the movie.

Hugh Gilmore lives and reads and writes in Chestnut Hill.