The Crossing performs East Coast premiere on the Hill

Close on the heels of their groundbreaking “Month of Moderns,” Donald Nally and The Crossing returned to the Presbyterian Church of Chestnut Hill.

The Crossing performs East Coast premiere on the Hill 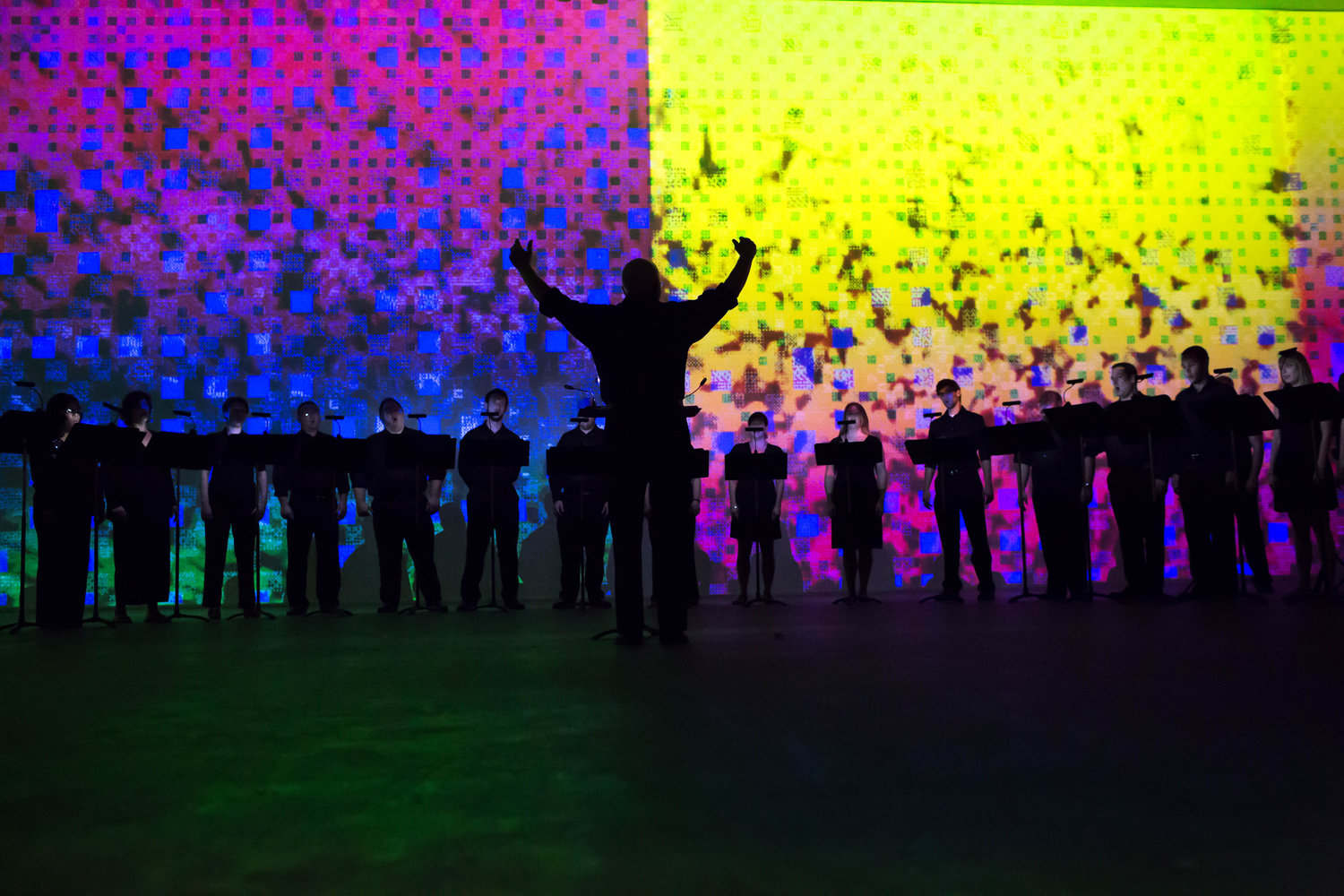 Donald Nally and The Crossing returned to Chestnut Hill in a surprise concert to present the East Coast premiere of “Titration” by Shara Nova.
Posted Thursday, August 25, 2022 12:00 am
by Michael Caruso

Close on the heels of their groundbreaking “Month of Moderns,” Donald Nally and The Crossing returned to the Presbyterian Church of Chestnut Hill to present the East Coast premiere of “Titration” by Shara Nova. The concert – which seemed to pop up out of nowhere and caught even me almost unaware – took place Saturday afternoon, Aug. 13. Despite the short notice, a good-sized, enthusiastic crowd heard and applauded this challenging score for unaccompanied choir and, in turn, was treated to a picnic on the church’s picturesque lawn.

“Titration” was co-commissioned by The Crossing and Nally, the Warren Miller Performing Arts Center, and Conspirare this very year. Shara Nova, lead singer and songwriter for the group My Brightest Diamond, not only composed the music but also wrote its lyrics. Divided into 17 movements, it “examines difficult emotions like fear, sorrow, disgust or rage through the lens of the nervous system and utilizes body-centered practices that develop one’s capacity to calm oneself when such emotions arise,” in the words of Nova, herself. “In these times of conflict and crisis, how can we feel more, rather than less?” she asks.

Saturday afternoon’s performance got off to a surprisingly out-of-character shaky start. Ensemble, blend and even tuning were slightly off the mark in the opening movement, “Freeze State.” Diction was a tad muffled, particularly in the balancing between singing and speaking.

Once into “Safety in Peril or Calm,” however, The Crossing’s trademark sterling precision of presentation regained its footing. Repeated words propelled the music along in a hypnotic flow of overlapping phrases. “How do I Keep on Feelin’ in This Mean, Mean World?” proffers sweetly voiced harmonies that come together through gently-projected melodic lines and soothing rhythms. Together, they evoke a moving memory of old-fashioned hymn settings from a simple Protestant tradition.

In stark contrast, “Emotion Wheel” thrusts forward a chaotic text via shrieking dissonances, which in turn move into transparent textures in “Patterns of Protection.” “The Grief of Which I Rarely Speak” begins low with the men alone then opens up into fuller harmonies once the women join in. “Turn Ya Head” is characterized by short phrases of music that are then followed by the folksong-like setting of “Imagine a Favorite Place.” Nova’s ability to convincingly stitch together disparate moods through complimentary musical modes is memorably efficacious.

“I Seek To Change These Habits” starts harshly but ends vaguely, moving into “Yes/No” and a continuation of its initial harsh tone. “I’m So Mad I Could Spit Nails” is one of the few apparent miscalculations in the score. Bordering on an ersatz imitation of a traditional spiritual, it seemed contrived and unconvincing in style. Fortunately, it’s followed by the beautifully simple “Notice Sensation.” “Pulses” strikes a tone reminiscent of the score’s opening movements. “Titration 3,” the closing section, unfortunately ends on an artificial note of what sounded like mightily-forced guffaws.

Throughout the hour-long length of “Titration,” Nally and The Crossing sang with remarkable concentration. Each individual movement was given its own particular tonal color to delineate its unique point of emotional reference. Each section’s interpretation made a potent impact on the listener’s mind, heart, spirit and soul. The work may not be an unalloyed triumph, but its rendition at Chestnut Hill Presbyterian Church was stunning due to Nally’s intense commitment to its contribution to our understanding of our profound reactions and responses to the world around us.

For those of us who can’t get enough of The Crossing, Donald Nally will lead “Walking the Farm: A Progressive Concert” Saturday and Sunday, Sept. 17 and 18, at 4 p.m., hosted by “Art @ Kings Oaks” at Kings Oaks Farm near Newtown, Bucks County. For more information, visit crossingchoir.org.

The Atlantic Coast Opera Festival will present a “Gala Concert of Operatic Hits” featuring music drawn from the grand operatic repertoire Friday, Aug. 26, and Wednesday, Sept. 7. The first performance will be given at the Free Library of Philadelphia’s Montgomery Auditorium, Logan Square, Philadelphia, at 2:30 p.m.; the second concert will be performed at The Mansion at Rosemont Theater, 404 Cheswick Place, Rosemont, Pa., at 7 p.m.