The enduring art of the sandwich

This week, I’d like to make my case for the good old sandwich.

The enduring art of the sandwich 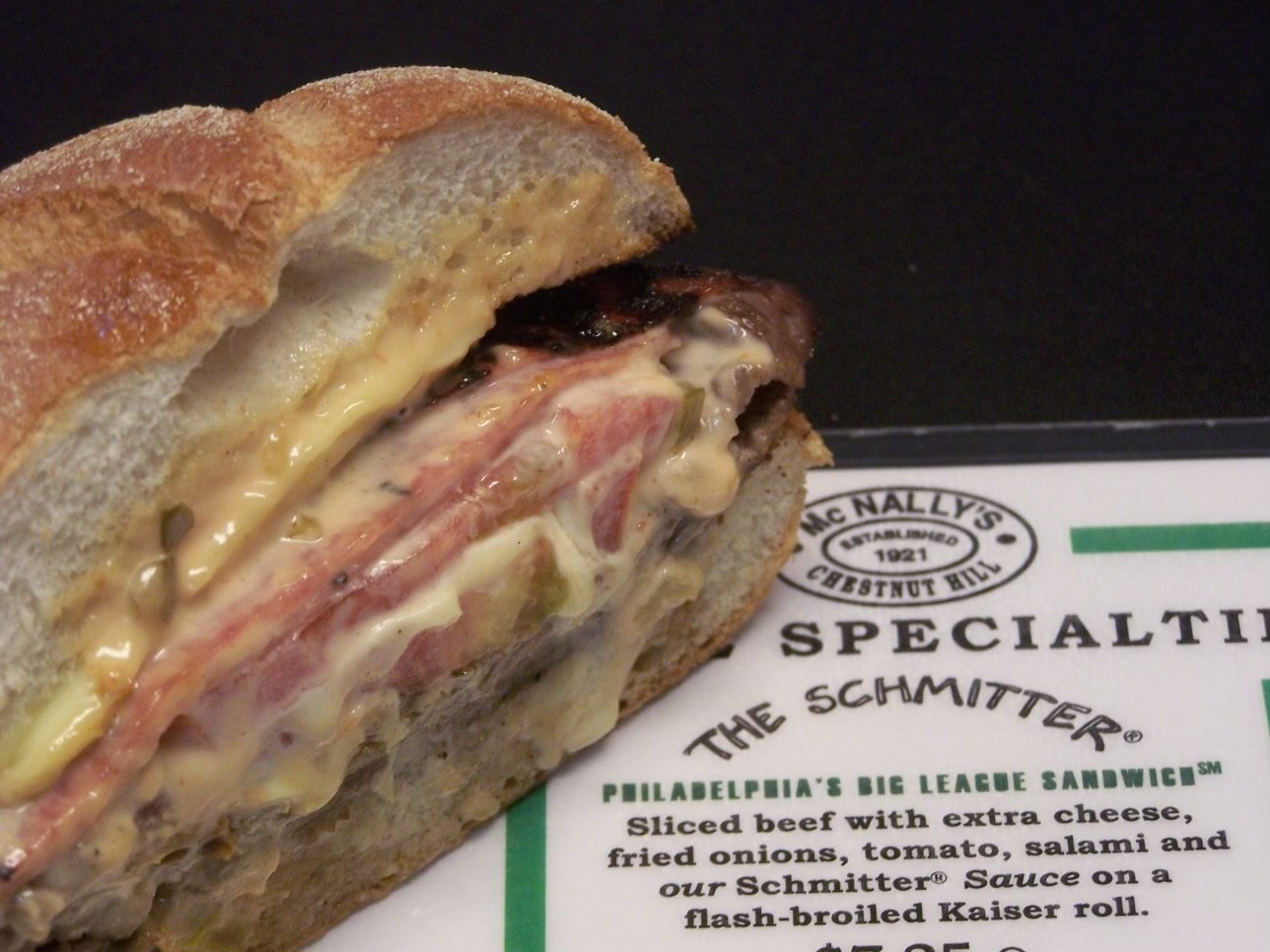 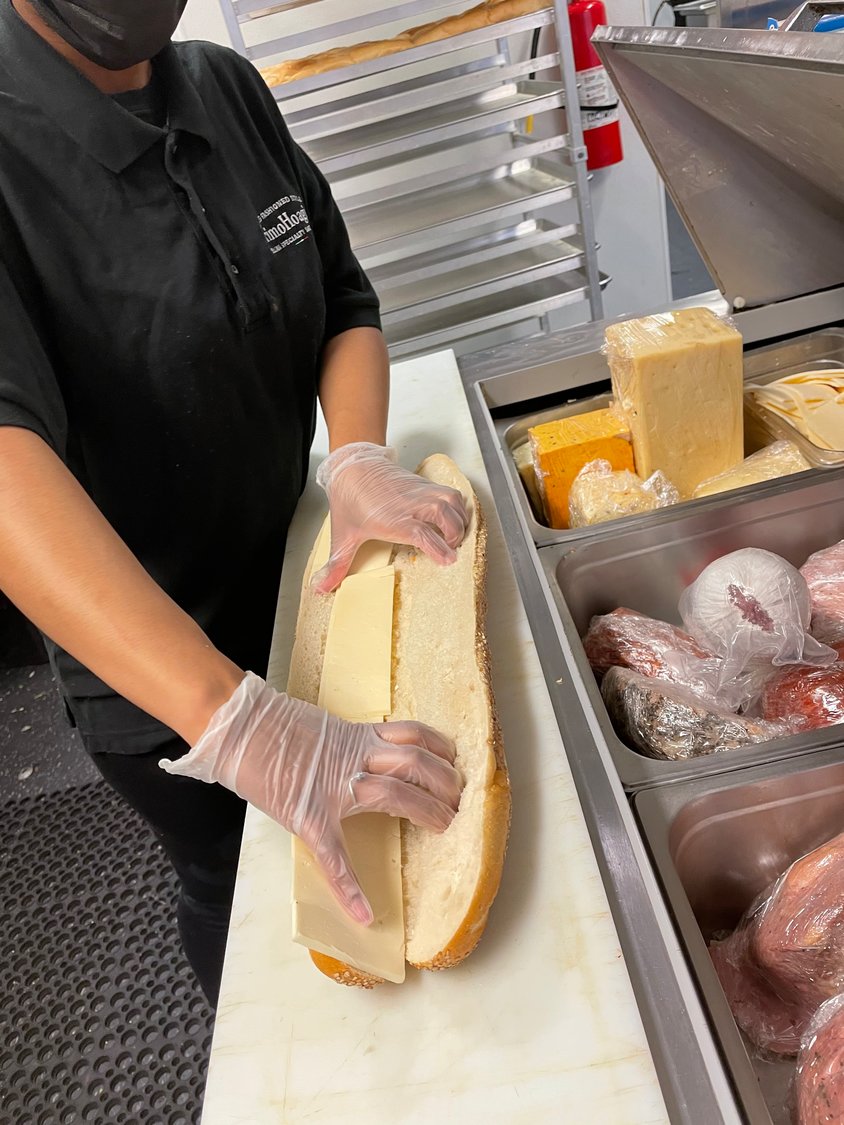 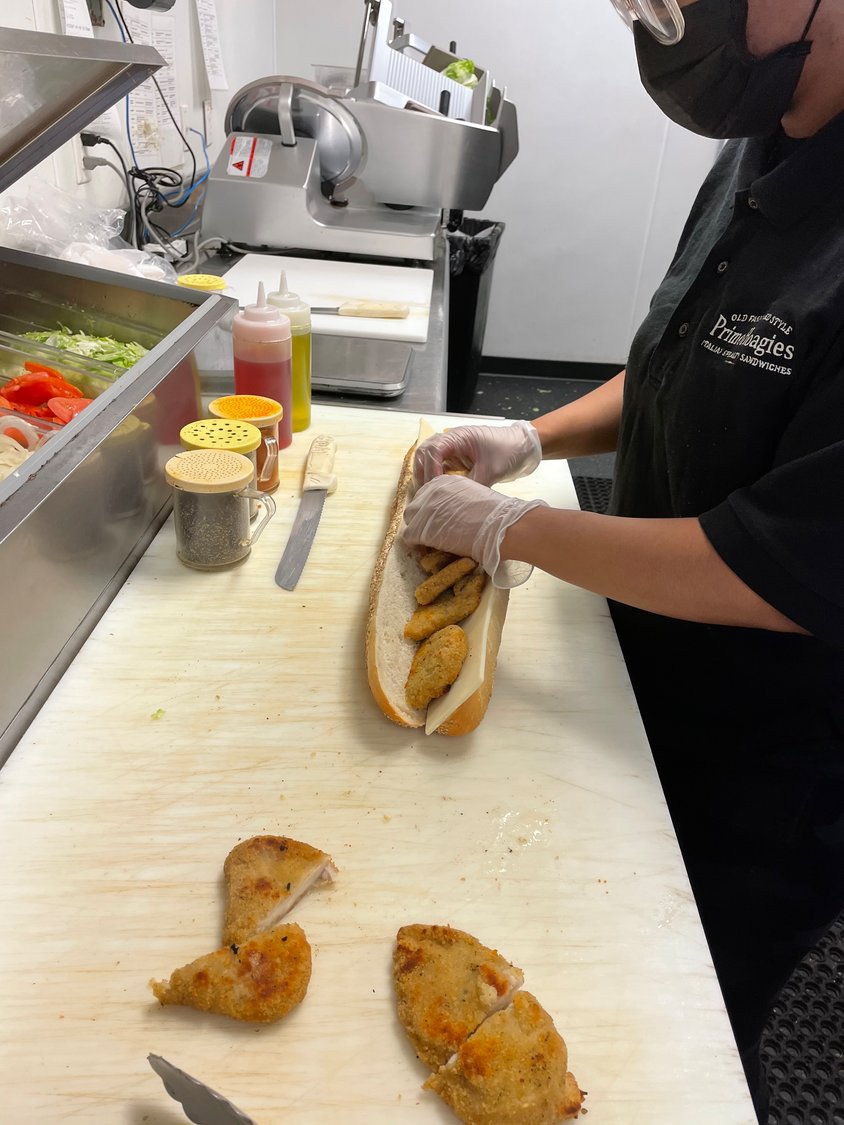 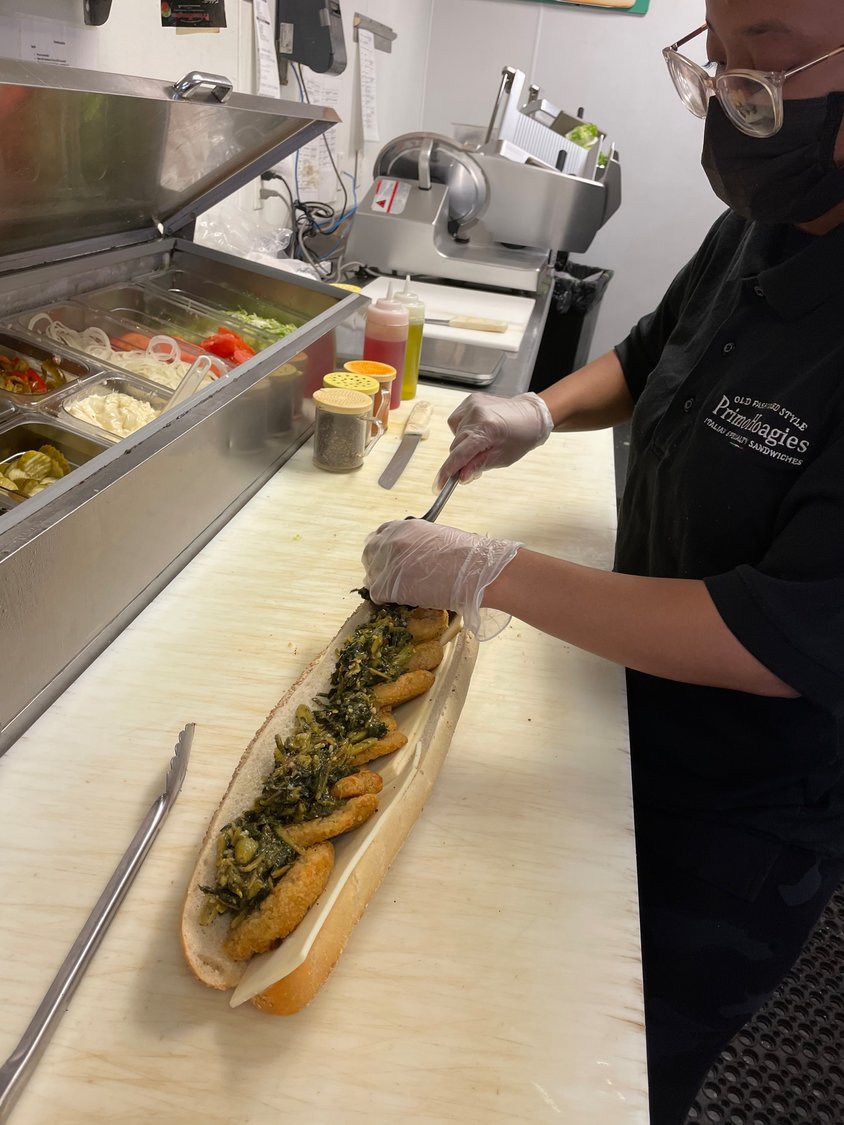 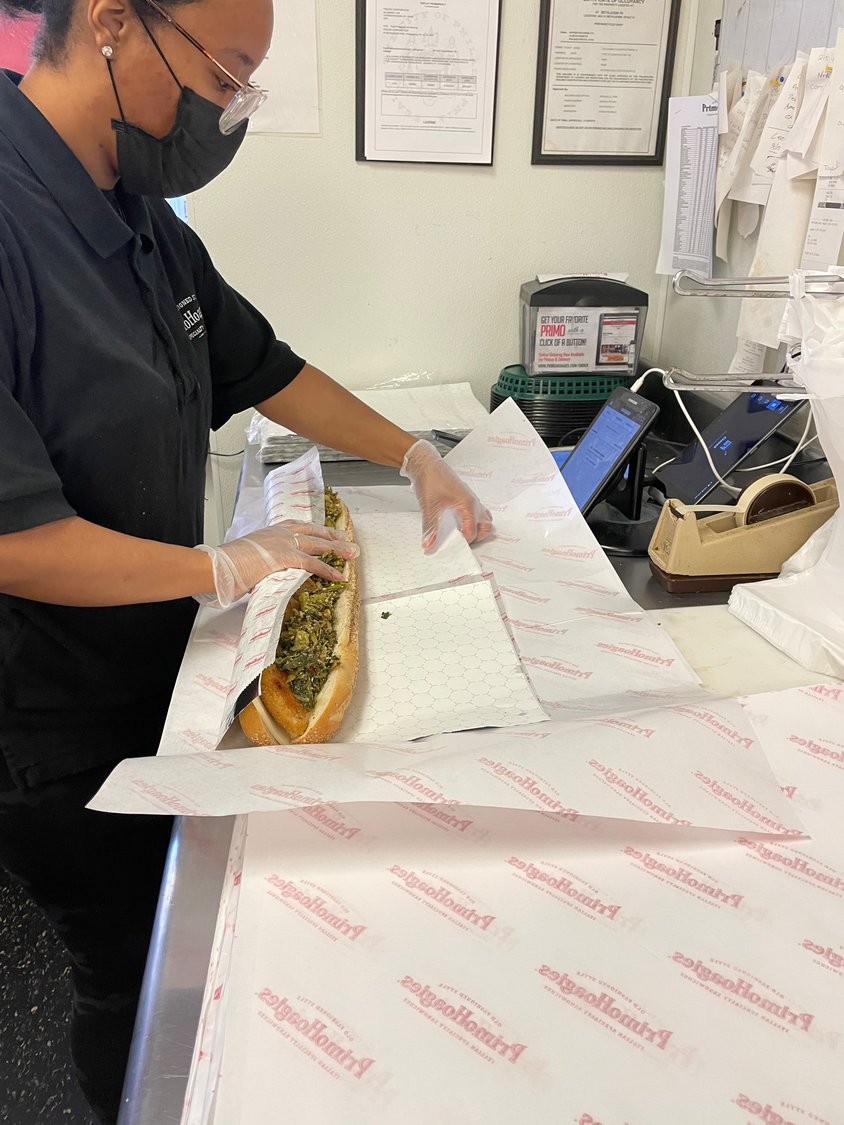 This week, I’d like to make my case for the good old sandwich. There really isn’t any food as versatile, as friendly, and as yummy as a sandwich.

No matter the occasion, the mood or the food theme, the beloved sandwich is our warm-weather friend. It has so many options that it really doesn’t play by the rules – but it always manages to fit the bill.

Nearly half of Americans eat at least one or two sandwiches every single day. We eat hundreds a year. And we have our favorites, like turkey, grilled cheese and peanut butter and jelly. During quarantine, we’ve even made up some of our own gourmet variations of the old favorites, like the all-in-one breakfast sandwich my kids are now hooked on each morning, layered with bacon, eggs and toppings and sandwiched between - you guessed it - pancakes.

Sometimes, I find myself daydreaming about the heavenly hoagie from Primo’s made with broccoli rabe and chicken cutlets. Other times, as I’m scrambling to pack school lunches at 6:30 a.m., I’m thankful I can layer some meat and cheese between bread and call it a day. And when I have a get-together – like this weekend when family is coming for the twins’ confirmation and I don’t feel like slaving in the kitchen - little gourmet tea sandwiches once again come to the rescue.

But truthfully, springtime sandwiches can be gourmet meals, party showstoppers and quite literally, forms of art. They can be displays of creative, gourmet individuality, if we take the time to craft them with love.

“It’s the quality of the stuff you’re working with,” said Anne McNally, owner of the Hill’s McNally’s, home of the epic Schmitter roast beef, fried onion and salami concoction. “Use quality bread, use quality meats. Make your own condiments. It makes a difference.”

What makes a sandwich a sandwich? Generally, its anything between two slices of bread. Ok, let’s save the “Is a wrap a sandwich?” debate for another column.  Some accounts say the first sandwich isn’t necessarily the creation of the Earl of Sandwich at an all-night gaming table in the 17th century. Some trace it all the way back to Jerusalem in the first century, and a certain bitter herb and matzoh sandwich.

But regardless of its origin, it is one of the best go-to meals for spring. It travels well to school, on picnics, on road trips and works wonders at parties, since most don’t need to be kept warm.

“It’s more about who you are eating a sandwich with,” said Primo’s Chestnut Hill owner Mike Pieciuk. “When you’re having a sandwich with someone and you look at each other and say ‘This is really good!’ that’s an epic sandwich.”

The first and most important part of a sandwich, according to absolutely everyone I spoke with, is the right bread. Most chefs suggest using a crispy Italian bread for a hoagie or toasting other types of bread before assembling a sandwich, for added crunch. And while you’re at it, don’t overdo the condiments, or you can risk making that fresh crusty bread soggy. If a bread is already pretty hard or crusty, sometimes, coleslaw or other drippy fillings will soften the bread by the time it is ready to eat.

If you are making tea sandwiches, whole wheat or traditional white slices are typically the way to go, according to Karla Salinas of Karla’s Kitchen in Flourtown.

“I like to combine white and wheat,” Salinas said. “I make my own mayo with different flavors. But if you ask my best sellers, [they are] flank steak in mini brioche rolls and my chicken salad in mini croissants.”

At Baker Street Bread Co. Café and Bakery, bakers have made pairing bread with sandwich ingredients an out of body culinary experience. The raisin walnut bread paired with their chicken salad and the sesame honey bread paired with their house-made tuna salad are two local favorites. They also roast turkey in-house to sandwich between their multigrain bread.

“The tuna on the sesame honey flies out of here,” said manager Katie Morina. “The artisan breads are healthier, and made with no eggs or milk, and grilled cheese would be good on all three.”

According to Epicurious, once the bread is decided upon, it’s important to learn how to properly choose and layer the goods inside the sandwich. They say denser meats and items go on the bottom, topped with crunchier items like pickles and lettuce. Some even suggest layering lettuce throughout to help keep meats in line.

Pieciuk operates according to some of those same techniques.

“Make sure your vegetables are really fresh,” Pieciuk said. “That the lettuce is crisp, the onions have that strong smell to them.”

And when applying condiments, how many times have you poured them on top of everything then slammed down the bread lid? Experts suggests spreading condiments directly onto top and bottom bread slices with a butter knife schmear so there will be no dripping or messy gobs falling out when you eat.

If you want to make the sandwich next level, consider what types of condiments you use. Sub in harissa aioli for regular mayo, or honey mustard for the standard yellow kind. Instead of lettuce, use edible flowers, or crunchy kale.

To further avoid sogginess and runaway ingredients, try salting things like tomato slices on a paper towel for a few minutes before adding them to the sandwich, in order to eliminate some moisture. And always season the sandwich with salt, pepper and other shakable spices before you add oils and vinegars.

“Then the oil and vinegar marinates the seasoning,” Pieciuk said.

Unless it’s a two-bite tea sandwich, you’ll have to cut most sandwiches to serve them. If its packed, like a Reuben, experts suggest cutting the sandwich into two diagonal triangles to help keep everything stacked. And one other tip: line up your meats and cheese so they sit on the bread, instead of hanging out the side of the sandwich. It helps keep everything from falling out when you take that first heavenly bite.

And making each bite the same, consistent flavor is the key, Pieciuk said.

“Layer it the way you want the flavor,” he said. “Make sure each bite is the same exact bite.”