So I looked around my kitchen this week and thought: where did all this stuff come from? 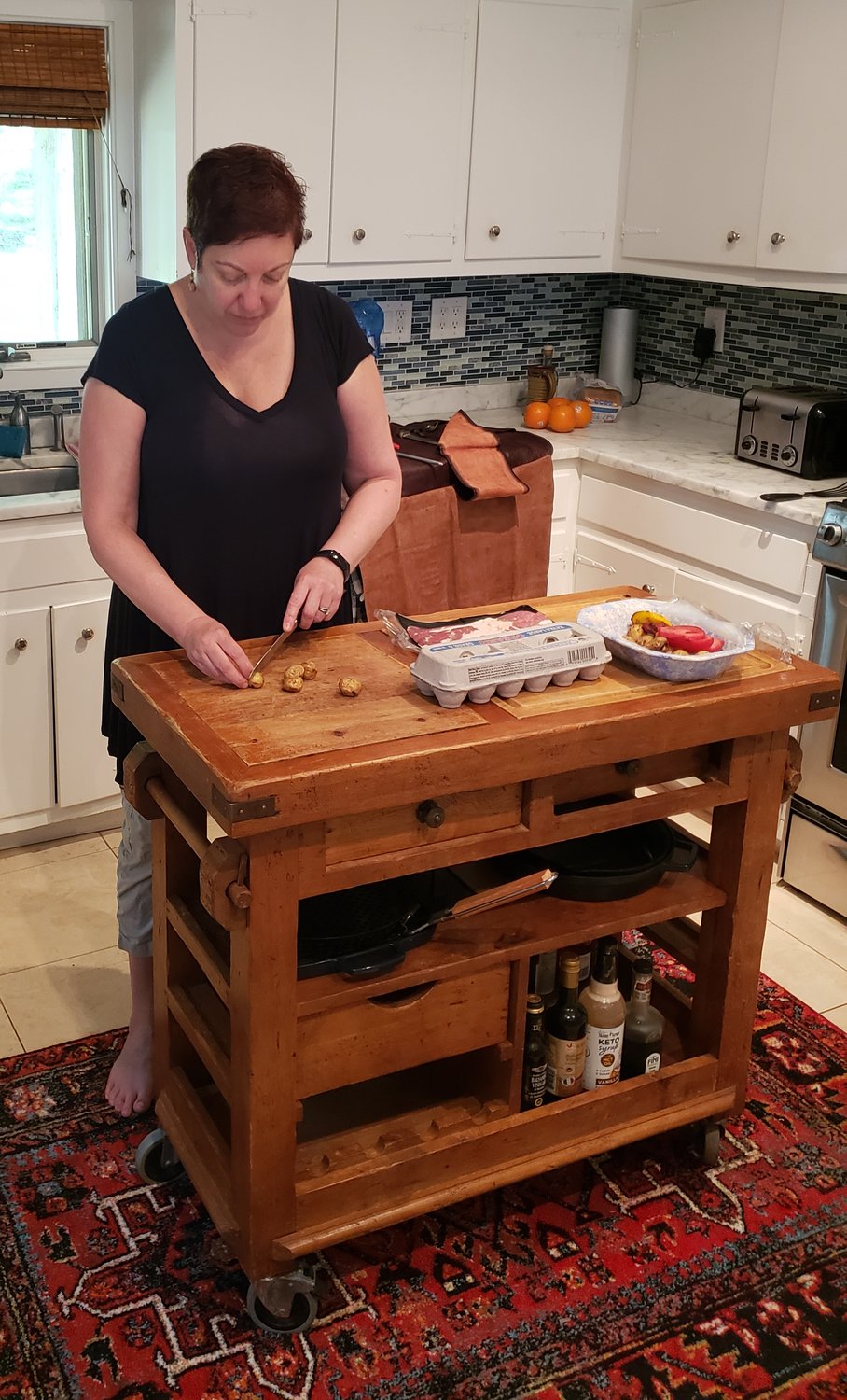 So I looked around my kitchen this week and thought: where did all this stuff come from?

I know where it came from, and I know I’m guilty. It came from my Amazon trigger finger, all items I swore I needed to get me through pandemic days tied to the kitchen.

A lot of Americans are in the same boat. While Tupperware made the top-ten list of kitchen paraphernalia we collected ad nauseum over the past months, we are also stuck with a bunch of small kitchen appliances and gadgets that we may or may not ever use again.

I think I must have four dozen kitchen towels jamming one drawer, and I’m already onto my second coffee maker. That doesn’t count the espresso maker I thought would be indispensable. And I also went a little nutty with refrigerator storage bins. A lot nutty. Organizing and cooking just seemed to take up about 90 percent of my day at one point.

The Association of Home Appliance Manufacturers recently did some surveying and found that two out of five people said they’d bought at least two appliances in recent months. Small kitchen appliance purchases came in second only to personal appliances. Coffee makers were up there on the list, but so were air fryers, blenders and slow cookers. Oh I forgot. I’m guilty on the blender front too.

In terms of gadgets, Americans have invested in everything from sheet pans to coffee grinders and cutting boards, mostly short cuts and items to make cooking easier.

Now we’re seeing a light at the end of the everyday cooking drudgery. So how much do we need hanging around? Are we sick yet of opening cabinets and having foot-crushing items fall out? Since I personally am considering doing some summer kitchen cleaning and paring-down, I decided to ask local chefs what one gadget or appliance they couldn’t do without in their own kitchens. The responses prove chefs keep it simple – and that I really don’t need extra machines and gadgets after all. Their tools are pretty basic, and they still get the job done.

One of the most repeated responses was the ode to the Vitamix blender. The do-it-all contraption is a chef favorite, mostly because it is self-contained, does everything, takes up very little room and is customizable with its attachments. Averaging about $500, it can blend and chop just about anything, and can use separate containers for each function.

“Vitamix! One piece of equipment that is so important,” said David Jansen of Jansen restaurant in Mount Airy. “It can make everything, soups, purees, dressings. Can go on and on about the uses!”

“It can do so many things. It is versatile and can be used to make sauces, dressings, grind spices. It’s very handy. It never breaks and it’s a beast!”

Another chef staple is the good old knife. Not newfangled choppers and peelers, just good old-fashioned knives. Some chefs simply can’t function without their favorites on hand.

“I almost always use my five-inch serrated Wusthof knife when I cook,” said Night Kitchen Bakery owner Amy Edelman. “The size is perfect for slicing tomatoes, onions, fruits, as well as baguettes and rolls. I grab that knife every day.”

At Karla’s Kitchen & Catering, self-taught cook Karla Salinas has three knives that do just about all her meat and veggie prep.

“I use three different kinds,” Salinas said. “A very skinny and long one for fish, a thin one for cleaning meat and a very thick one for vegetables.”

Over at Cantina Feliz in Fort Washington, culinary director Luis Villanueva has used the same Japanese Glestain knife for the past seven years, and he can’t work without it. He lost the knife last year and replaced it with the same version.

“The knife is definitely my favorite tool,” Villanueva said. “Because with a knife you can make anything in the kitchen. The knife was the first tool I used when I was learning to cut vegetables.”

Villanueva does have a runner up in terms of helpful tools: the spatula. I heard this a few times, including from chefs over at McNally’s Tavern. Spatulas are indispensable in chefs’ kitchens.

“We use it for soups, sauces, especially when we still have sauces in containers,” Villanueva said.

But there were some chefs whose favorite tools were even more basic. One of the most humbling responses to my query came from chef Carl Drake, over at Mimi’s Café & Market in Chestnut Hill. It really made me think about all those Amazon boxes I didn’t need.

“My hands,” Drake said. “They are the most versatile tool a chef possesses.”

And then there was Tavern on the Hill’s chef Gerard Strenger. When the kitchen gets frantic and hot, especially during the summer months, a surprising tool gets the job done.

“The one tool I use in the kitchen is music,” Strenger said. “I believe playing a variety of music throughout the day keeps our staff motivated.”