In "The Prisoner of Second Avenue," Neil Simon sets out to tackle a major social problem. 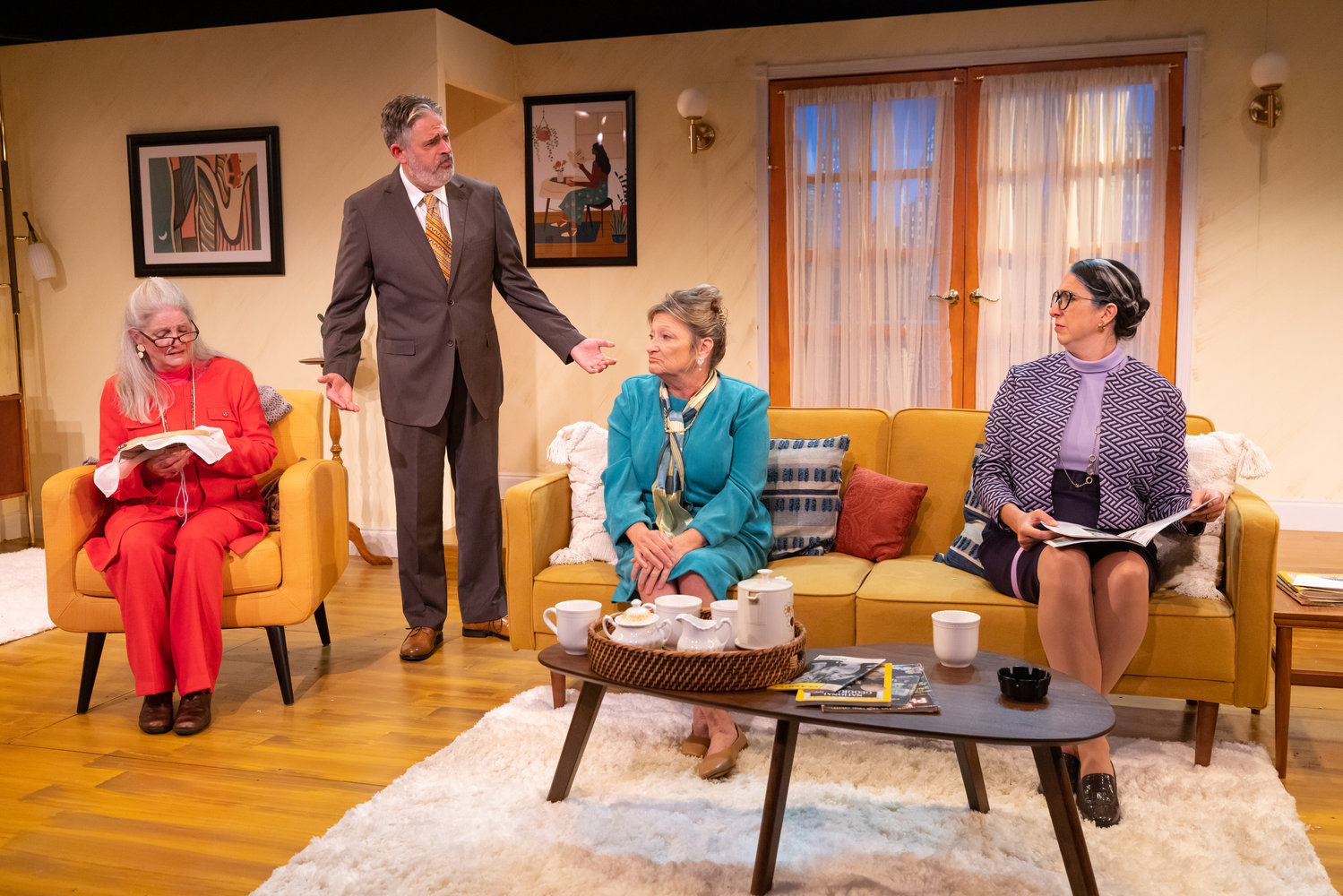 You can always expect sly humor and showers of wisecracks in a Neil Simon play. But in "The Prisoner of Second Avenue," he sets out to tackle a major social problem as well, the emerging "downsizing" movement in the workplace and systemic abuse of worker rights.

As a social commentator, however, Simon only sticks his toe in the water. Avatar of happy-ending Broadway comedy, his 1971 "Prisoner" comes to focus more on the tragicomic fragility of his main character, less on the brutalities of American capitalism and big city life.

In the Act Two Playhouse production, Artistic Director Tony Braithwaite stars as Mel Edison. All week, Mel pretends he’s going to work. In reality, Mel has been fired from his executive job, his reward for 22 years of dedicated service. He is now in the grips of what people used to call "a nervous breakdown."

Under director Tom Teti, we glimpse enveloping Manhattan.  When Mel throws open the french doors of his Second Street apartment, dusty lights and noise from the streets bombard your senses.  At one level, "Prisoner" is a timepiece that captures the dysphoria of the 1970 American city.

In Mel's world, it is 89 degrees outside, but 12 degrees indoors because the air conditioning system is frozen. The smell of uncollected garbage drifts up from the streets. Next door, two German airline stewardesses party noisily into the night. Mel is robbed and loses all his suits. Thieves even snatch his Valium.

Tony Braithwaite shows why he has earned 13 Barrymore nominations. In a constant fret, Mel could easily grate. But Braithwaite never lets his character turn into a one-note piano. There is nuance in Mel's abiding vexation. At other times, Mel blanks out, as when he deadpans, "Your mother called - we exchanged recipes."

Sabrina Profitt plays wife Edna, and the chemistry between her and Braithwaite is there. Edna has her own talent for zingers. But mostly she waits out Mel's tantrums with loving patience. The stronger of the two, Edna gets a job to keep the family afloat, but only deepens Mel's distrust and feelings of emasculation.

Even with Simon's humor, it is depressing to be around the depressed. Then, three kvetching sisters and a brother make an 11th hour entrance - structurally, an odd event but it works.  You get delightful comic relief, and also learn from resentful brother Harry (zany Peter Bisgaier) that Mel was the youngest child, always adored and babied. And the tables start to turn.

The starting premise of an uncaring socioeconomic order in "Prisoner" invites comparison to "Death of a Salesman," but the parallel does not pan out. Willy Loman was seduced and destroyed by the "American dream." In contrast, "Prisoner" grows more comical and Mel's struggle to man-up becomes more the issue.

Mel surmounts his plight, with personal effort and the support of a loving family. His troubles evaporate like a drifting fog. He stops paying his "quack" doctor $40 an hour "to watch me get better." Willy Loman is destroyed by a predatory economic order. The everyman character in "Prisoner" is merely inconvenienced.