After years of uncertainty, the nationally important Abolition Hall and surrounding acres in Plymouth Meeting, Whitemarsh Township, have been saved. Their preservation is a remarkable turn of events. 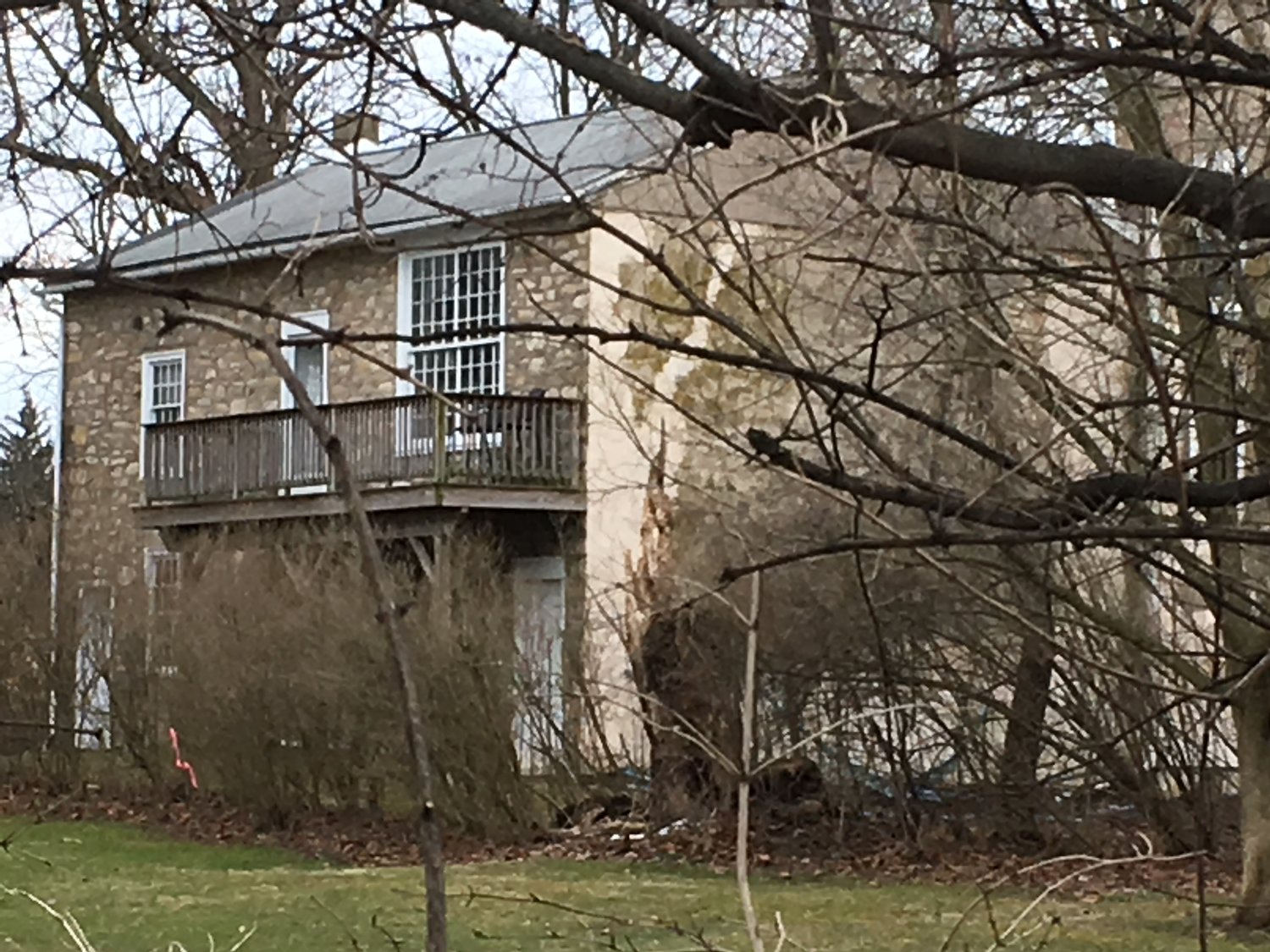 Abolition Hall will be the new headquarters of the Whitemarsh Art Center. 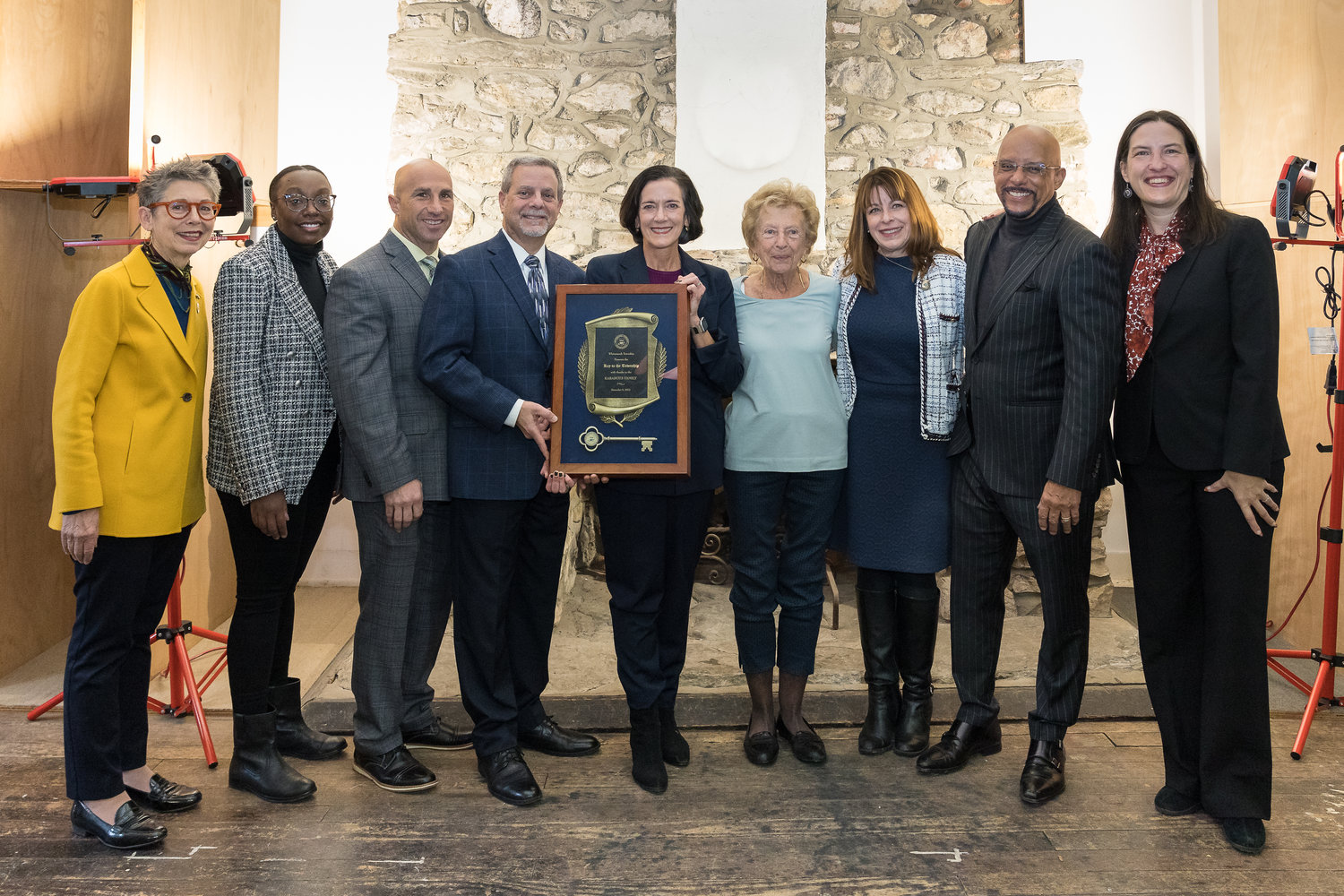 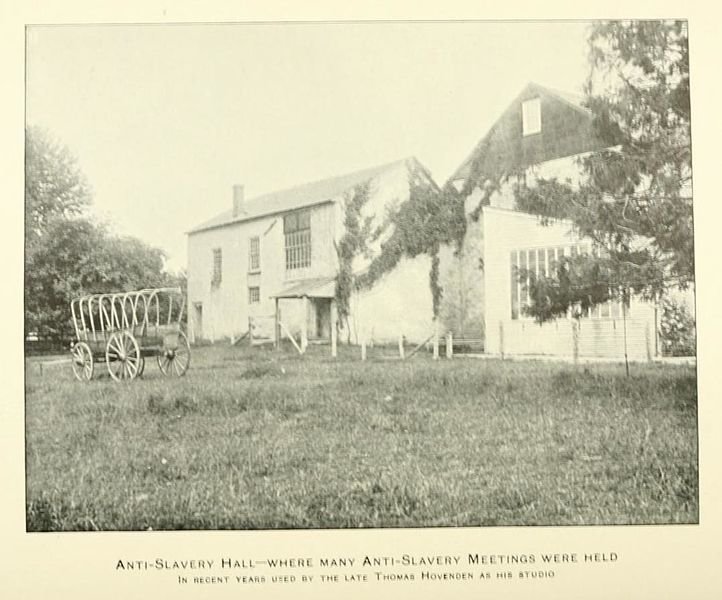 View of Abolition Hall and the adjacent barn (right), circa 1900.
Photo courtesy of the Historical Society of Montgomery County
Previous Next
Posted Thursday, December 15, 2022 12:00 am
by George McNeely

After years of uncertainty, the nationally important Abolition Hall and surrounding acres in Plymouth Meeting, Whitemarsh Township, have been saved. Their preservation is a remarkable turn of events.

“Credit for all of this belongs to many, including every person who filled a seat to bear witness to the Township’s deliberations and the developer’s legal machinations, to state elected officials who quietly but strategically intervened, to the Karabots family who stepped forward with their generous gift, and to the people who supported the Friends of Abolition Hall legal fund, some of whom reached deep into their pockets to make modest gifts of as little as $10,” said Whitemarsh Township resident and community organizer Sydelle Zove. “We persisted, despite the odds.”

Many factors contributed to make this happen.

The site was owned in the 19th century by the intermarried Corson and Maulsby families. At that time, the farm extended to more than 100 acres behind their various buildings on Germantown Pike, including the carriage house that is known as Abolition Hall. Approximately 13 acres remain today as the protected property.

The Corson’s were Quakers and ardent abolitionists. The family became “conductors” on the Underground Railroad route that skirted Philadelphia on the west, and the farm became a “station” on the way north to freedom.

In 1865, the local Quaker meeting house stopped offering their space for abolitionist meetings due to nearby incidents of mob violence.  George Corson reacted by expanding his carriage house with a second-floor meeting room that could hold more than 150 people. That hall hosted such illustrious speakers as Frederick Douglass, Lucretia Mott, and William Lloyd Garrison in the years before the Civil War.

That land and its buildings are part of the state-designated Plymouth Meeting Historic District and have been listed on the National Register of Historic Places since 1971.

Township voters first enacted the Open Space Fund in 2006 with a .25% earned income tax (EIT).  The township has raised approximately $30 million, which has been used for the purchase of both land and conservation easements.  The township has also used it to leverage an additional $2.7 million in state and federal matching funds.

To date, the township has acquired just over 300 acres, including the Corson tract.

The acquisition has not been simple. According to state law, the township can’t pay more for a site than its appraised value – which, depending upon its potential for development, is often lower than the price it could bring on the open market.

The township’s offer to the Corson family heirs in 2014 was based on what the value would be without high density development. The family declined that offer, and instead entered into a five-year sales agreement with the New Jersey-based developer K. Hovnanian Homes – which then sought township approval for 67 townhouses on the site, a move that would have awkwardly crowded Abolition Hall.

Sinkholes and the pandemic

The developers then confronted a number of challenges, despite being awarded conditional approval by the Township for the proposed development.

A geological survey confirmed that the ground is unstable due to past limestone quarrying and sinkholes in the permeable underlying limestone. Thus, the potential costs of digging new foundations rose considerably.

Then the adjacent Butler Pike was closed to traffic for almost three years due to similar sinkholes and underlying instability, an uncomfortable demonstration of the potential pitfalls of dense residential development on the Corson tract.

And finally came the pandemic. Eventually, the developer pulled out of the deal.

With the property back in play, local community activists sought funding to cover the gap between the available township funds and the sellers’ financial expectations. The solution came from the locally-based private foundation of the Karabots family.

Nikolas Karabots made a fortune in publishing, printing, real estate, and other interests. He and his family have lived in the area since 1958. Starting in 2011, they have developed their noted nearby Karamoor Estate Vineyard & Winery.

The Karabots have been major supporters of The Franklin Institute, Children’s Hospital of Philadelphia, Einstein Medical Center, and other charities, including the Whitemarsh Art Center.

Nikolas Karabots died in 2021, but his wife, Athena, has continued their philanthropic efforts. Over the summer, the Foundation awarded $2 million towards the Corson tract, making it possible for the Township and the Whitemarsh Art Center to buy it for $3.95 million.

Historic buildings may be appealing in the abstract, but they must also function in today’s world, so this property needed a productive use.

The solution?  The nearby Whitemarsh Art Center.  It will move its campus from its current location on Cedar Hill Road.

The Art Center will likely use the Hovenden House for their offices and classrooms, while the Barn will be used as a multicultural center, and Abolition Hall itself will be a public meeting space. The township and the Art Center will be scheduling public meetings to gather community input on those decisions, with a goal of opening in late 2023.

“The Karabots Foundation and the Township have created a once-in-a-lifetime opportunity to preserve history and extend educational opportunities for the community,” says Whitemarsh Art Center Board of Directors President Dan Zuena. “The multi-cultural center would support the Karabots Foundation's mission to serve and benefit underprivileged youths by providing a place to meet, learn, and participate in activities associated with the Art Center’s programs, and also enjoy the open space that was able to be preserved.”

According to Zove, the enthusiasm and efforts of community activists have been essential to helping Whitemarsh Township preserve history and open space in the face of ongoing development pressure.

Happily, for this project, the result has proved to be beneficial for the residents of Whitemarsh Township for years to come.