The Springfield Township Board of Commissioners voted 6-0 against a resolution that would have prohibited the Thin Blue Line flag from being displayed on township property. 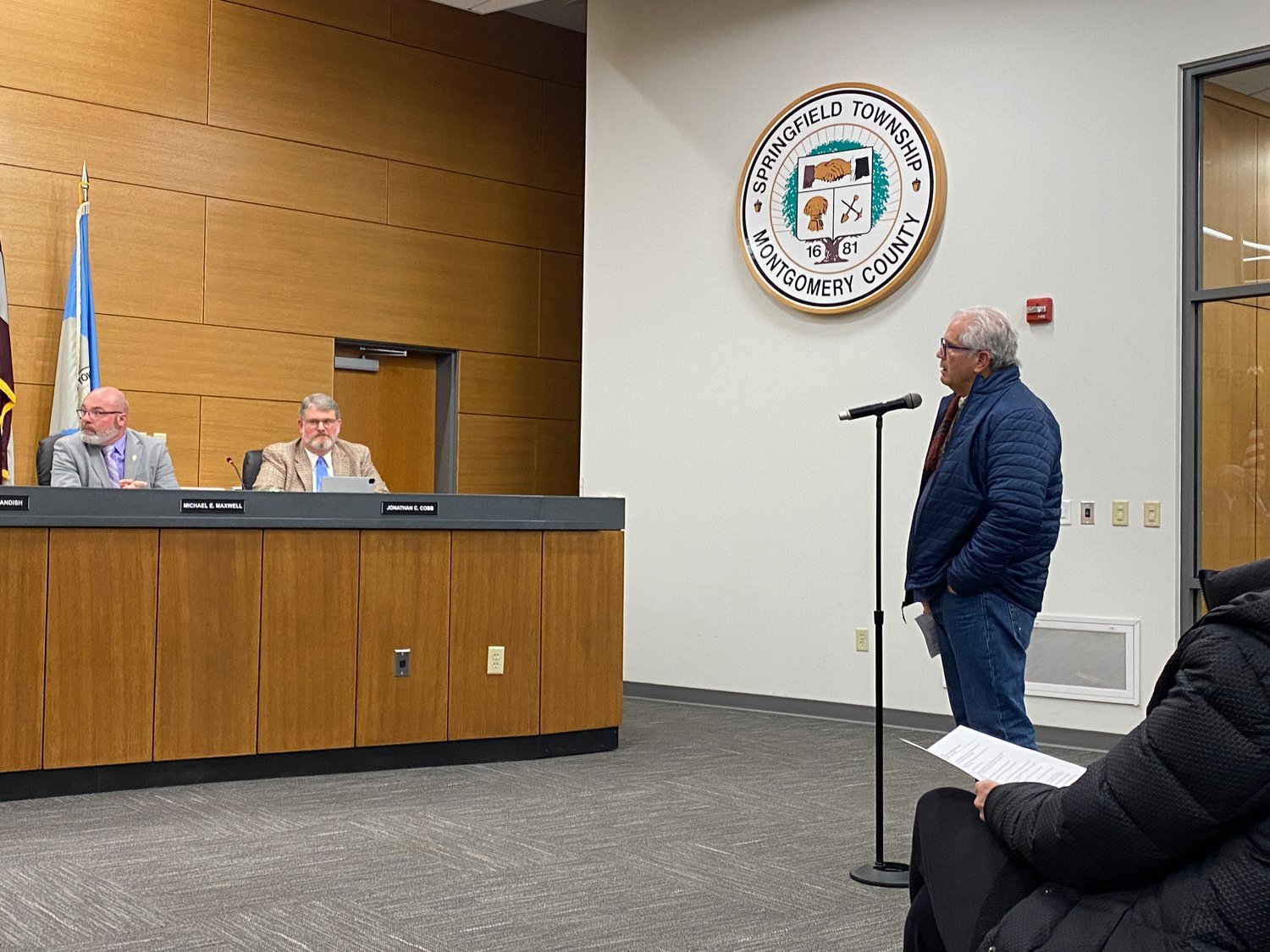 The Springfield Township Board of Commissioners voted 6-0 against a resolution that would have prohibited the Thin Blue Line flag from being displayed on township property in a Dec. 14 Board of Commissioners meeting. The vote is the latest development in a roughly year-long debate among township officials and constituents about the Thin Blue Line emblem donned by the Springfield Township Police Benevolent Association.

The unanimous vote against the ban came despite support from four of the six commissioners who were present at the meeting. The seventh commissioner, Eddie Graham, was absent, although Graham has been vocal about his opposition to the PBA emblem in the past.

Commissioners Susanna Ratsavong, Baird Standish, Peter Wilson and Board President Jim Lee all voted against the resolution despite supporting it in theory. They signaled that they hoped to eventually pass a version of the resolution, but that its current language was too “vague.” The vagueness issue was brought up at the meeting by supporters of the logo.

“If someone comes down to the park and all the sudden you have 50 people wearing this emblem…what's going to happen?” asked resident and former township commissioner Jim Dailey during public comment. “Are you going to shut down the event?”

Dailey, like other supporters of the emblem who spoke at Wednesday’s meeting, didn’t dispute the offensive nature of the logo. Instead, they argued that restriction of the logo’s display was a free speech issue.

“You're talking some huge free speech issues here,” said Dailey. “I care about everybody — whether I agree with them or not — to be able to express themselves however they want. And I may find some things very offensive, but somebody still has a constitutional right to display or wear it.”

Robert Gillies, another resident and former commissioner, said that the board was “stepping way out of bounds here by telling people what they can and cannot do when they go to township property.”

The only township commissioners to speak against passing any version of the resolution were Commissioners Mike Maxwell and Jonathan Cobb.

“This is a very heavy-handed measure that does seem to be very punitive, directed at a very specific issue that I don't think adds any value to debate,” Cobb said. “If anything, it brings us further apart. It brings us further away from any resolution that would benefit this township.”

Those against the emblem argued the PBA logo is creating an issue for the Springfield Township Police Department because it has the potential to create mistrust or division between community members and  the department.

It’s unclear whether the Springfield Township Police Department is concerned about the PBA’s logo undermining its ability to maintain public trust. The Local has repeatedly reached out via phone to the police department’s chief, Michael Pitkow, to discuss the logo. Each time, a message is left with Pitkow’s secretary, but not once has the Local received a call back from the police chief. The Local has also sent repeated emails to the PBA requesting comment, but has not once received a response.

It’s unclear when a new version of the resolution will be brought up for debate at a future board meeting, but Ratsavong said she hopes it's “sooner rather than later.”