It is no secret that the pandemic has been particularly hard on restaurants and other food-related businesses. 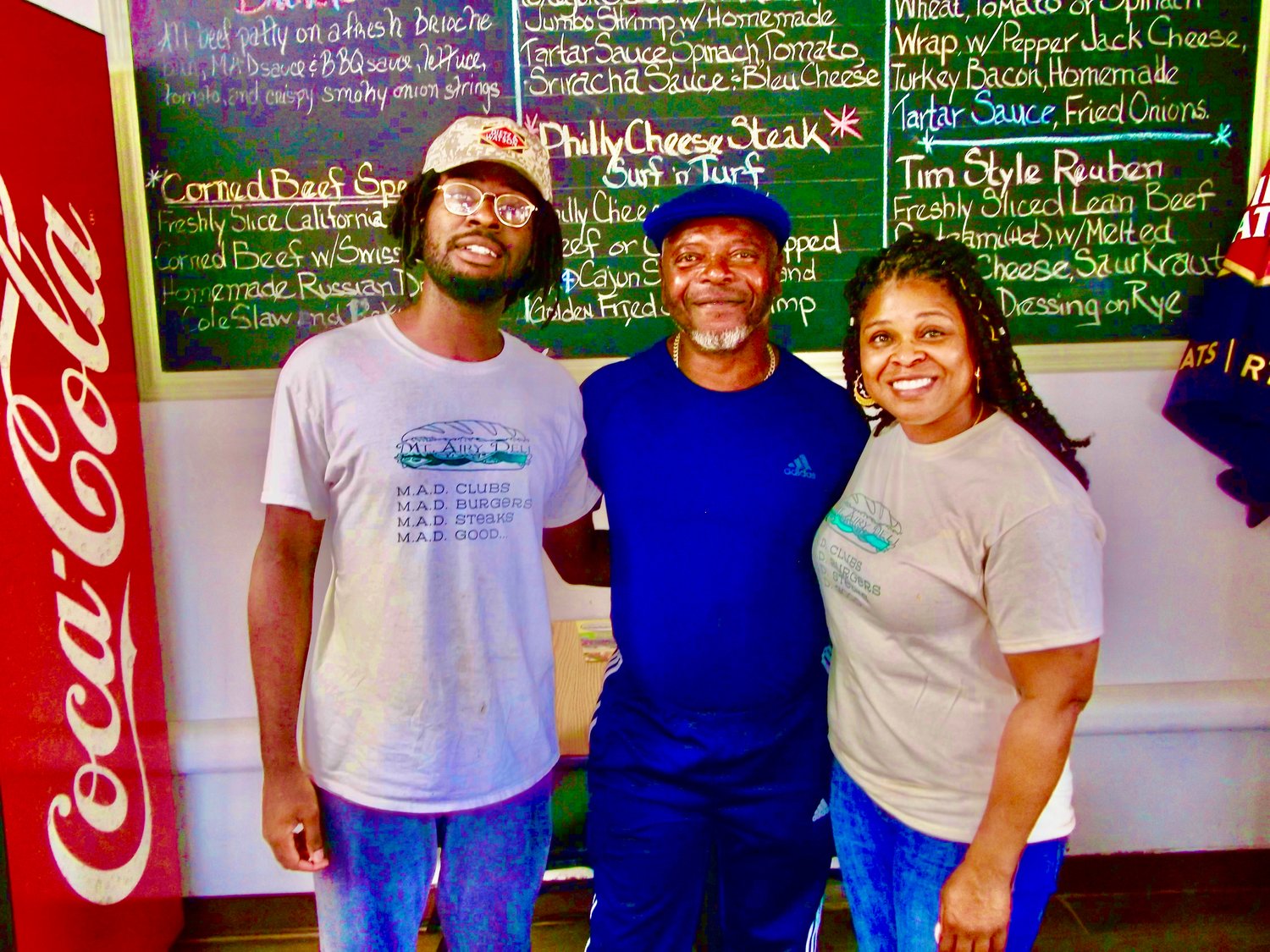 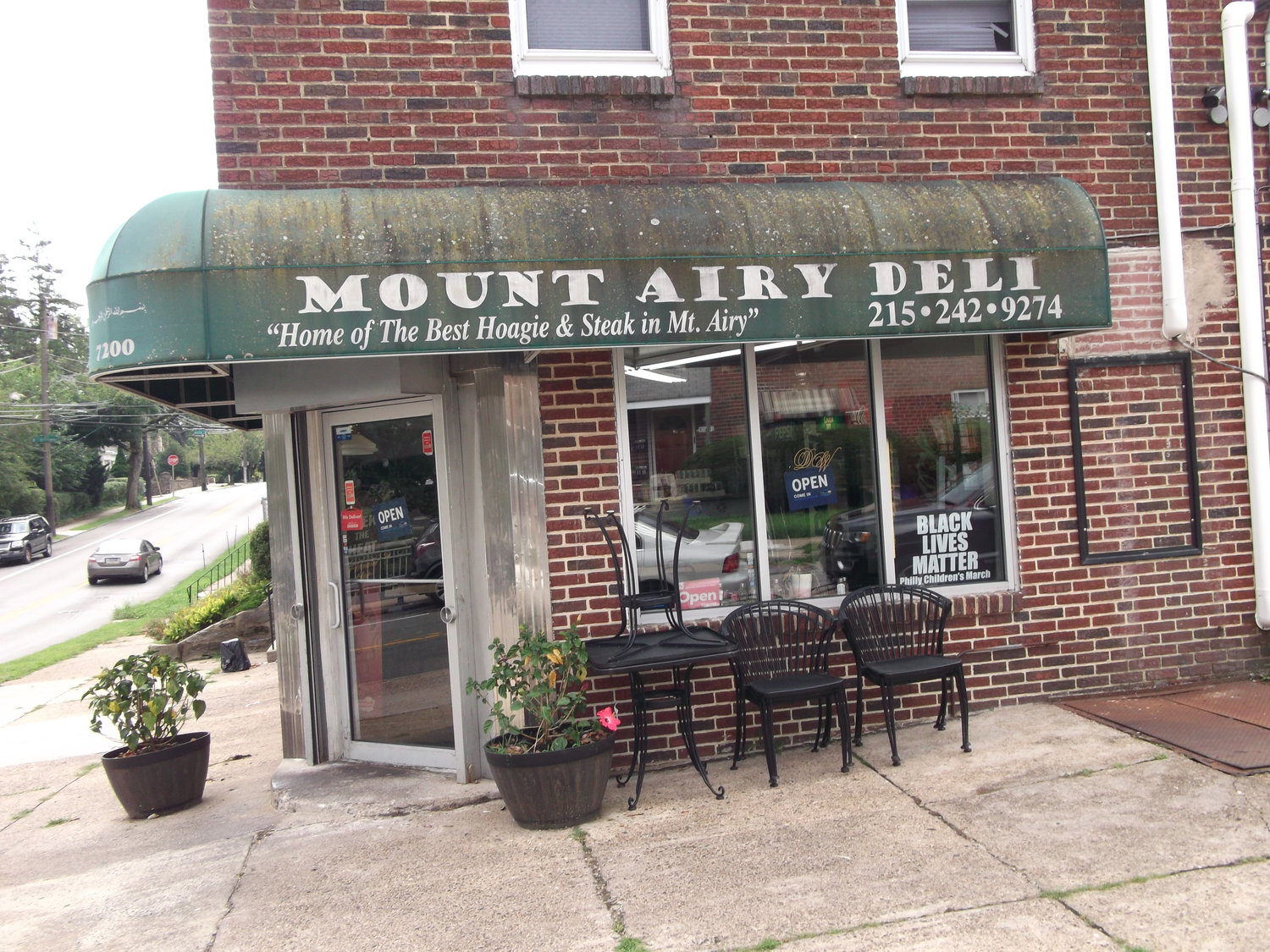 The storefront has been at the corner of Devon Street and Mt. Airy Avenue in East Mt. Airy for 27 years.
Photo by Len Lear
Previous Next
Posted Thursday, September 22, 2022 12:00 am
by Len Lear

It is no secret that the pandemic has been particularly hard on restaurants and other food-related businesses. Many simply closed their doors, leaving countless employees without jobs, while others are barely hanging on.

One exception to this story, however, is the Mt. Airy Deli, which just finished its 27th year in business at the corner of Mt. Airy Avenue and Devon Street. And this one comes with a Pandemic-style twist featuring a woman who dropped out of the corporate world to follow her own dream.

“I am often tired as all get out and frustrated at times, and it's hard to find workers, but I still did the right thing,” said Nicole Thomas, who together with her son, Jarrod, took over ownership from her parents, Coker and Melanie, in 2018. “Designing software was gratifying also, but I own this deli. It’s a different feeling. It’s my legacy.”

And business has been great.

As of Labor Day, the deli had more than 7,000 followers on Instagram, where they post videos of their food.

Particularly popular is the shrimp po’-boy sandwich (which is as good as we have had in New Orleans, where it is a virtual staple), wings, a salmon wrap, sweet potato fries and the lobster roll sandwich.

“By the grace of God, we have been very, very busy during the pandemic, even at the beginning,” Thomas said. “We have had constant online orders and lines out the door, and I am sorry to say it, but we have catered many funerals throughout.”

One downside is that it’s been difficult to find and keep good employees.

“One of my cooks moved out of the area, and another one stayed home because of the children being out of school, so my son and I do all the food preparation,’” she said. “We start at 7:30 a.m. until we can't go any more, usually 5 p.m., and then I just have to rest. Sometimes, though, we were so busy that it was all hands on deck, including both of my parents.”

A lifelong resident of Mt. Airy, Thomas went to Jenks Elementary School in Chestnut Hill, Bodine High School for International Affairs in Northern Liberties and Drexel University, where she graduated in 2000 with a major in human resources management.

After college, she worked for a company that consulted with start-up businesses, bringing them up to speed on technological developments. For 17 years, she worked there while also helping out in her parents' deli on weekends. It was a lot of extra work, but for her, that came naturally. The food business just runs in her family.

“We all can’t get away from it,” Thomas said. “My grandfather’s sister owned a Chinese restaurant in Jenkintown in the 1930s. My grandfather had an amazing palate, and he cooked for people like Billie Holiday, Paul Robeson and professional boxers. He taught us all how to cook. My dad was the same way. He would go to a restaurant and come home and then cook the exact same meal, and it was just as good. My dad and uncle also had a deli in North Philly.”

So when Thomas’ parents announced in 2018 that they were retiring and would be selling, she knew she wanted to run it full time. And she never doubts that she made the right decision.

“I wanted to keep it in the family,” she said. “My corporate background has been very helpful. I was able to transfer the skills in operations efficiency and as a systems architect to the things I do here. And I am thankful every day for our loyal customers who have really supported us for so many years. We could not do it without them.”

And, come October, her granddaughter Essa will turn 5 – and may then have her own stand in front of the deli, with lemonade and water ice. How could anyone resist?

For more information, call 215-242-9274 or visit mtairydeli.com. You can reach Len Lear at lenlear@chestnuthilllocal.com