Tiny house designed for a big dose of happiness

Most city people usually think of a weekend getaway as a reason to take a car trip. Or you can stay in a tiny house in Germantown.

Tiny house designed for a big dose of happiness 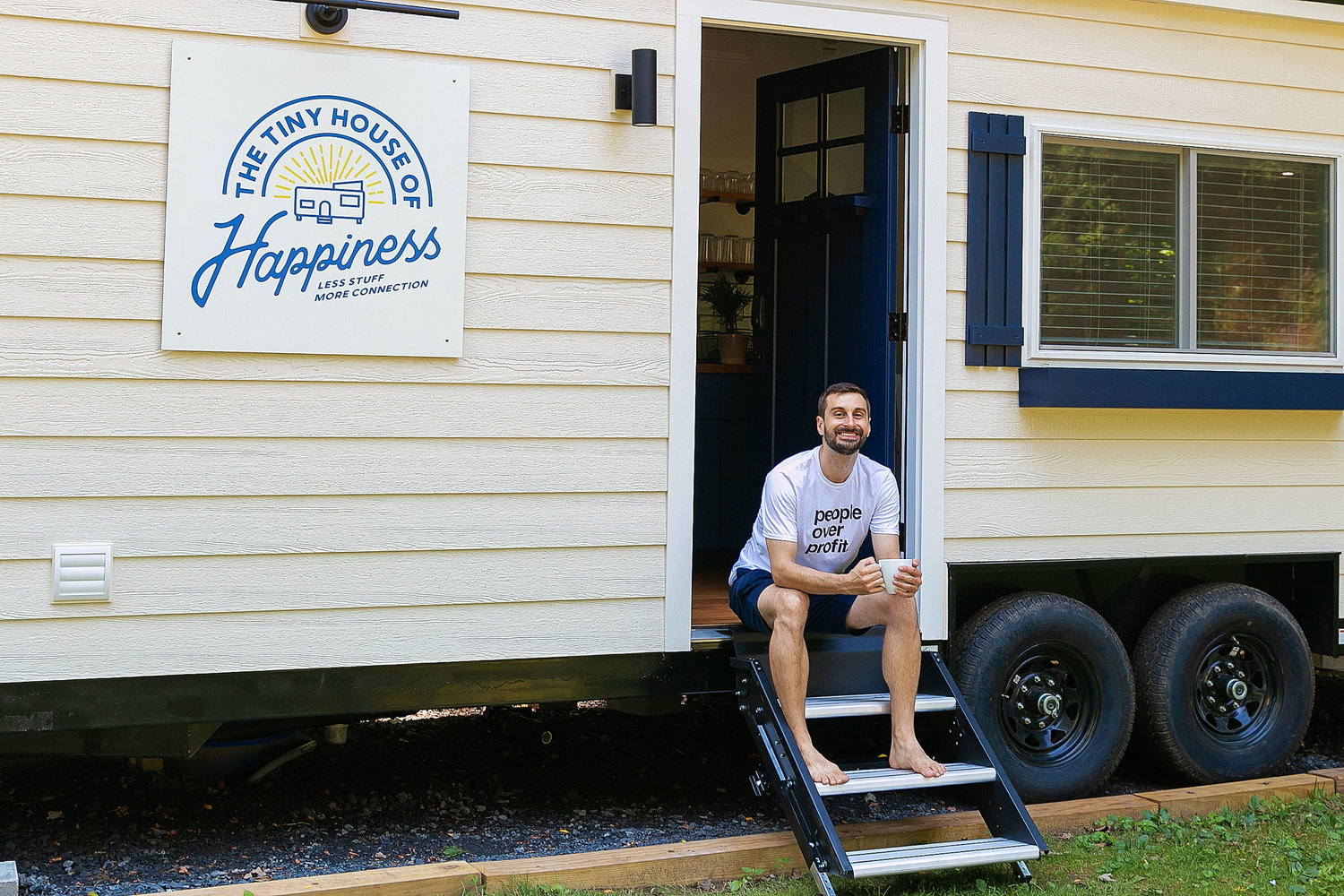 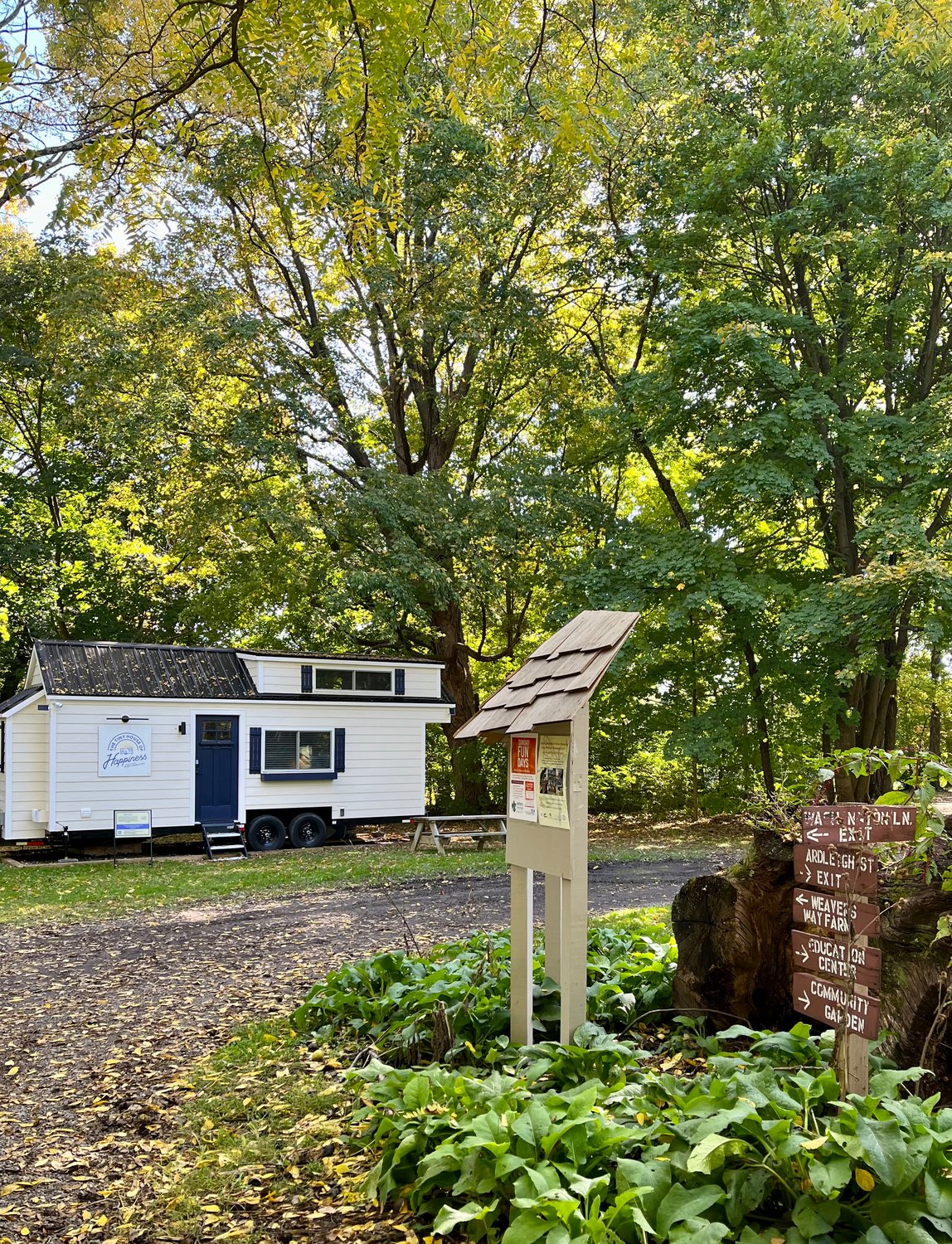 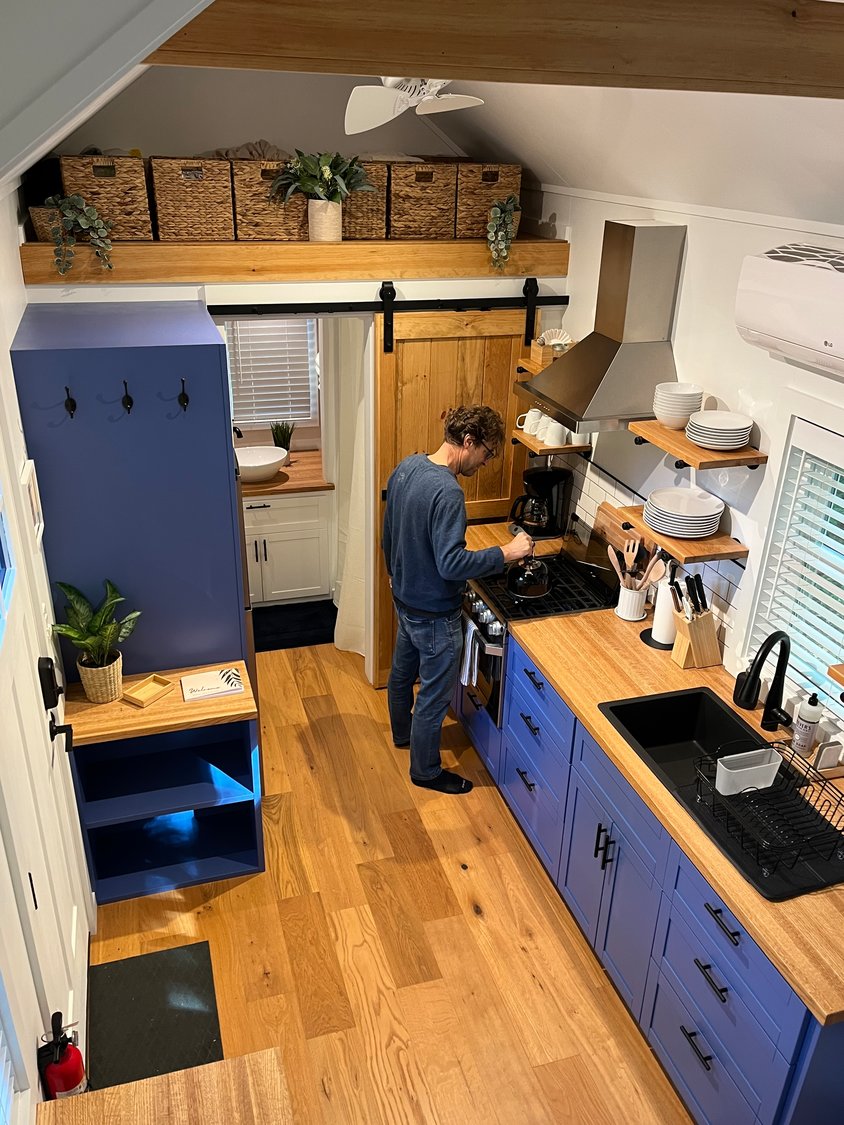 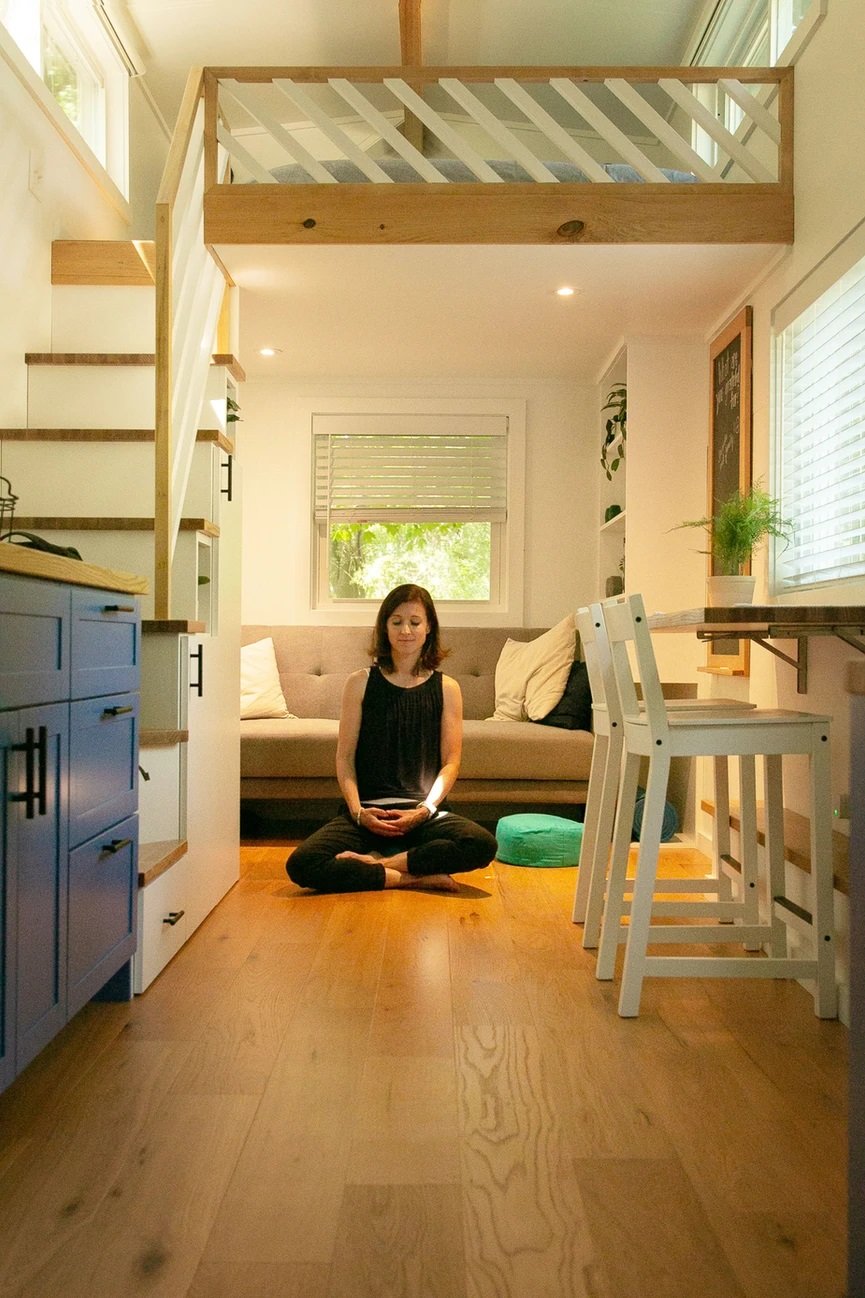 Most city people usually think of a weekend getaway as a reason to take a car trip, and escape to charming destinations like the Pocono Mountains, Pennsylvania Dutch country in Lancaster County, or the Jersey Shore.

But if Danny Torrance has his way, some will instead be making their getaway right here in Germantown. More specifically, he’s hoping they’ll be coming to his brand new Tiny House of Happiness, a short-term rental now located on the 56-acre property of Awbury Arboretum.

The 350-square-foot house, completed in July, is actually built on a trailer since state law would require it to meet a variety of expensive building codes if it were built as a permanent structure. But this means Torrance can haul it around and move it if need be – a fact which turned out well for him, as it meant he could get permission to park it on the grounds of Awbury Arboretum, where it's been available for rental as of Oct. 1.

“It was a lot easier to persuade them than I thought it would be,” Torrance said, adding that Arboretum staff have been incredibly hospitable.

Getting there is a trip in itself. After pulling up to the Awbury Arboretum farm ground off Ardleigh Street, you leave your car behind, along with your cares, and wander into the farm and its gardens. Follow the path past the goats, the chickens, and finally the bee hives till you land upon the parked little house, nestled in among the trees.

Torrance, who grew up in Fresno, Calif., moved to Philadelphia for a job in social work, and has also worked for a variety of city-based nonprofits – helping people who have disabilities and forms of mental illness. While earning a master’s degree in applied positive psychology from the University of Pennsylvania in 2015, he studied the habits and conditions that help individuals, communities and organizations thrive – information that he is now using to develop this enterprise.

The idea, according to Torrence, is to make a business out of introducing people to what Tiny houses have to offer – with a lot of extra support for the part that requires introspection and calm. That means an emphasis on sustainable living, and guiding people toward a “thoughtful relationship to their stuff.”

“We have bought into the false promise of capitalism and consumerism,” Torrance said in a recent interview. “This will help create a world where happiness is found through connection, not consumption, where people are valued over profit, where we build meaningful relationships and take care of the earth.”

Torrence said his academic study taught him that greater well-being often comes from non-material things, like relationships, finding meaning in life and being connected with nature.

“Happiness is a by-product of living a life of greater meaning, intentionality and connection, not consuming more and bigger things,” he said. “After all, in the last 50 years we have seen bigger and bigger homes and cars in this country, and yet we have also experienced an increase in anxiety, depression and stress.”

While the tiny house does have cell phone service, it does not have wi-fi or a TV. All guests receive a workbook that includes a suggested schedule of readings, activities and reflection on topics such as gratitude, connecting with nature and minimalism. They are also welcome to tour the arboretum grounds and take part in any of Awbury's activities.

Once the private enclave of an extended Quaker family, Awbury Arboretum has been open to the public free of charge as a public park and arboretum for more than 100 years. And on Sunday, Oct. 30, 11 a.m. to 4 p.m., The Farm at Awbury, 6336 Ardleigh St., will host Harvest Fest 2022, free to the public, with food and brews, hayrides, a goat parade, a s'mores pit, Halloween fun, and a Rolling Stones tribute band.

For more information, visit thetinyhouseofhappiness.com. Len Lear can be reached at lenlear@chestnuthilllocal.com

A modern update for a mid-century treasure