There was a time when Russell Thompkins, Jr., who grew up in North Philadelphia but has lived in Mt. Airy for 50 years, could hardly walk around the Chestnut Hill area without one of his fans waving or asking for an autograph. 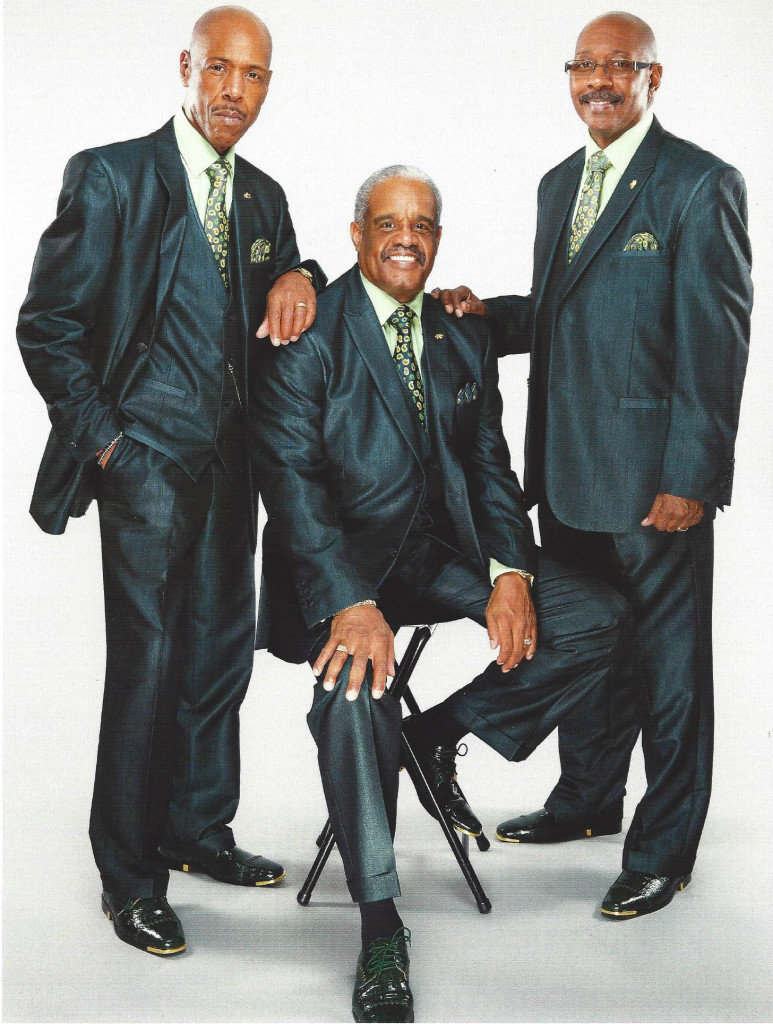 There was a time when Russell Thompkins, Jr., who grew up in North Philadelphia but has lived in Mt. Airy for 50 years, could hardly walk around the Chestnut Hill area without one of his fans waving, or coming up to him just to say hello or ask for an autograph.

It was the 1970s, and Thompkins was lead singer of the popular singing group “The Stylistics,” which had 12 consecutive top 10 hits, including “You Are Everything,” “Betcha by Golly, Wow” (Thompkins' favorite), “I'm Stone in Love with You,” “Break up to Make up” and “You Make Me Feel Brand New,” which earned the group five gold singles and three gold albums. The Stylistics were also hugely popular in Europe, especially in the United Kingdom. In fact, they are one of the few U.S. acts to have two chart-topping “Greatest Hits” albums in the U.K.

“Of course all that's changed now,” Thompkins said last week. “Today I still enjoy walking around Mt. Airy and Chestnut Hill, and I'm still the lead singer of the group as we continue to perform all over the world, but hardly anyone recognizes me now. Maybe that's because our group and the songs we sang are not as popular and heard as often as they were many years ago. Or maybe it's because I've grown older. I'm now 71 and just don't look the way I once did.”

Thompkins said he loves Mt. Airy and the adjacent communities, and he lives in the same house he bought five decades ago. Raised in North Philly, he said his moving to the Northwest brought with it larger spaces, like a big backyard and front lawn.

“It was one of the quietest neighborhoods I had ever lived in,” he said. “It was like I came out of the concrete and into the greenery. At the time there was nothing like it. The area has changed somewhat over the years, but there's nowhere else I'd rather be.”

Thompkins was first introduced to music by his father. During his time at Benjamin Franklin High School, he was a member of a local vocal group called the Monarchs, who defeated another group called the Percussions in a school talent show. In 1968, both groups decided to join together to form The Stylistics.

Thompkins reflected on his hitmaking career in the wake of the recent deaths of two Philadelphia music legends who were instrumental in his career: Leon Mitchell, a producer and leader of the house band at the historic Uptown Theater in North Philadelphia and Grammy-winning producer Thom Bell who wrote and produced a series of Stylistics hits including You Are Everything” and “Betcha by Golly, Wow.”

“Thom Bell is the producer I thought about every day,” Thompkins said. ”For the three years I worked with him, I learned my craft. He was an excellent producer, arranger, singer and friend.”

Mitchell was considered “the godfather of producers,” Thompkins said. “He produced my first song, ‘You're a Big Girl Now.’ That song put the Stylistics on the map. I will miss them both.”

After the sweep of ‘70s hits, the group’s U.S. success began to wane, even as their popularity in Europe, and especially the United Kingdom, increased.

“But in 1999, I decided to split from the group,” Thompkins explained. “After years of arguments and power struggles, I knew it was time to move on. The way I looked at it, you can't make music with people you don't like.”

After finally leaving the group, Thompkins decided to do something he'd always wanted to do. He began studying music formally and learning how to play the piano at the Settlement Music School in Germantown.

For a time he was afraid he might lose his voice if he didn't use it – that distinctive falsetto that he was famous for, and was the driving force of the original Stylistics. In fact, many believe it was that voice that carried the group to seven gold albums, 15 gold singles, two double gold singles, eight platinum albums, one double platinum album and 14  platinum singles.

In 1974, the Stylistics received a Grammy nomination for “You Make Me Feel Brand New,” and a plaque on Philadelphia's Walk of Fame in 1994. Over the years the group has received various awards and trophies from around the world, and in 2004 they were inducted into the Vocal Group Hall of Fame.

Although Thompkins enjoyed a solo career for a time, in 2004 he decided to form a new group, calling it Russell Thompkins, Jr. and the New Stylistics, which also features Raymond Johnson and Jonathan Buckson.

“Today we travel a lot with about 14 people, including the musicians, singers, the wardrobe people and so on,” Thompkins said, “but that's what we get paid for, and thankfully the gigs keep coming. Of course, when I'm on the road I miss my home in Mt. Airy very much.”

So if someday you're out just strolling around Germantown Avenue in Mt. Airy or Chestnut Hill and happen to see a distinguished looking white-haired gentleman who looks vaguely familiar, don't be afraid to go up and introduce yourself.

“That would make me very happy,” said a smiling Thompkins. “I love meeting old fans and making new friends.”

Rita Charleston has been writing profiles of Philadelphia area show business personalities for many newspapers and magazines for decades.