The westward facing windows were “so large that they started to bow on their own weight,” Meyer said. “The crumbling glazing and deteriorating mullions (wood pieces in panes of glass) let in harsh amounts of air and noise. Besides, it was clear that these windows were much too large to try to repair in place.” 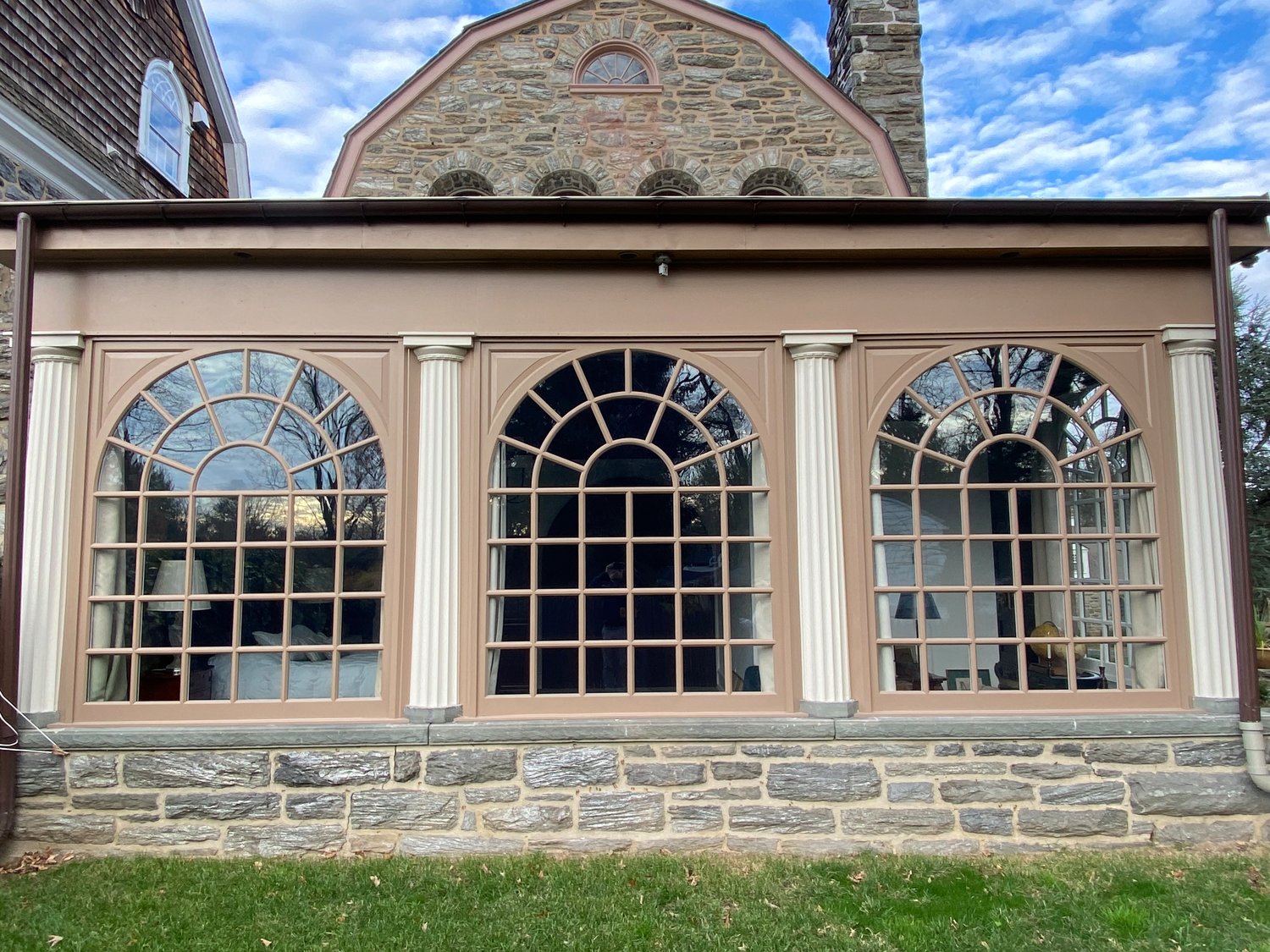 Dutch Colonial after its windows and columns were restored. 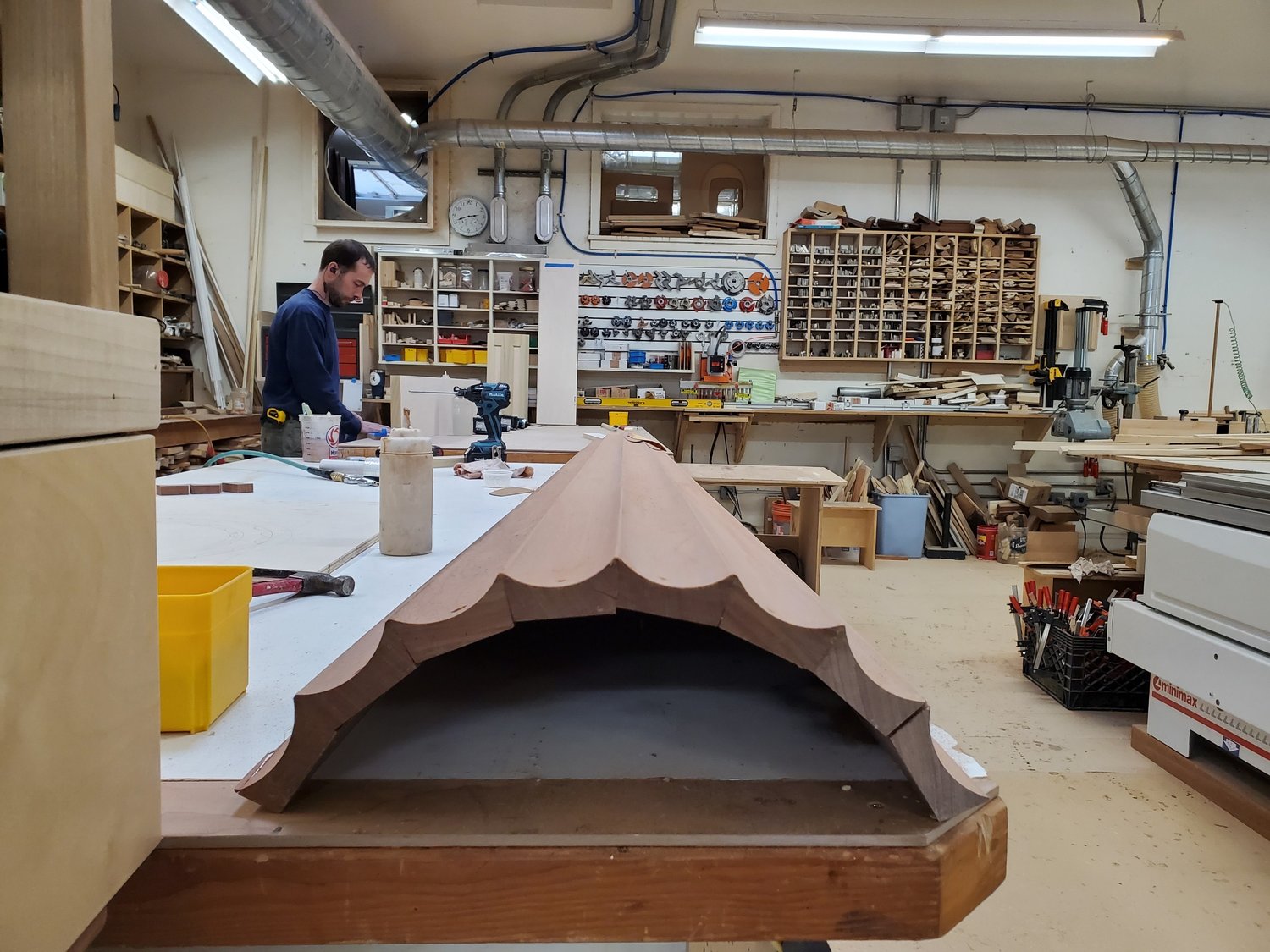 The westward facing windows were “so large that they started to bow on their own weight,” Meyer said. “The crumbling glazing and deteriorating mullions (wood pieces in panes of glass) let in harsh amounts of air and noise. Besides, it was clear that these windows were much too large to try to repair in place.”

Meyer and his team developed a two-part solution.

First, they decided that a meticulous reproduction of the windows was the best path forward.

Second, they would restore the more than 100 year-old columns that were hidden, boxed in and surrounded by plywood. When they removed the wood, they uncovered a thrilling surprise.

“After demolishing the plywood boxes,” Meyer said, “we discovered that all of the original columns were intact except one. Our mill shop recreated the missing column exactly, including hand-carving the egg-and-dart capital moldings. Tapered flutes were routed into the eight-foot length of the body of the column.”

The result: “The new column fits into the existing opening as if it were an original column,” Meyer said.

The upgrade from the old-and-drafty, single-pane windows to insulated windows make the room more comfortable and quieter. Replacing the material in the framing from pine to mahogany and from single-pane glass to double-pane glass, improved the integrity of the windows.

The space is true to the original, but now more functional and just as elegant.

The Conservancy’s award honors Chris Meyer and his talented team including CarolAnn Meyer Hartley and Oleg Khoroshenko for their exacting restoration. They refreshed a treasure that will resonate decades into the future.