Although the COVID-19 pandemic stubbornly refuses to completely go away, during the week between Oct. 16 and 23, I heard three performances that bode well for the future. 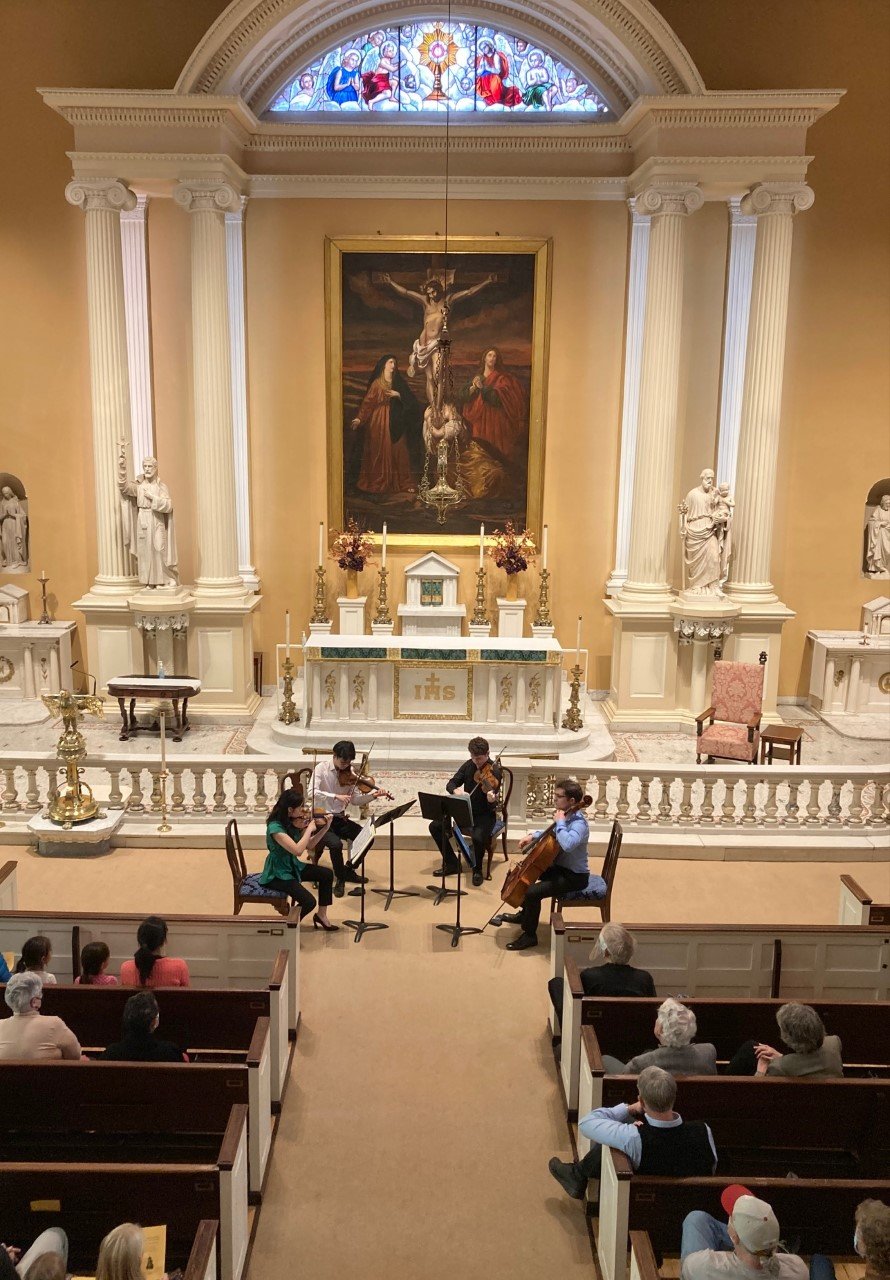 Although the COVID-19 pandemic stubbornly refuses to completely go away, there are encouraging signs that its negative impact on our lives is beginning to recede. Three recent classical music events have given me hope that the end may be within our sight, at last.

During the week between Oct. 16 and 23, I heard three performances that bode well for the future. These included a Choral Evensong sung by the revived treble choristers of St. Paul’s Episcopal Church, Chestnut Hill, and St. Thomas Episcopal Church, Whitemarsh; a string quartet recital featuring young and talented students of the Curtis Institute of Music; and the Metropolitan Opera’s first production of Luigi Cherubini’s “Medea.”

Sunday afternoon’s Choral Evensong at St. Paul’s Church proffered exquisite singing by the combined children’s choirs of St. Paul’s and St. Thomas under the joint direction of each parish’s music director, Andrew Kotylo and Michael Smith, respectively. The two musicians paired off conducting and/or accompanying at the organ, overseeing performances of music including George Dyson’s “Magnificat” and “Nunc Dimittis” from his Evening Service in E minor and Felix Mendelssohn’s anthem “I Will Sing of Thy Great Mercies” from his oratorio “St. Paul.”

The young vocalists sang with impressive authority, remarkable tuning, seamless blend and balance, and a fine projection of the texts of each of the three major choral works. They were equally efficacious in the singing of the proper Psalm 114 for the day, “When Israel Came out of Egypt,” by George Mursell Garrett.

Future musical events at St. Paul’s Church include the second in the parish’s “Five Fridays” series of recitals Nov. 4 at 7:30 p.m. The church’s music director and organist, Andrew Kotylo, will join harpist Rachel O’Brien. The parish will celebrate the ancient Solemnity of All Souls Sunday, Nov. 6, at 5 p.m. with a performance of John Rutter’s “Requiem Mass.” The Feast of Christ the King will bring the liturgical year to an end with a Choral Evensong Sunday, Nov. 20, at 5 p.m. Robert McCormick, music director at St. Mark’s Episcopal Church, Locust Street, in Center City Philadelphia, will be the guest organist.

Despite having only come together as an ensemble this fall, the young musicians gave riveting interpretations to Mendelssohn’s String Quartet No. 3 in D major, opus 44, no. 1, and Mozart’s “Dissonant” String Quartet No. 19 in C major, K. 465.

They caught the symphonic scope of the Mendelssohn’s first movement, the sweet charm of the Menuetto, the lilting lyricism of the Andante, and the sweeping brilliance of the closing Presto con brio. Their playing throughout all four movements was marked by energetic rhythms, bracing textures, expansive phrasing, and seamless ensemble.

They projected the more finely tuned classicism of the Mozart with an admirable feel for the music’s structure as well as its surprising moments of harmonic tension.

Equally memorable was the acoustical ambience of the setting of Old St. Joseph’s Catholic Church. Built in the 1830s, its simple “shoe-box” shape and natural materials (wood and plaster) produced a sparkling clarity within formidable resonance that’s rare these days.

‘Medea’ at The Met

Cherubini’s “Medea” is one of those operas that lives more in myth and legend than in reality. It was premiered in Paris in 1797 in its original French-language version, which included spoken dialogue. The most commonly performed version nowadays is that which features Carlo Zangarini’s fully composed Italian translation. It was this “Medea” that was revived in Florence in 1953 for the legendary (most definitely not mythic) Greek-American soprano, Maria Callas.

Although then-director Rudolf Bing tried to lure Callas to the Metropolitan Opera for what would have been its first-ever production of “Medea,” it never happened. It has fallen to the Met’s general manager, Peter Gelb, and its music director, Yannick Nezet-Seguin (also music director of our own Philadelphia Orchestra) to bring “Medea” to the Met’s stage. I caught the Saturday, Oct. 22, matinee and came away wowed by both the opera, itself, and the Met’s mounting.

Soprano Sondra Radvanovsky was a commanding Medea and tenor Matthew Polenzani was a tragically heroic Giasone. Carlo Rizzi conducted the fabled Met Orchestra with strength and sensitivity, and David McVicar’s stage production worked consistently even if not convincingly. When all is said and done, there really is nothing quite like the Met.