Two of the local classical music community’s most cherished and acclaimed resident ensembles closed out their “virtual” seasons with concerts in June. Matthew Glandorf conducted … 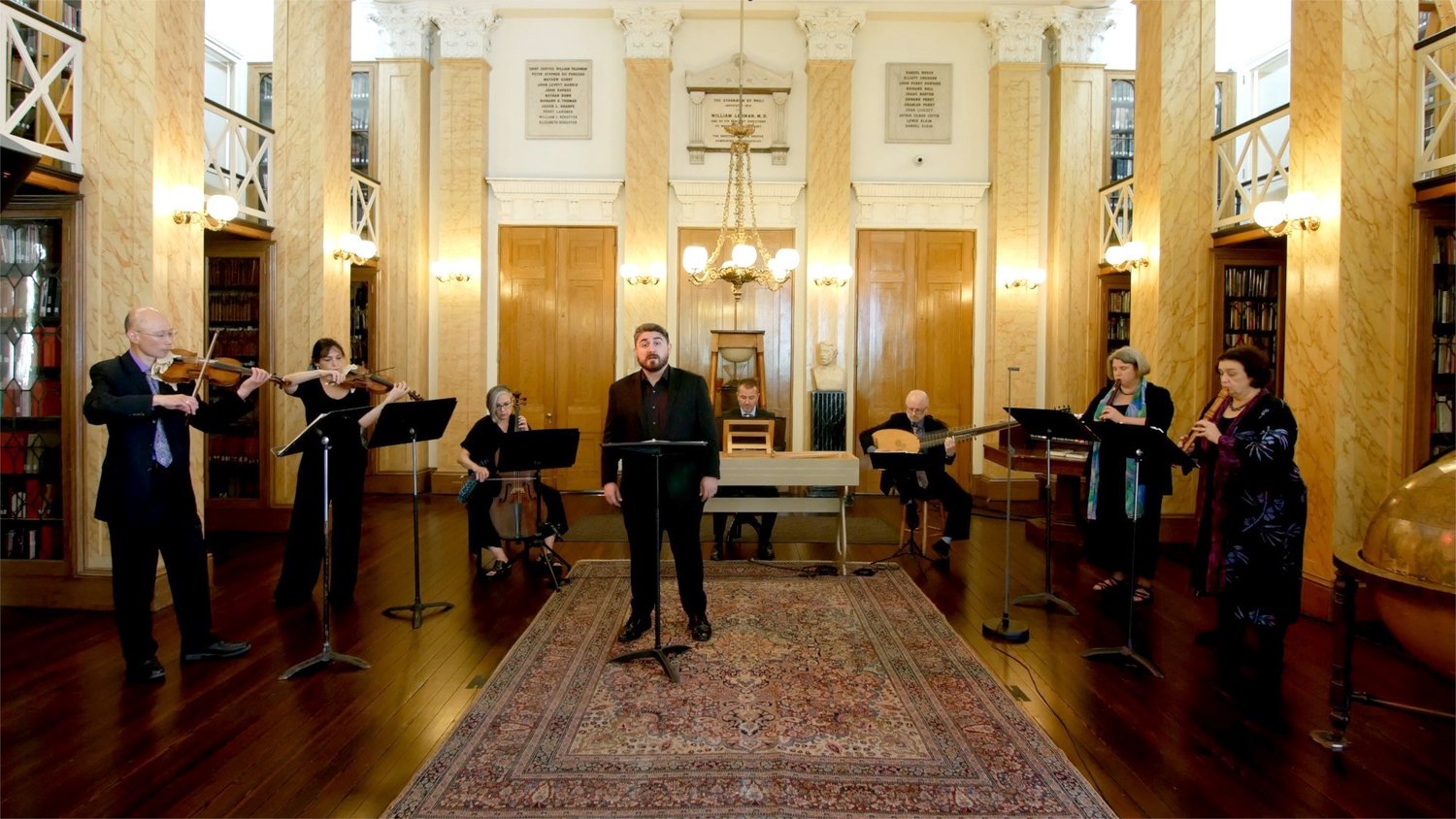 Although both concerts were, to one degree or another, small and more intimate in scope, both made gargantuan statements about the enduring vitality of each, respective, ensemble as well as about the enduring loyalty of both of their respective audiences. During the Covid-19 lockdown that has lasted an unimaginable 15 months, these two local organizations refused to admit defeat.

And their audiences refused to abandon them in their hours of most pressing need. If anyone ever doubted that Philadelphia’s local classical music scene is still alive and well despite the ravages of a pandemic that has killed more than 600,000 Americans, these two concerts refuted those doubts in ringing tones of musical beauty.

Tempesta’s program was the more free-ranging. The “Orpheus” of the concert’s title was the ancient Greek poet, musician and prophet who was believed to have lived in an archaic period in Greece predating even Homer. His legend – or myth? – gave him supernatural powers to charm all living things with his poetry and music in the name of a love that transcended even death.

Tempesta’s concert was given and recorded in the Atheneum on Rittenhouse Square in Center City Philadelphia. Dedicated to the ancient virtue of knowledge, the venue was the perfect choice for the series of renditions offered by Tempesta’s Chamber Players. But not merely because the musicians were surrounded by stacks of books and manuscripts. Even more to the point, the acoustics proved themselves both bright and resonant.

Guest artist tenor Jacob Perry was the perfect vessel for channeling the fascination English Baroque composers entertained for the legend of Orpheus. Composers such as John Blow and John Dowland all the way forward in time to the epoch’s culminating genius, George Frederic Handel, chose to place their music in the hands and voice of Orpheus, thereby guaranteeing its artistic pedigree.

Perry sang with a consummate command of baroque stylistic affect, unaffected yet crystalline clear diction, impeccable tuning, impassioned phrasing, and effortless projection.  Most important of all, he efficaciously entered into the narrative and emotional world of the poetry of each song, in effect opening up that world behind the words and then delivering his revelation of that world to the listener.

Of equal interest to a keyboard (piano) player like myself, Tempesta’s resident harpsichordist, Adam Pearl, played a virginal for this recital. Squared and smaller than a harpsichord, the virginal responded to the ministrations of Pearl’s sensitive fingers with dulcet, sustained tones that both supported Perry’s vocal artistry and joined the other players in the band for stylish and forthright playing.

Faure’s setting of portions of the liturgy of the Catholic Church’s Mass for the Dead (Requiem) is both intimate and powerful. While avoiding the fire-and-brimstone of Giuseppe Verdi’s operatic “Manzoni Requiem Mass,” and professing his own lack of a traditional adherence to the Church’s assurances of life eternal through faith in Jesus Christ, Faure nonetheless created what has remains the most adored “Requiem Mass” in the classical choral repertoire.

Faure’s masterpiece wasn’t composed in one strike of that inspirational bolt of lightning. Rather, it passed through several incarnations before it emerged, in 1900, in the best-known arrangement for solo soprano & baritone, choir and full orchestra. In an odd twist of “local connection,” this version wasn’t performed in the United States until 1931 – in a student concert given in Philadelphia’s Curtis Institute of Music.

Glandorf chose to use David Hill’s arrangement for violin, cello, harp and organ to accompany the two soloists from within a chamber choir of eight. Perhaps due to the placement of the microphones in the sanctuary of the Episcopal Church of the Good Shepherd, Rosemont, where Glandorf is music director, the harp was barely audible while the violin and cello were too intrusive. I couldn’t keep myself from wondering if the balance wouldn’t have been better if only the organ had been employed to accompany the vocalists.

Those vocalists sang beautifully. Glandorf elicited exemplary balance and blend. Soprano soloist Jessica Beebe proffered a full-throated rendition of the ‘Pie Jesu,” bass Jean Bernard Cerin sang with burnished warmth in the “Libera me,” the men evoked Gregorian Chant in the touching “Agnus dei,” and the women were ethereal in the closing “In Paradisum.”