Valentine’s Day and the Super Bowl: a match made in foodie heaven

For the first time in recorded history, the Super Bowl and Valentine’s Day are falling on the same weekend.

Valentine’s Day and the Super Bowl: a match made in foodie heaven 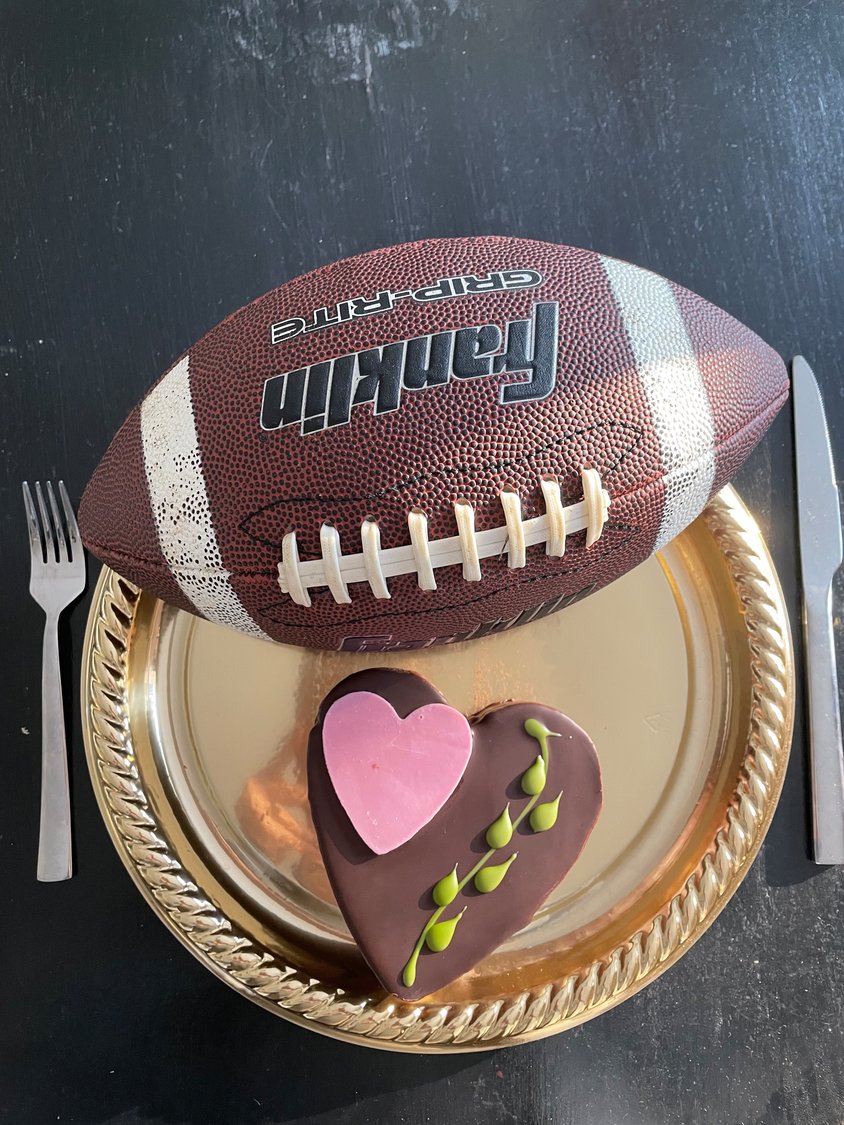 Oh this is a good one, a really good one. This column is a perfect storm of foodie and festivity frenzy,  a column that almost wrote itself.

It would have been too easy to write about what restaurants are making for Valentine’s Day dinners, or what party drinks and appetizers everyone is serving for the Super Bowl. But together, it’s just too good to be true.

Yes, it’s happening for the first time ever this weekend. No, not bipartisan congressional cooperation, the colliding of two events so polar opposite, so jarring when positioned together, that it has never happened before. Consider this weekend perhaps the ultimate test of a relationship.

For the first time in recorded history, the Super Bowl and Valentine’s Day are falling on the same weekend, a phenomenon so foreign, some restaurants have been scrambling to prepare the way for the blockbuster cluster of days. Others are shrugging their shoulders, wondering just exactly what this will mean in terms of crowds and staffing.

But wait, what’s that? While everyone is trying to recover from Sunday’s partying, significant others will be waiting fully gussied up, feet tapping and ready to be wined and dined less than 24 hours later, making the weekend epic and exhausting for some local restaurants.

Already short-staffed, with hours shortened due to Covid and supply chain issues, restaurants will be working overtime starting on Friday night the 11th all the way through Monday the 14th to make hospitality magic.

Some are starting even earlier. The Chestnut Hill Brewing Company Taproom is hosting a beer and chocolate tasting Thursday the 10th for Valentine’s Day, a tradition they’ve upheld for a few years now featuring brewer Nick Gunderson’s craft brews paired with chocolates from Mary Ellen Salamone of Made by ME Chocolates in the Market at the Fareway. But the Taproom festivities continue all weekend, including a unique “compromise” of sorts for sport nuts and sweethearts alike on Super Bowl Sunday. The “Date Night Dancing” event, featuring salsa dancing and the Super Bowl game from 5 to 9 p.m., has been billed as “learn to dance and cheer your team on too!” type of fun.

“We will put the game on and get people out,” said Taproom owner Lindsey Pete. “The dance class started out as a Valentine’s Day event and we pivoted to make it football friendly.”

Staffing has long been an issue since Covid arrived, but some places are fortunate they will have a full staff front and center and ready for the weekend. At Phil’s Tavern in Blue Bell, a family-style restaurant, big-screen TVs will be hot all day Sunday with the Super Bowl, while chefs then pump out Valentine meal specials the next day. The family restaurant has a little bit of something for everyone on the menu for Valentine’s Day.

“We’ve been very fortunate because we have a big staff,” said manager Joe Lochetto. “Some of the managers have even been doing bartending, or cooking. To be honest, I’m not as worried as I would have been a few months ago. A lot of our staff is back to work.”

And what of restaurants that are traditionally closed on Mondays? While some plan to open for the holiday, others, like Phil’s, which are always open on Mondays, are redoubling their staffing efforts in anticipation of the onslaught.

“Valentine’s Day is always a good evening but this year it’s on a Monday,” added Phil’s director of operations Brian Lupo. “I’ll put extra staff on that day.”

Jansen restaurant in Mount Airy is embracing the craziness and opening from Wednesday through Monday - Monday being a day they aren’t typically open - to accommodate the rush. The fact that the Eagles aren’t in the Super Bowl might actually add to the rush for places like Jansen, which aren’t Super Bowl-watching, take-out type venues.

“The fact that Valentine’s Day is falling on a Monday is a huge deal for us,” said manager Zachary Bourne. “We are already sold out for Friday and Saturday…and have a good deal of reservations booked for Super Bowl Sunday as well as Valentine’s Day.”

And while some places are typically slow on Super Bowl Sunday, they will still be pumping out take-out on that day and bookending the day with an anticipated crazy Saturday and Monday for Valentine’s Day dinner services, kind of like Cantina Feliz in Fort Washington.

“Sunday we’re closing for dinner service and doing take-out only until 6 p.m.,” said Cantina Feliz owner Brian Sirhal. “We expect to make that up Saturday and Monday.”

Whatever your plans are for the weekend, choose wisely. I’ve embraced the football bug in my house with my husband and 14-year old son ever since the Eagles hit the Super Bowl four years ago. Instead of a four-course chef’s menu, this Valentine will be doing resto take-out over here.

But here’s a fun caveat for those who are less “football inclined.” If relationships can make it through this weekend, consider it the test run for 2027, when Super Bowl Sunday and Valentine’s Day are slated to both fall on – you guessed it - Feb. 14.

Have an idea or foodie thoughts? Email me at aprillisante@gmail.com.