With so many tragedies and horrors on the front pages of every major newspaper and the 11 p.m. TV news, it is reassuring to know that there are also uplifting stories. 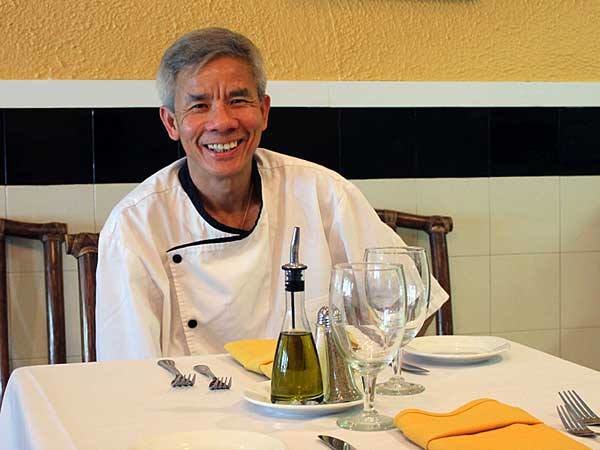 The dismal life Po Le was able to escape and overcome might explain why he is so relentlessly cheerful today. 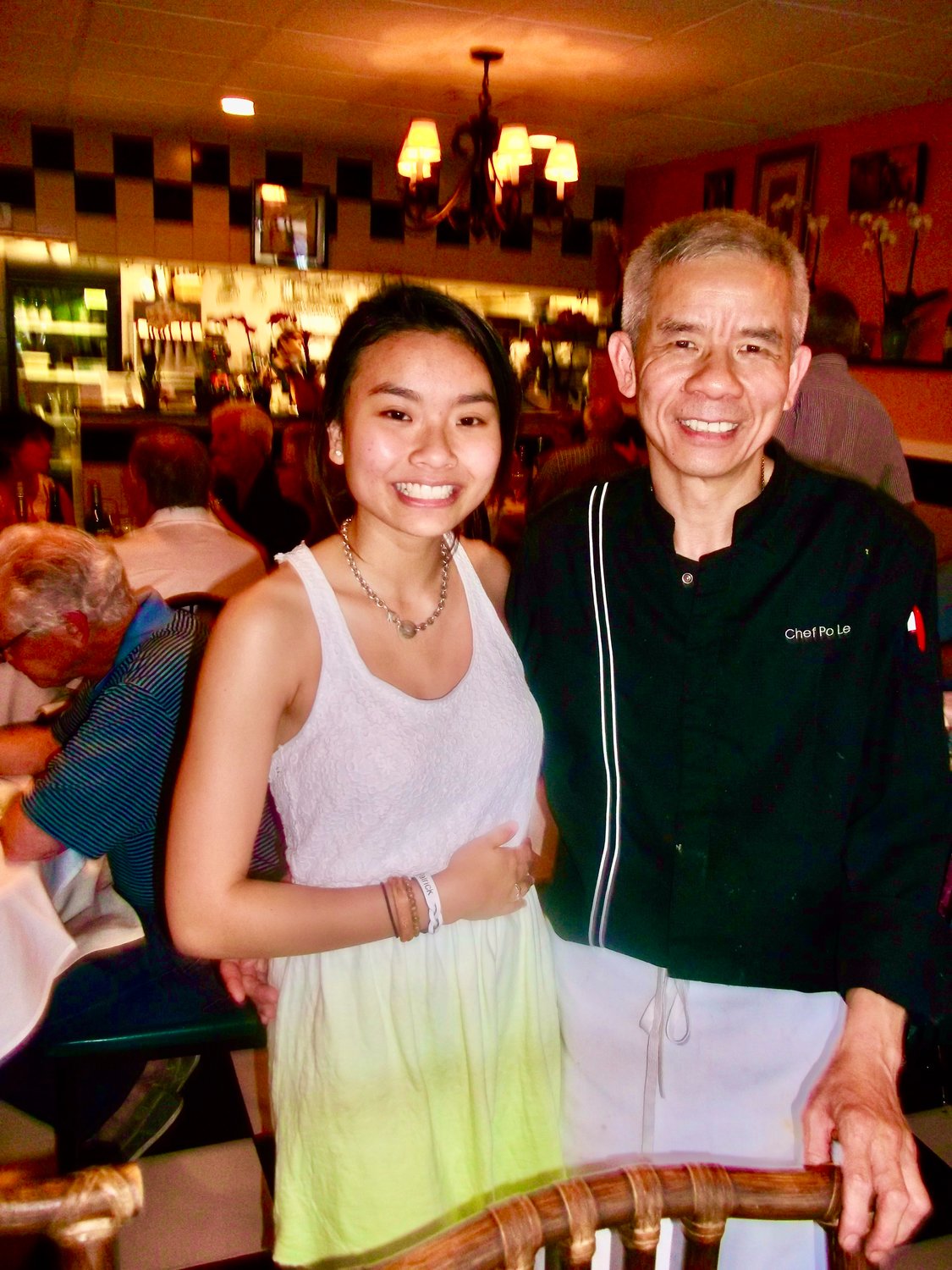 Phuoc “Po” Le, who escaped from Vietnam by boat and had never cooked in his life, is the chef/owner of Po Le Cucina, BYOB, in Springhouse. Po Le is seen here with his daughter, Duyen, who worked her way through nursing school at Temple University by working as a server at Po Le Cucina.
Photo by Len Lear 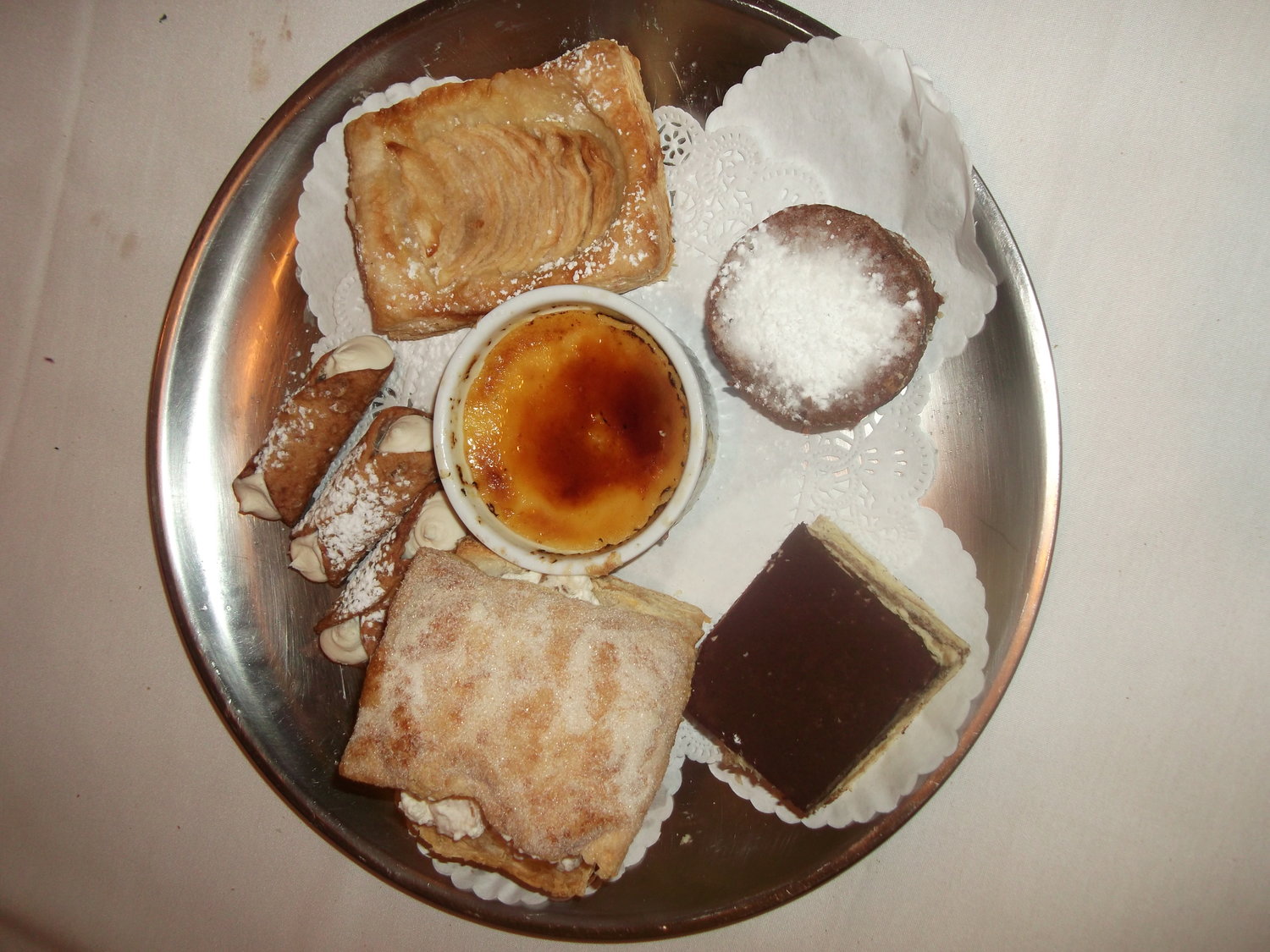 Of course, the former creator of French pastries featured in Gourmet magazine always has some scrumptious homemade sweets for dessert.
Photo by Len Lear 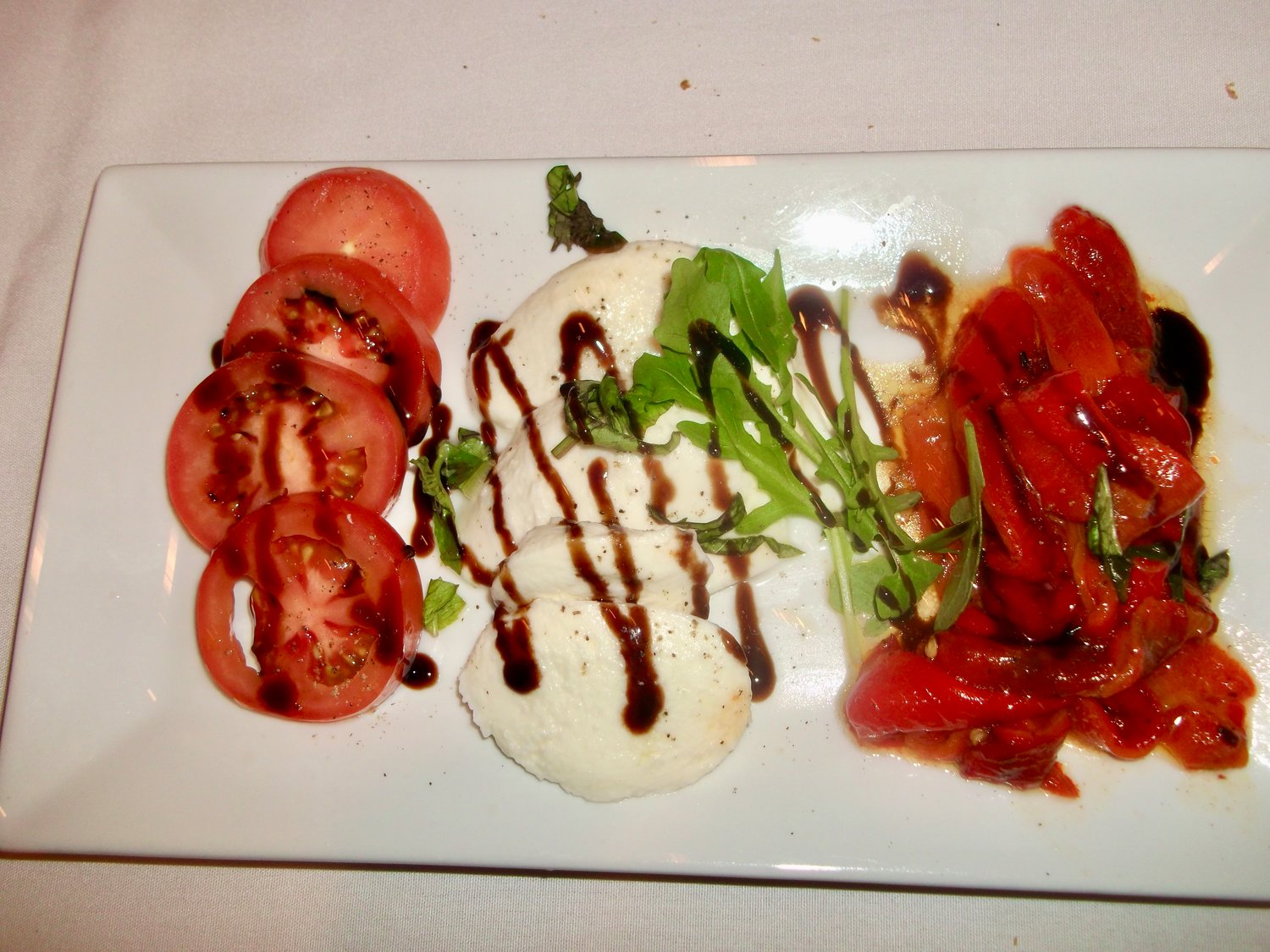 “Po Le's Trio” -- tomato, fresh mozzarella and roasted red peppers with a balsamic reduction drizzle -- is a seductive appetizer that has been on the menu since the restaurant opened in 2013.
Photo by Len Lear
Previous Next
Posted Thursday, November 3, 2022 12:00 am
by Len Lear

With so many tragedies and horrors on the front pages of every major newspaper and the 11 p.m. TV news, it is reassuring to know that there are also uplifting stories that celebrate the best of the human spirit and the ability to overcome almost unimaginable obstacles.

One such story is that of Phuoc “Po” Le, now 60, who escaped from Vietnam by boat 40 years ago with nothing but the clothes on his back. He spoke no other language but Vietnamese, so things were not exactly looking up for him. Many other Vietnamese refugees dreaming of freedom either drowned, starved to death or were killed by pirates in their vain search.

But Po Le made it safely to Hong Kong and then to New York before landing in Philadelphia for a career that took him through a wide range of cooking styles before eventually opening his own Italian restaurant, Po Le Cucina in Spring House – which might explain why he is so relentlessly cheerful today. Like so many other Asian immigrants, even some who were professional people in their native lands, Po Le could only get a menial job back in 1982, in his case, washing pots in a restaurant.

It just so happened, however, that he was washing pots at New York City's La Grenouille, one of the country’s most expensive and highly rated French restaurants. And Po Le was determined to do much more than wash pots, so he assiduously watched the haute cuisine chefs prepare their dishes while asking countless questions of the “top toques.”

Back home in Vietnam, he explained, “Men did not do the cooking; that was the culture. If you’d go into the kitchen, the women would chase you out.”

It sounds almost like a Hollywood movie, but in 1990, Po Le was named the pastry chef at La Grenouille, a job that traditionally went to chefs trained at the top culinary schools in France. Phuoc Le became "Po" and began his rise through the ranks.

"The owner had come up to me and asked if I would like to work in the pastry department of the restaurant,” Le said. “I didn't have any training, so I said, 'On one condition. If I do something wrong, don't fire me; just tell me what to do, and I'll learn.’”

And he certainly did learn, buttressed by the need to provide for his family. In fact, not long after he began his new job with no previous professional training or experience, Gourmet magazine raved about Po Le’s “unwaveringly toasty, buttery and lightly crisp” fruit tarts.

The article in Gourmet magazine brought Le several job offers, and he took a job with Francois Payard at Le Bernardin, another of New York’s most expensive, elegant restaurants, and then with Susanna Foo in Philadelphia. Eventually he left that job in Center City to become the executive chef for 13 years at the now-defunct Ristorante San Marco in Spring House.

But like virtually every chef in creation, Le longed to prepare his own recipes his own way, no matter how highly regarded his employer’s place might have been. (The wonderful 2014 movie, “Chef,” with Scarlett Johansson and Sofia Vergara, is about this dilemma.) So in the fall of 2013, Le walked out on the high wire and opened Po Le Cucina at 821 N. Bethlehem Pike in Spring House, about a mile east of Ambler. It is a BYOB in a strip mall, which was previously occupied by another Italian BYOB, Mina Cucina Rustica.

So why Italian food for this Asian chef with years of experience in French palaces of gastronomy? "Unless you're Asian like me, you eat Chinese food maybe once a week,” Le explained. “But when it comes to pasta, you can eat it three or four times a week. When you open a business, you want to appeal to everyone. You want to be busy because then everything is fresh; a busier restaurant is a better restaurant.”

Po Le knows his true north and orbits in a galaxy all his own, but his world of culinary gems is particularly apparent is his lusty seafood creations. They are a buffet of colors and subtle flavors like the perfectly moist seafood ravioli with shrimp, scallops and crabmeat in a pink vodka sauce; silky seafood risotto with sublime mushrooms or a divine, fork-tender Dover sole with capers and olive oil.