Villavillekula makes a small move for a big change

Villavillekula has been through a few changes since it first opened back in 2014. And now it’s celebrating another one.

Villavillekula makes a small move for a big change 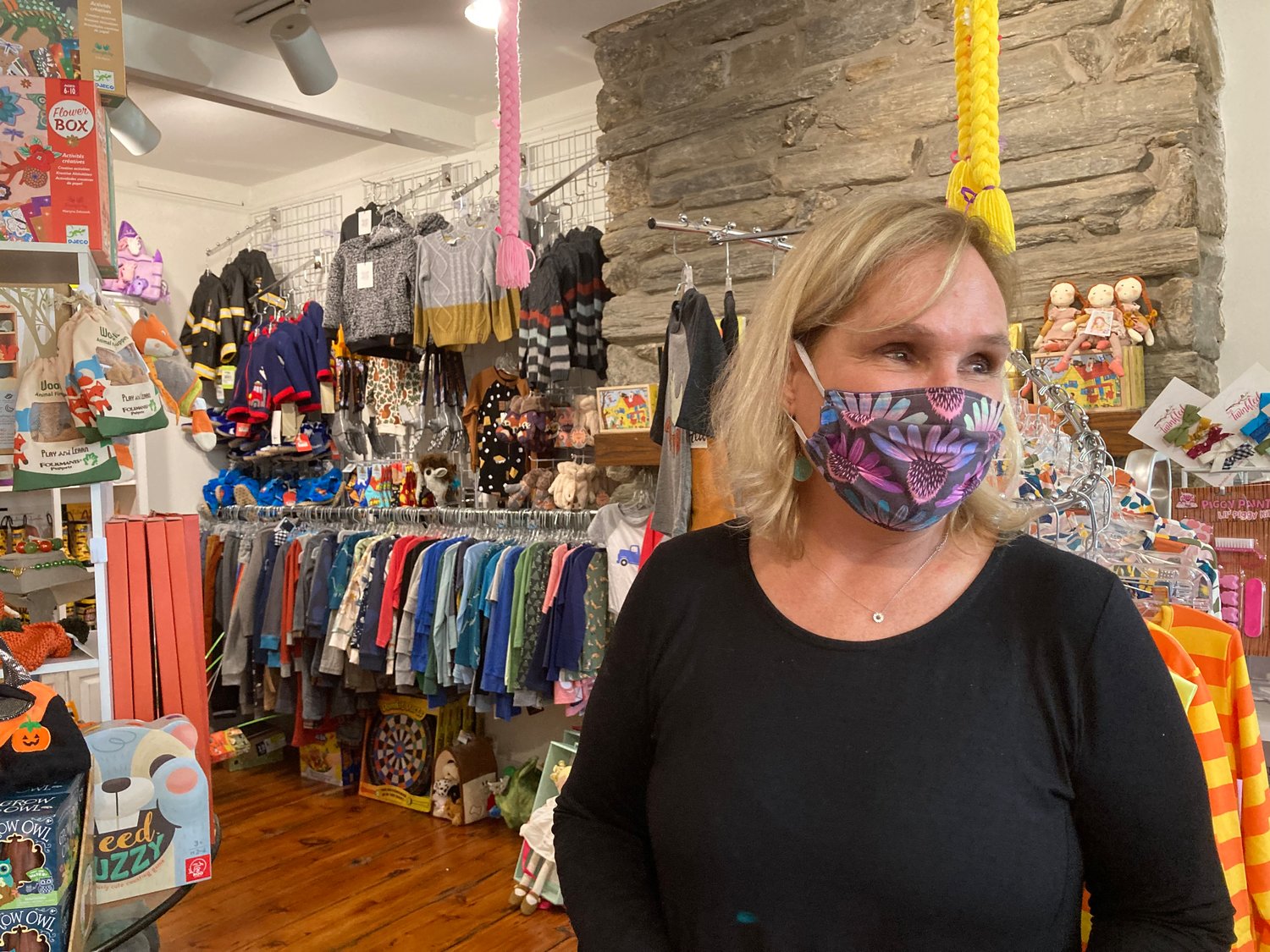 When Beth Milley moved Villavillekula across the hall, she suddenly had room for a toy section.
Walt Maguire 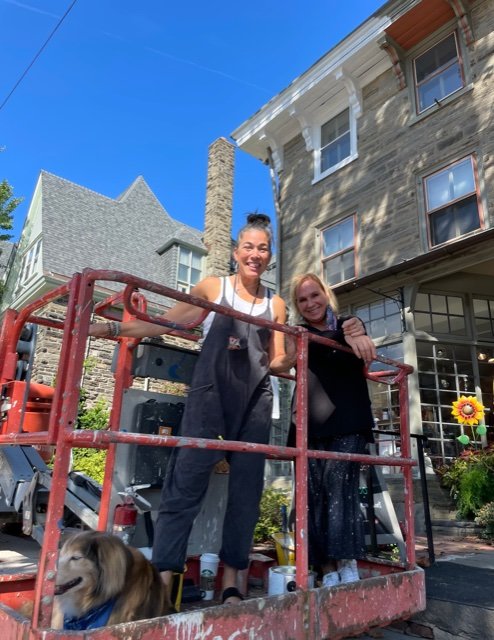 Cynthia Fillmore (left) of Windfall Gallery Pop-Up and Beth Milley of Villavillekula are having a joint (re)Opening at the Woodward Community Centre on November 13. 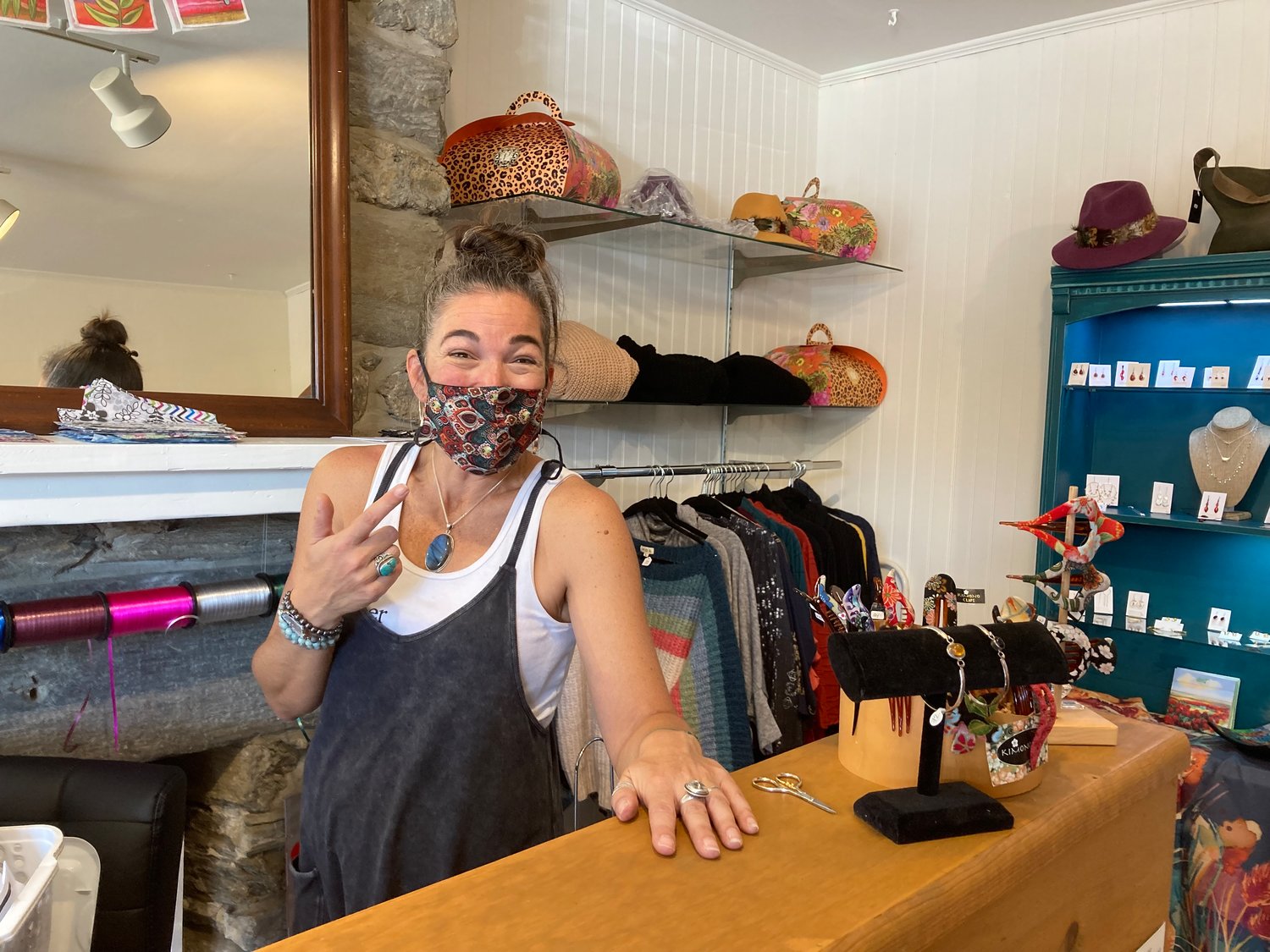 Cynthia Fillmore says she’ll keep the Windfall pop-up open through Christmas, and “Then we’ll see where it goes.”
Walt Maguire 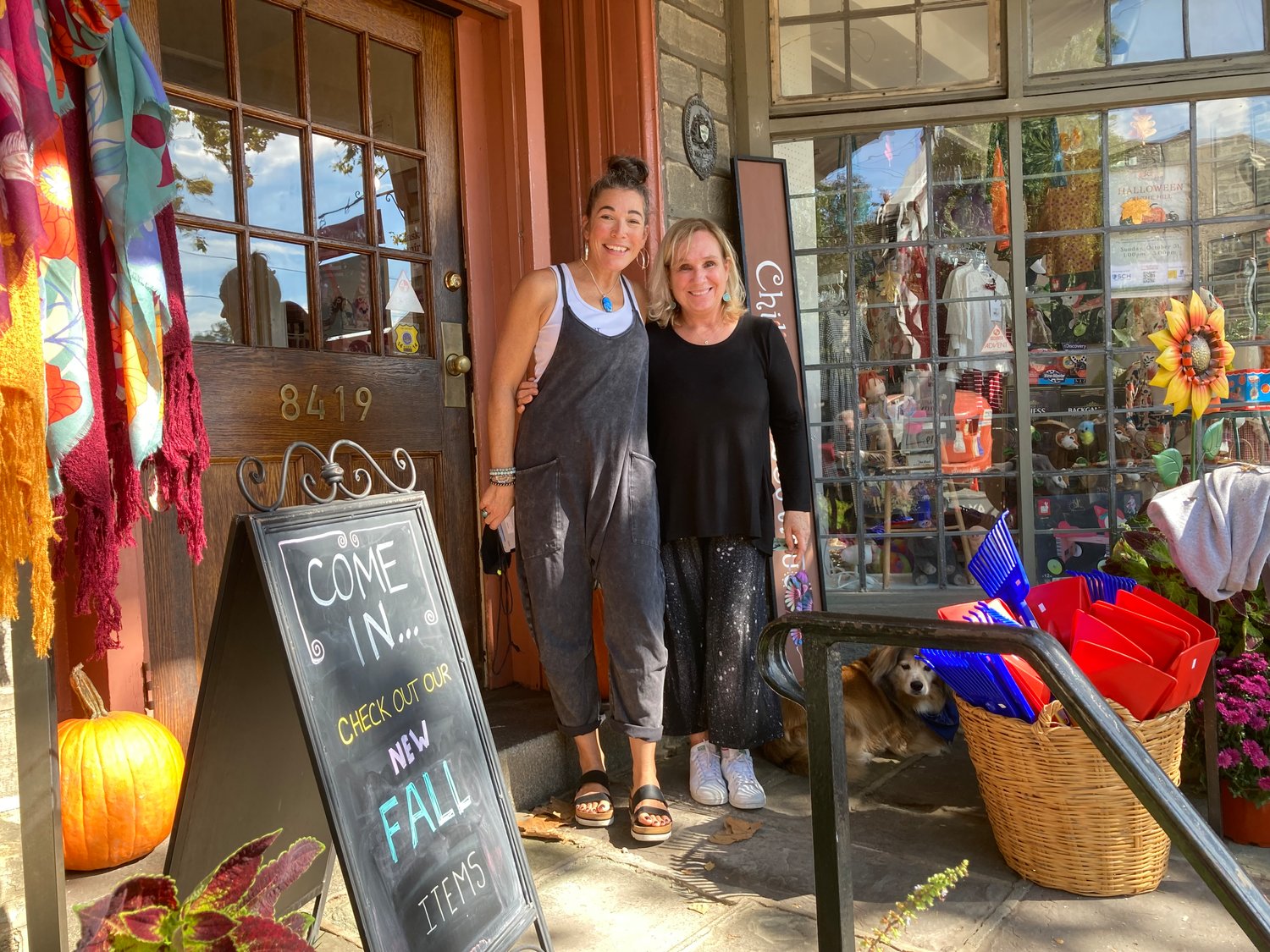 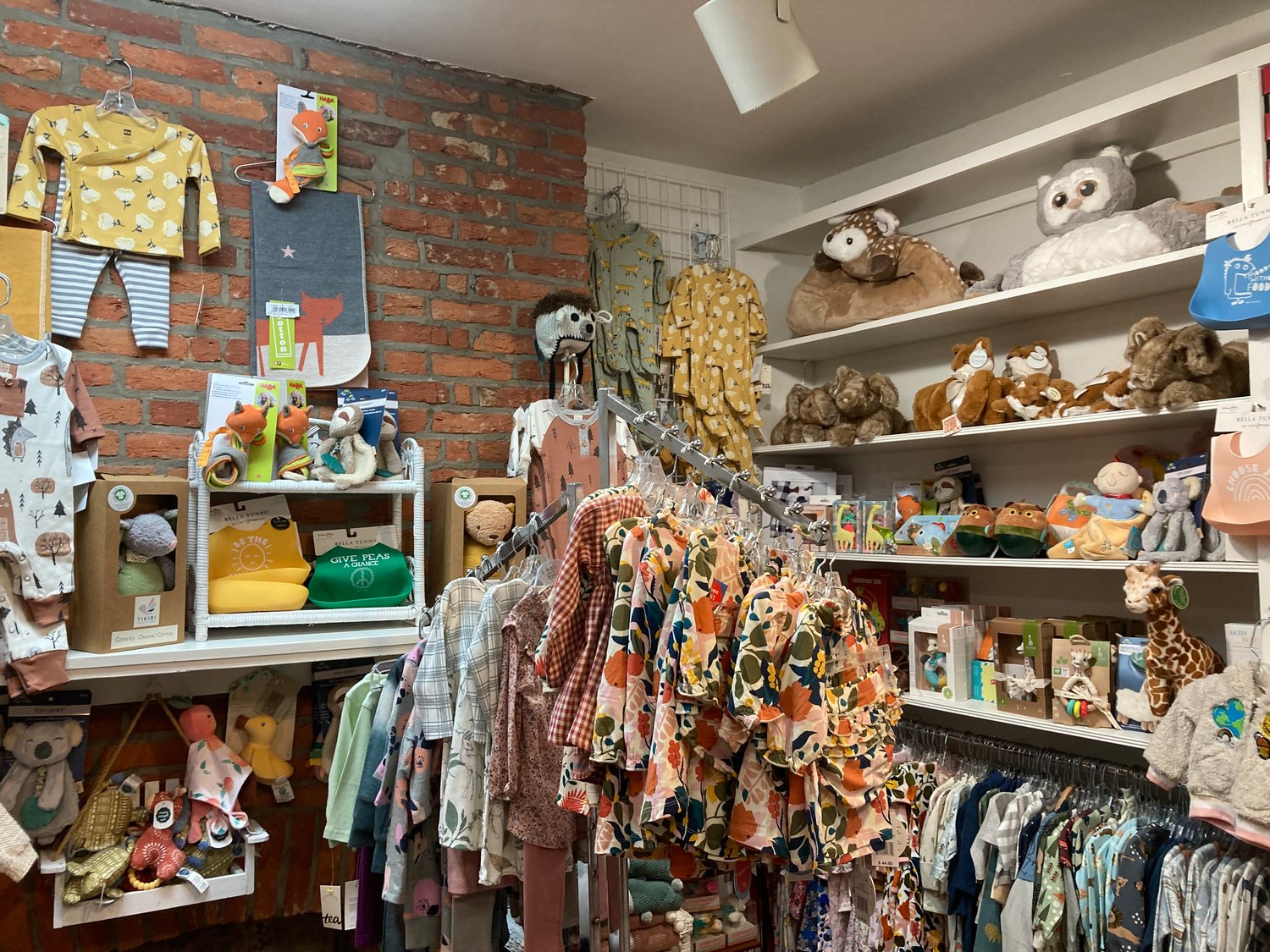 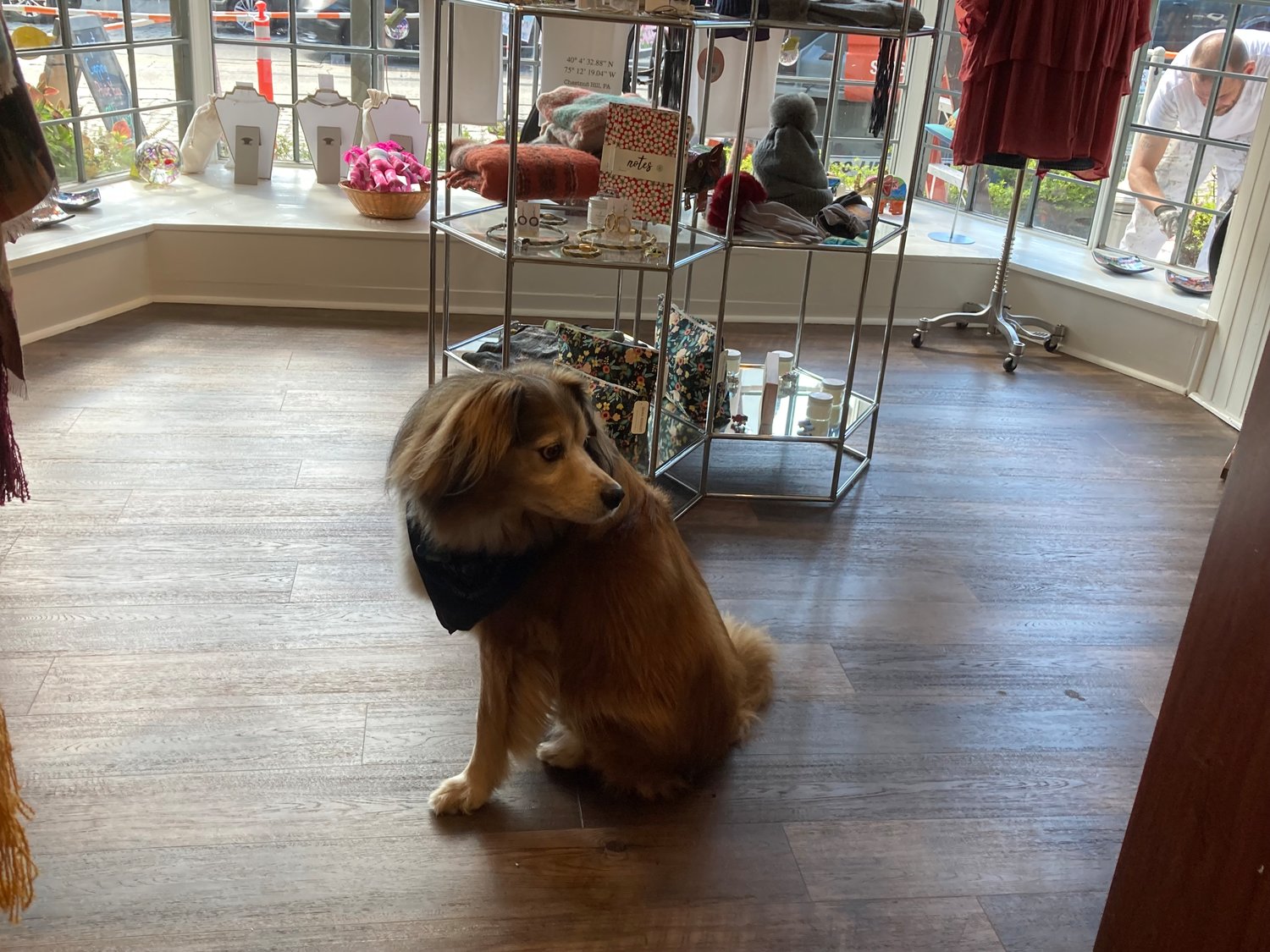 Vintage toys are still a hit
by Walt Maguire

Villavillekula opened at 8135 Germantown Ave. in 2014. When Beth Milley moved her store up the avenue to the Woodward Community Centre four years ago, she continued her focus on apparel for newborns and children up to age 12.  When Woodward completed Phase I of their renovations, the space across the hall was available and Milley moved over in September. It gave her a store twice the size, so she added a toy section in the back room.

The toys are “unplugged” and range from the retro to Lego to backgammon and card games, in the same age range as the clothes, though some of the shoppers were eyeing things for nostalgic Christmas gifts to adults. It’s the only place on the Hill to find a Spirograph. There are wide choices on rattles and pacifiers for newborns.

The main focus is still on things for newborns and younger children, inspired by a Pippi Longstocking sensibility; Villavillekula is the name of Pippi’s hometown. Many of the accessories and gifts sold in her store are either custom-made or from smaller companies; what Milley refers to as the anti-Amazon approach.

A customer named Shayna was checking out the infant clothes. “I get every single baby gift here,” she said. “The hardest part is picking.” She looked through three racks, narrowed it down, then selected a blue dress.

Milley keeps to completely organic fibers, mostly bamboo and cotton. She ran her fingers across the inside seam of a toddler-size fuzzy jacket. “When I’m buying at trade shows or from small companies, I always check the inside seam,” she explained. “Kids are more tactile. I want to make sure something I sell isn’t scratchy.”

Milley says this season both clothing and toys might be hard to find because of the supply chain shortages. orders for goods produced in smaller countries are proving easier to get. Because of the scarcity of materials, Milley said, manufacturers can’t produce the large orders she would like to ask for, so she’s been ordering in half-batches, hoping everything comes in. She doesn’t want to compromise on the quality. “Shop early this Christmas,” she said. “If you see it now, get it now.”

Bird in Hand Consignment moved out of the space in July, as the Woodward Centre began Phase I of renovations. The original wooden floors have been refinished, the space repainted and the lighting and wiring has been refurbished. Phase II will replace the HVAC, add ADA compliant bathrooms and an ADA outside entrance, safe stairways, and an elevator. There are plans to increase the building’s usable square footage to enable it to be financially self-sustaining while continuing to accommodate community non-profit organizations, with co-working spaces, conference rooms and a multi-purpose room added.

Bird in Hand reopened at 9 W. Highland Ave. in September.

Milley encouraged her friend Cynthia Fillmore to look at the smaller storefront she was leaving.   Fillmore took over the Windfall Gallery in 2014, the same year Villavillekula opened. Windfall has been at 7944 Germantown Ave. for 37 years and Fillmore had no intention of moving, but she did open a pop-up gallery in the space. This one specializes in clothing; the main store features more jewelry. Fillmore likes the foot traffic and the “great energy” on the block. There are more out-of-towners stopping in, attracted both by the Woodward Centre’s historic appeal and the items displayed in the windows of both stores. Fillmore says she’ll stay open there through Christmas, and “Then we’ll see where it goes.”

The two stores will be having a Grand (Re)Opening Ceremony at 2 p.m. on November 13.