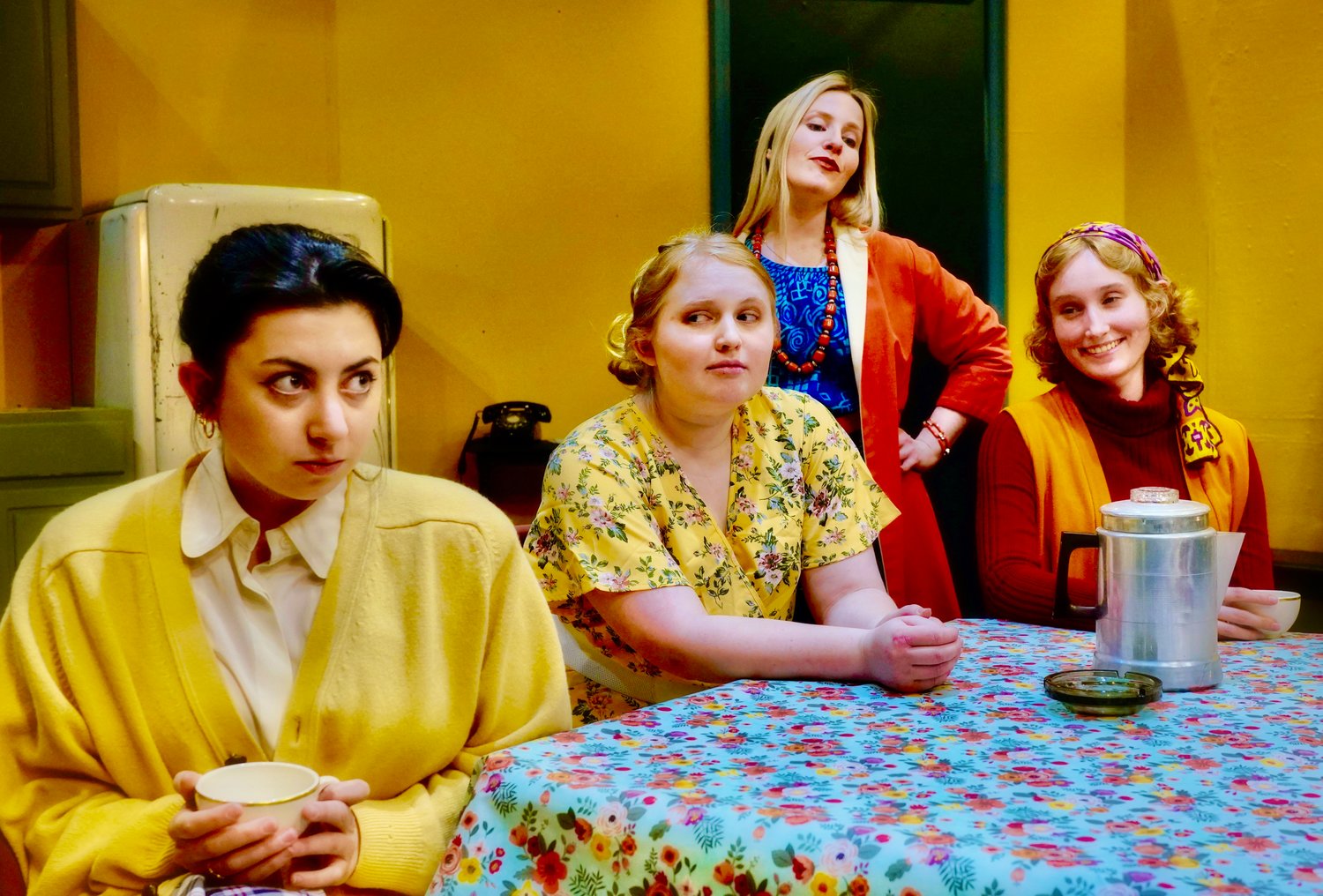 The Stagecrafters' revival of "Crimes of the Heart " (1978) holds you queerly in its grasp. When sobbing Babe expresses fear that she will be shipped out to a mental institution, Meg tells her, "Why, you're just as perfectly sane as anyone walking the streets of Hazelhurst, Mississippi.” You want to burst out laughing, but you don't because you also feel a little bit scared.

All night you feel this same ambivalence. Beth Henley's zany play won the Pulitzer Prize, the New York Drama Critics’ Award and was nominated for a Tony. The 1986 movie version starring Jessica Lange, Diane Keaton and Sissy Spacek earned an Oscar nomination. The play offers dream roles for actors, especially women, and director Yaga Brady's cast is up to the challenge.

"Crimes" is the story of three sisters whose father abandoned the family in their childhood and whose mother hung herself (and her favorite yellow cat). Babe thought mother just had "a bad day." Meg says, "We've just got to learn how to get through these real bad days here. I mean, it's getting to be a thing in our family."

Lenny (Sabrina Caruso), the dutiful sister, celebrates her 30th birthday alone. Caruso captures Lenny's mousey presence, resentful but afraid to strike out. Glamorous Meg (Genevieve Evans) is neglectful and flounces expressively about the stage. Meg abandoned the family for Hollywood, but her singing career went kaput when she suffered a mental breakdown.

Babe (Zoe Bentley) is the youngest sister. She tells everyone she shot husband, Zachary, because "I didn't like his looks" but later confesses in eerily tragicomic detail why she really did it. Completing the cast are catty cousin Chick (Samantha Solar), Barnette (Mike Adams), Babe's lawyer and Doc (Ryan Henzes), Meg's old flame.

In the spacious, down-home kitchen the knitted calendar on the wall tells you it is 1974, (set design, Rick Stewart). The sisters were affected by Hurricane Camille (1969), but they are so homespun you would think Watergate, the Vietnam War and the civil rights struggle never happened.

In this way, "Crimes" captures the parochialism of a small southern town. The larger world does not exist; only individual wants and personal relationships matter. Cousin Chick's only concern is that the Magrath family scandals will affect her social standing in Hazelhurst.

In the hands of Stagecrafters, Henley's characters are wonderfully vivid. They are intensely familial, too, continually hurting and loving one another without conscious intent. By the end of Act One, you know them so well that their later actions feel inevitable.

In fact, the production reveals their inner life so convincingly it makes you like people who have committed objectively deplorable acts. That is Henley's intention. Thus, in “Crimes” the ethical significance of action is devalued, and in Southern Gothic fashion, the good vs. evil distinction is thrown into question.

Stagecrafters is located at 8130 Germantown Ave. "Crimes of the Heart" will run through April 24. Tickets available at 215-247-8881 or thestagecrafters.org