The Co-op has signed a lease for 328 W Chelten Avenue at the corner of Chelten Avenue and Morris Street, in the section of the neighborhood known as West Chelten. It expects to open the new store next summer. 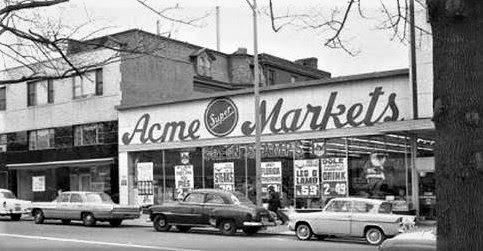 Weavers Way plans to restore the glass windows in the former Acme Grocery when it opens its new store at the corner of West Chelten Avenue and Morris Street. 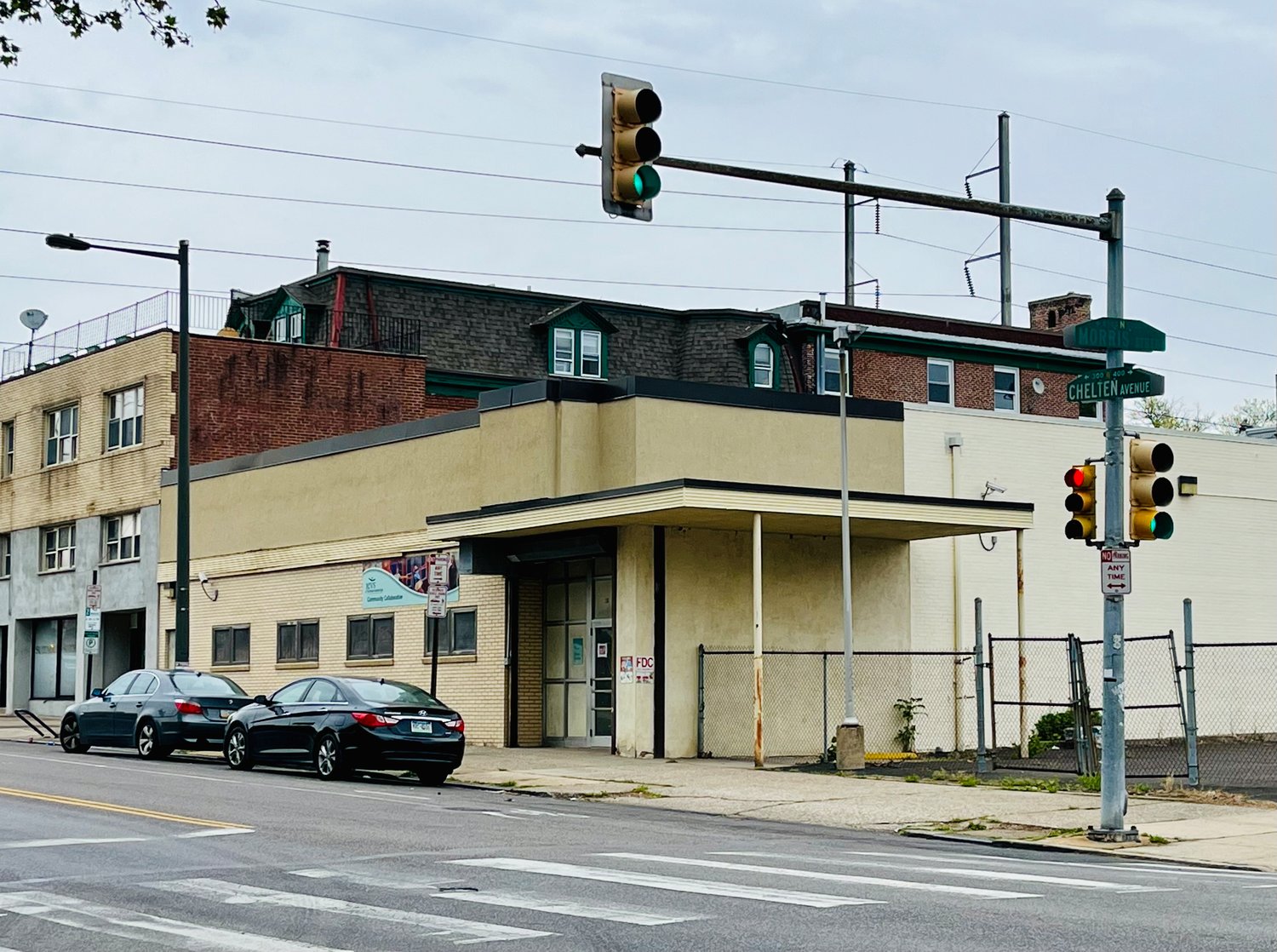 The now vacant building had formerly been occupied by the JEVS social services agency. Photo by Carla Robinson
Previous Next
Posted Friday, May 6, 2022 8:26 am
by Carla Robinson

The Co-op, which was first established in the heart of Mt. Airy decades ago and has since grown to include three stores and some 11,000 member households, has signed a lease for 328 W. Chelten Avenue at the corner of Chelten Avenue and Morris Street, in the section of the neighborhood known as West Chelten. It expects to open the new store next summer.

The low-slung building, originally built as an Acme grocery store, had formerly been occupied by JEVS Human Service, a social service agency.

“We are incredibly grateful and enthusiastic to be able to create this new space in Germantown and can’t wait to work with our new neighbors,” said Jon Roesser, general manager of the organization. “It has been, and will continue to be, an exciting project and we’re anxious to get to work on the next phase.”

The new store will be approximately 6000 square feet, which is bigger than the Mt Airy and Chestnut Hill stores but smaller than the one in Ambler.

The building, which requires substantial rehabilitation, has many of the features that the co-op needs - including a freight elevator, a clear span and high-ceiling structure with loading access, a parking lot, access to buses and the SEPTA commuter line.

Construction plans include facade improvements; parking lot and outdoor lighting improvements; seating inside and outside of the building; basement restoration for work and storage spaces; and a roof replacement. The store is also considering an educational rooftop farm.

Like the other three stores, this one will be renovated with green building practices, reusing materials when possible, including the original terrazzo flooring. Energy-efficient systems will include a heat recapture system.

According to Roesser, Weavers Way already has 1,400 members who live in Germantown and nearby East Falls, many of whom currently shop at the Mt. Airy store. That store is currently at full capacity, he said, so this new store will serve Germantown members, probably attract new ones, and take some pressure off the Mt. Airy store.

A 2020 eConsult  study found $59 million in unmet demand for grocery stores in the 19144 zip code, and another $6 million unmet for specialty food stores. According to Weavers Way,  membership growth in Germantown is the organization's fastest growing.

“For years, a month doesn't go by when we're not approached by a community or a neighborhood in the city about opening up a Weavers Way,” Roesser said in a previous article on the subject. “Invariably these communities are not in our marketplace, not where our members are located.  But Germantown is a natural fit for us.”

How it will work

Consistent with Weavers Way’s mission, the new store plans to hire locally, and expects to bring 40-45 new jobs to the neighborhood, at $15 an hour with benefits.

It will include all the departments in the other stores, including grab-and-go foods. Once open, the store will offer shelf space to new Germantown vendors through the existing Vendor Diversity program.

Weavers Way plans to begin reaching out to Germantown members in the coming weeks to determine what food choices are preferred by the local community, a practice it follows at all of its stores, Roesser said.

The Co-op plans to install a community fridge to address food insecurity respectfully and anonymously.

The Co-op has received support for this project from the city of Philadelphia’s Commerce Department. This project will also be financed in part by the Commonwealth of Pennsylvania through the Pennsylvania Fresh Food Financing Initiative, administered by The Food Trust.

Many elected public officials and community groups have offered support in the process of securing and applying for grants and low-interest loans. The Germantown United CDC has also played a helpful role and will continue to be a resource.

One of the largest Philadelphia-based food cooperatives, Weavers Way subscribes to International Co-op Principles and operates as a triple bottom line business. In addition to the three stores it now operates, it also runs two Philadelphia vegetable farms.

For more information go to weaversway.coop/pages/about-us.