West Highland Ave property an example of the ordinary worth saving

It's time to recognize the ordinary in Chestnut Hill. Yes, this community is an architectural museum of extraordinary houses, a green landscape of trees and gardens, a community devoted to the arts; but it's also a place that is rich in the history of the everyday, of work, industry, school, and of things we barely notice.

West Highland Ave property an example of the ordinary worth saving 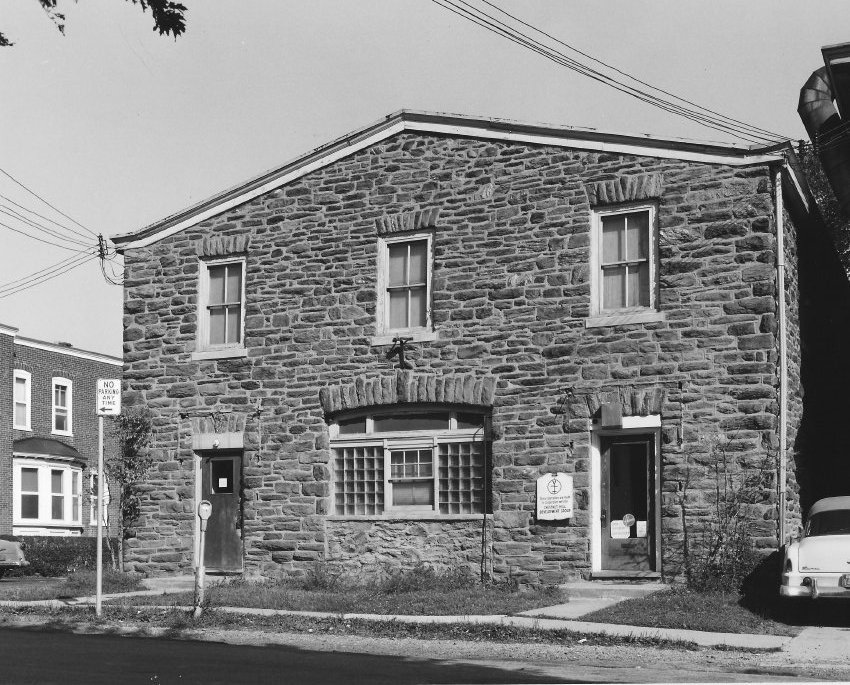 Stand at the corner of Germantown Avenue and Highland and walk West from Kilian’s, passing a few houses with porches and picket fences, and you'll come to a building which you may not have noticed, so unobtrusively does it blend into the streetscape--the offices of O'Reilly, Inc., an HVAC company. That building, 30 W. Highland, is slated for demolition, to be replaced by a set of luxury townhouses that will occupy the same footprint, more or less, but will rise to a height one or two stories taller than the present structure.

New development, especially residential buildings that bring more people into the commercial space of Germantown Avenue, are necessary and welcome. Crowded streets are happy for everyone. But against that new development, we have to ask what the cost might be, what might be lost? The community has seen over recent years a number of historic houses disappear that have been notable examples of Chestnut Hill's architectural heritage--e.g. the Bromley house designed by Charles Barton Keen--replaced by newer and more profitable housing. In the case of 30 W. Highland, we are not talking about a structure that has any noted architect attached to it, and for that reason it would be easy to think it's an entirely dispensable structure, nothing anyone noticed very much and nothing anyone will miss very much.

But that is exactly the attitude we need to resist. 30 W. Highland represents a kind of building in Chestnut Hill that has an important place in the architectural and cultural landscape of the community. While surely not as glamorous as the high-end mansions and masterpieces we identify as "Chestnut Hill," it has considerable value, nevertheless. The original structure, before the renovations of the 1960s, was a splendid example of commercial architecture, built in 1903 by Frank Mayo (not to be confused with the great California architect of the same name, later in the century). When it was constructed, it had an honest and simple design, using local stone, that was beautifully proportioned relative to the street. It was void of decoration, a purely functional creation, with clean lines and the simple shape of a Monopoly house, built possibly as a car repair facility.

Chestnut Hill has a number of such structures, scattered around the neighborhood--including the Stagecrafter's Theater (once a barn), the Cress Hotel (an 18th century inn, now Robertson's), the Abraham Rex house (now the Woodward offices at 8031 Germantown Avenue), the Water Tower (which held water pumped up from the nearby reservoir before it was released by gravity to the neighborhood), and Casey's Ice House (when there was a pond at the intersection of Springfield Avenue and Lincoln Drive). The Ice House, built in 1843, was converted to an art glass studio in 1913, and then divided by George Woodward into living spaces in 1924. And along Winston Road and East Moreland is the still active presence of an industrial neighborhood that has housed a glass studio, tile manufactury, an iron works (Filipi Brothers), auto body repair and warehouses going back to the 1920s.

In this sense, 30 W. Highland can be seen as a part of this functional architecture--a relatively modest building, a good example of early 20th century commercial architecture, solid and built to last, and it fits in well with its immediate neighbors, commercial and domestic. A snapshot of the neighborhood, visible in the 1955 Franklin Survey map, reveals a repair garage next door to 30 W. Highland, and another garage across the street near the corner of Germantown Avenue. At that time, in 1955, 30 W. Highland housed the Republican Club, and it probably had already been "modernized" by then to cover up a central drive-through opening in the front facade. (It may have been built originally as a garage, given the original openings in the rear as well as the front facades, visible in old photographs.)

Imagine the original building, before the facade was "colonialized," and you can see in your mind's eye a fine structure that could even now be restored to its historic appearance and adapted for reuse. What you would have then is a good example of what we're talking about-- the ordinary architecture of the vernacular. Vernacular architecture--a broad term--is typically designed without known architects and with no effort to be "beautiful" in whatever terms were current at the time. Instead, these structures use local materials and functional forms, they reflect the building practices of the time and place that in turn are rooted in the local climate the building must be designed to withstand. Robert Venturi's celebrated post-modernist house, the Vanna Venturi house (built for his mother), signifies on this vernacular aesthetic in producing a sophisticated and subtle work of art. But it begins with a respect for the ordinary that we, along with Venturi, should honor.

Chestnut Hill would lose an essential dimension of its history without these vernacular buildings that represent a place where people lived and worked for centuries--a place that had farms, mills, a local water supply, a skating pond and a local ice supply, building industries, quarries, garages that fixed the new automobiles of the 20th century, and electrical repair shops that fixed things before we learned it was cheaper to throw them away.

If we throw away this history and seek to replace it with buildings that maximize profit at the expense of our remarkable shared streetscape, we'll be slowly but surely changing the character of the place into a replica of suburban townhouse development. Being mindful of these changes is not only the responsibility of the Chestnut Hill Conservancy, but of all of us who want to sustain and manage beneficial change in what we most treasure.

Miles Orvell is a member of the Chestnut Hill Conservancy's HDAC (Historic District Advisory Committee and a Professor of English and American Studies at Temple University. His most recent book is “Empire of Ruins: American Culture, Photography, and the Spectacle of Destruction” (Oxford University Press, 2021).

For those who care about democracy, GOP candidates are a risky choice