What the Dickens! ‘A Christmas Carol’ pops up for the holidays

There aren’t many stories as beloved as Charles Dickens’ seasonal classic, “A Christmas Carol.”  Countless versions and adaptations have emerged.

What the Dickens! ‘A Christmas Carol’ pops up for the holidays 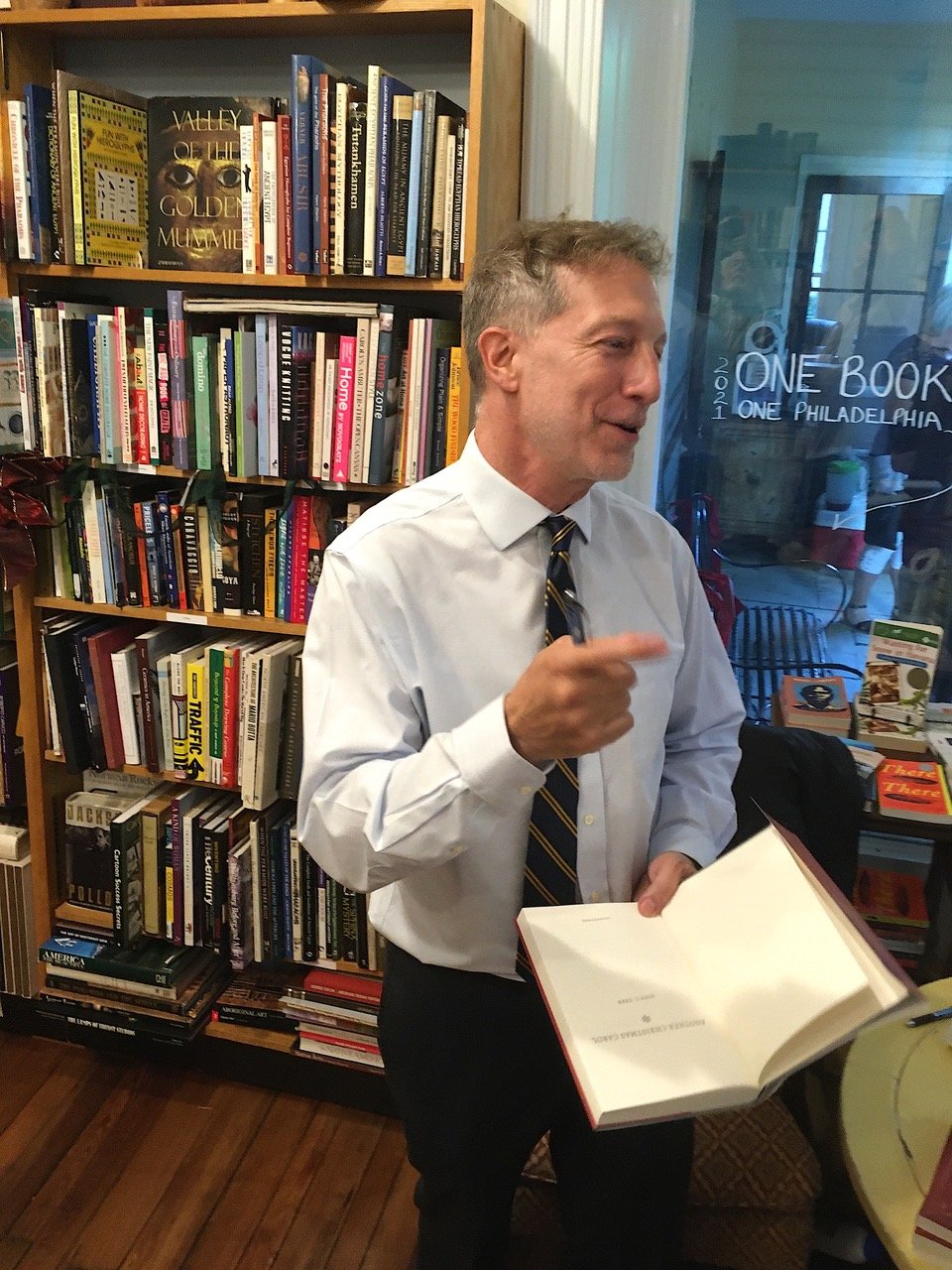 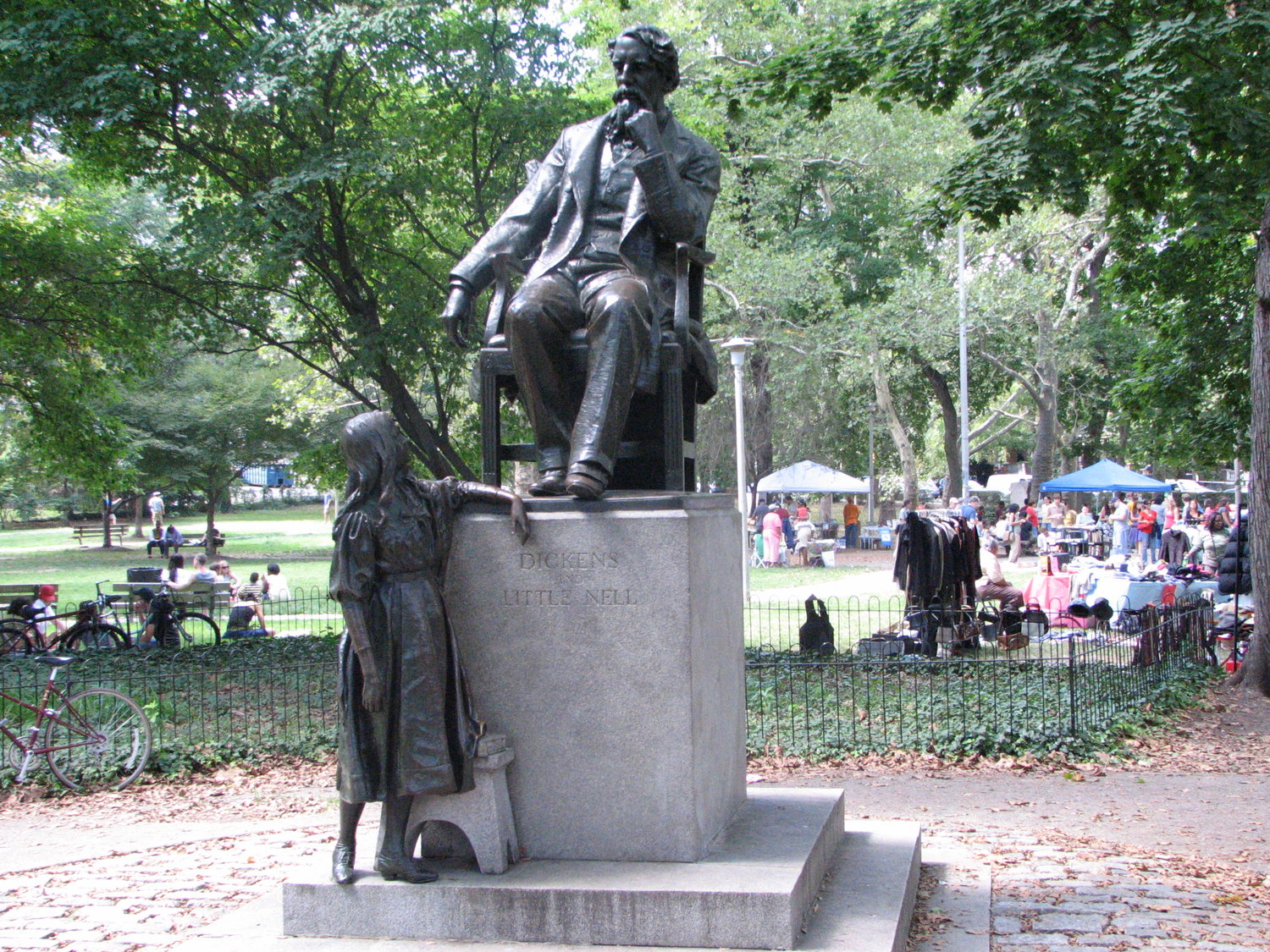 One of only three Charles Dickens statues in the world is in Clark Park (4301 Chester Ave.) in the Spruce Hill section of Philadelphia.
Previous Next
Posted Thursday, December 15, 2022 12:00 am
by Frank D. Quattrone

There aren’t many stories as beloved as Charles Dickens’ seasonal classic, “A Christmas Carol.”

First published in 1843, the sentimental romance “did much to revive the true spirit of Christmas throughout the world,” according to writer G.K. Chesterton. And ever since, countless versions and adaptations of his novelette have emerged as theater pieces, feature films, and animated productions.

Dickens was a lifelong advocate for social reform, an important theme in “Oliver Twist,” “Bleak House,” and “Hard Times.” Perhaps that’s why the author has endeared himself to the working-class city of Philadelphia.

One of only three statues of the author in the world stands in Clark Park (4301 Chester Ave.) in the Spruce Hill section of the city, where “Dickens and Little Nell,” a bronze sculpture by Francis Edwin Elwell, depicts the author and his character Nell Trent from his 1840-1841 novel, “The Old Curiosity Shop.” The other two statues are located in the author’s birthplace, Portsmouth, England, and in Sydney, Australia.

Dickens came to Philadelphia during each of his American tours, in 1842 and 1868. During his first visit, one of the most famous men in the English-speaking world got to meet Philadelphia’s still-unheralded resident genius and editor Edgar Allan Poe, who had succeeded in making the city’s Graham’s Magazine the most popular literary magazine in America at the time.

Dickens admired the Philadelphia Waterworks, but, as an advocate for prison reform, he came away from his visit to Eastern State Penitentiary appalled at the facility’s system of “rigid, strict, and hopeless solitary confinement.” During his second visit to the city, Dickens did a reading from several of his works at a concert hall on Chestnut Street.

This Yuletide season offers several iterations of Dickens’ Christmas classic, true to form, in a region proud of its elaborate outdoor holiday displays.

For those who still love to read, one such book is making the rounds. Written by John Derr, publisher of the Chestnut Hill Local, “Another Christmas Carol,” is a modern-day sequel to the Dickens classic that perfectly captures the temper of the times.

It is Derr's first book, completed after many starts and stops over the past five years.

And despite its modern setting, the author insists that he’s tried to remain faithful to the style as well as the spirit of the original, including Dickens’ familiar cadences, long sentences, lengthy descriptions and strong characterization.

In a recent interview with the Local, Derr revealed his lifelong passion for Dickens’ writing, especially his earlier works. Having read “A Christmas Carol” many times, he said, he knows much of the story by heart – which made him think about writing a sequel.

In it, he tells the story of Ellie Printh, a 53-year-old heart transplant survivor and wealthy business owner who, to quote the author, “loves no one and has no intention of changing that.” So on the seventh anniversary of her life-changing surgery, which she underwent on Christmas Eve, the spirit of her equally irascible heart donor warns her of an imminent visit by three ghosts who have her “better heart” in mind.

Sound familiar? Thought so. Ellie’s reclamation project takes place in our own Chestnut Hill and even features cameo appearances (with permission) by Anne and Meg McNally, longtime proprietors of McNally’s Tavern.

“So I thought,” Derr continued, “why would Scrooge be the only person in all of history visited by the three ghosts?”

You can meet Derr and purchase a copy of his book this Sunday, Dec. 18, from 3 to 5 p.m. at Booked, Chestnut Hill’s only independent bookstore, located at 8511 Germantown Ave. The event will include select readings from “Another Christmas Carol.”

For those who prefer a performance, readers have a variety of choices throughout the region. While it is too late to see Gerald Dickens’ one-man show — the British author’s great-great-grandson has already performed at Byers’ Choice Ltd. in Chalfont — there is still time to see the following:

“A Christmas Carol Comedy,” by Katie Leamen, with one actor as Scrooge and another playing all the other parts, at the Hedgerow Theatre, 64 Rose Valley Road, Media, through Dec. 24; 610-565-4211.