The most recent preliminary plans offered by MEH Investments for townhomes have been retracted due to lack of support and agreement about what the public would like to see at the property. 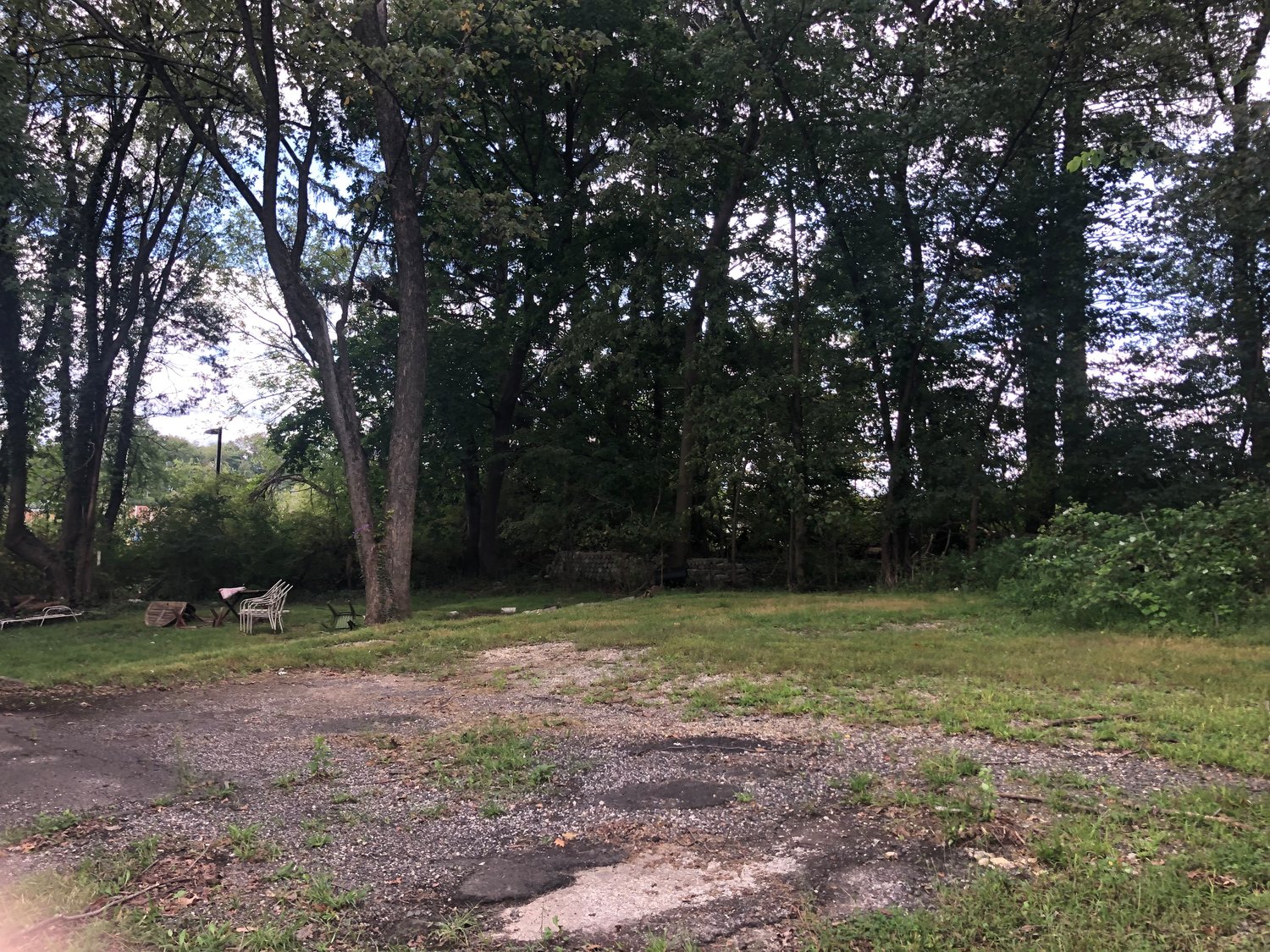 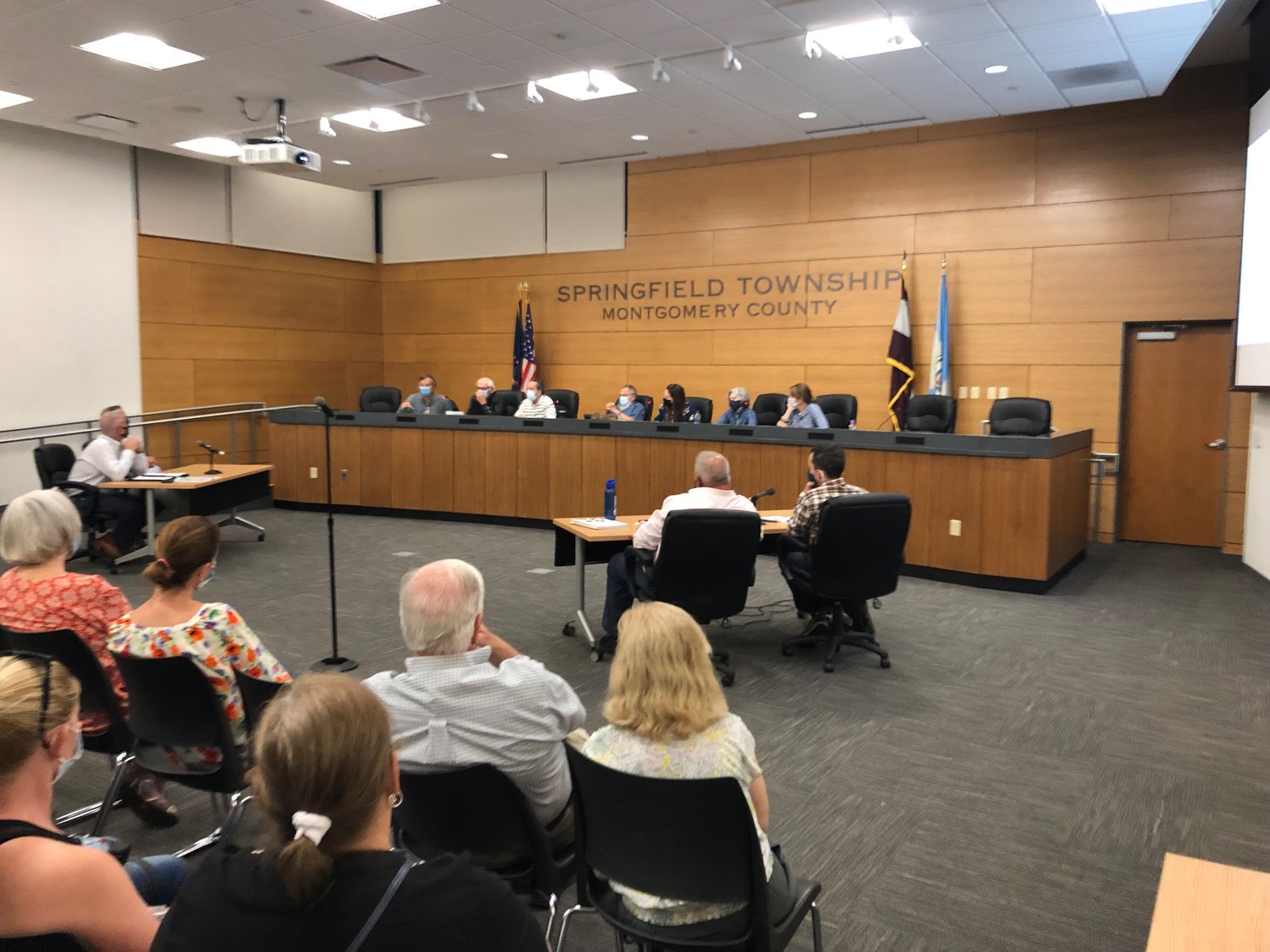 At Wednesday evening’s Springfield Township Board of Commissioner’s monthly business meeting, Board President Baird Standish addressed confusion over the Haws Lane development, a project which has sparked heated debate in the township.

As reported several times in the Local, the 4.7-acre site at 380-402 Haws Lane in Erdenheim sits between a school and a nursing home and is zoned for institutional use. MEH Investments has owned the property since 2019. The most recent proposal for development was a 36-unit residential townhome project which would require a zoning variance.

Standish’s statement, which was not on the night’s agenda, identified the question at the center of the site’s future and one central to the disputes: Would the property be better as a site for an institutional or residential development?

The status of the project is inconclusive, however, and no official plan has been submitted, as the most recent preliminary plans offered by MEH Investments for townhomes have been retracted due to lack of support and agreement about what the public would like to see at the property. Standish offered the board’s understanding of what MEH Investments may do next.

“What [MEH] tell us is that they are going to go ahead and pursue an institutional use of some sort and they believe that they can find somebody that can come in and do that by right, meaning they can comply with all the zoning regulations that apply to that site, which means that nobody will have the opportunity to debate them on that because they’ll have the right to do it,” said Standish. “When it gets to the planning and engineering stage, everybody can weigh in at that point.”

“We have tried for the better part of two years to come up with an alternate use for that site, that we thought was better than what is allowed in institutional zoning,” said McCleary.  He detailed a long process, involving the rejection of an initial plan for a 55+ apartment building, followed by a 41-unit townhome proposal that was redesigned after residents expressed density concerns, becoming the most recent 36-unit project. McCleary said MEH’s plans have encountered mixed responses, many residents not being in favor of institutional while also not favoring the residential proposals. The responses also lack feedback, according to McCleary, characterizing the feedback as being “usually generalized to development as a whole.”

“We’ve been trying to get direction of: Do we think townhouses is a better use than what’s allowed in institutional?” said McCleary. “We haven’t gotten a great answer.”

“We are here to clarify we still would like to do townhouses,” said McCleary. “But if that’s not what people want, and they want us to go down an institutional path, we have people ready to go, they are lined up and we can submit a plan in a couple weeks, if that’s the direction people want to go. Hopefully it’s not, but that’s where we stand.”

On Wednesday, Standish called McCleary’s Monday night comments, “a sort of one last stab at trying to figure out how people really felt.”

Comments made by residents on Monday expressed that more information was needed for residents to offer better feedback. One resident asked for a more appropriate number of units for a residential project, suggesting that 36 units was pushing the limits of the property.

A nurse who grew up in Flourtown, where MEH Investments is based, also asked for more information, specifically pointing to what kind of institution would be built at Haws Lane. She added that because of the many types of institutional uses, “you cannot compare: Do you want to see townhomes or institutional use?” She noted that she personally knows Brian Halligan, MEH Owner, a Flourtown native, and owner of the Flourtown Country Club and expressed sadness that the matter had turned divisive.

Standish decided to make the statement on Wednesday in light of the many emails and questions the board is receiving about the project, and what the board has heard from the public, which he summarized as: “townhouses seem better, but 36 is too much, some people don’t want to see anything built there at all.”

As part of the statement, Standish offered a few pieces of the site’s history, beginning with the approval for the construction of a 107-unit senior living facility in 2013. Owned then by the Hartranft family, the project was challenged in court and never built. After MEH bought the land in 2019 and the 55+ apartment building was rejected, the option to purchase the land, which sits next to Erdenheim Elementary, was presented to the school district. Without a specific use for it, the school board declined to buy it.

The land is too small for a group like the Natural Lands Trust to consider purchasing, and Standish explained that there aren’t funds for the township to purchase the property, as it would amount to nearly a quarter of the yearly budget.

Standish also offered insight into the zoning and planning process in Springfield Township and how a project gets approval. First, if a project complies with the zoning regulations, the project does not need to do anything for approval. “It still has to go through planning but it is approved,” Standish said.

If developer’s project doesn’t comply, he or she can request a variance by providing an explanation to the zoning hearing board that a hardship exists. Or, if a developer’s project doesn’t comply with the zoning and the project would most likely be denied by the zoning board, the developer can go to the Board of Commissioners, which can allow the project anyway if it provide “a stellar property, a project that’s going to be better than anything else you would be building under the zoning laws,” Standish said. At that point a public hearing would be held.

Standish also clarified the distinction between zoning and planning, saying that zoning regulates density and deals with areas limits. Planning involves engineering, storm water, best management practices, parking, lighting and traffic. When a project is in front of the planning commission, the public can come to the meeting, but the project is already approved.