Pearl opened the program with a rare treat -- Jacquet de la Guerre’s Suite in A minor. 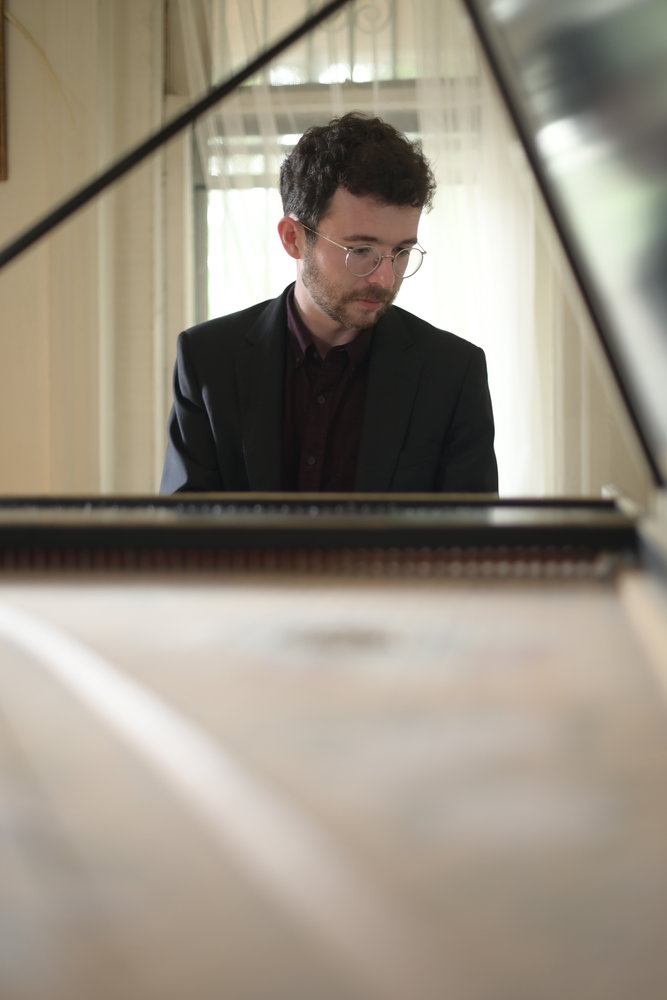 John Walthausen, music director at the First Presbyterian Church of Germantown, was featured on the harpsichord in a performance at St. Patrick Roman Catholic Church in Center City.
Previous Next
Posted Thursday, April 21, 2022 6:00 am
by Michael Caruso

Chestnut Hill’s Woodmere Art Museum was the site of a splendid recital of French harpsichord music Saturday, April 9. Adam Pearl, a core player with Tempesta di Mare, Philadelphia Baroque Orchestra, and a member of the faculty of the Peabody Conservatory of Music (my alma mater), performed music composed by Elisabeth-Claude Jacquet de la Guerre, Jacques Duphly, Louis Couperin and Claude-Benigne Balbastre for an audience that filled the museum’s rotunda.

Pearl opened the program with a rare treat -- Jacquet de la Guerre’s Suite in A minor. During the composer’s life (1665-1729), there were very few women composers whose music circulated among the musicians of her time and was preserved. And well it should have been. The A minor Suite is a full-blown composition in the form made most famous by Johann Sebastian Bach.

The score opens with a gracious, harmonically-sophisticated Prelude. It continues with a romantic Allemande, a captivating Courante, a poignant Sarabande, a buoyant Gigue, and concludes with a majestic Chaconne.

The earliest of the composers on Pearl’s roster was Louis Couperin (1626-1661), the uncle of the more famous Francois. Louis Couperin’s Pavane is an homage to the antique style of the early baroque. It’s a precursor to Maurice Ravel’s 20th century “Pavane for a Dead Princess.” Even more interesting, Ravel composed a larger homage to the friends he lost during World War I entitled “Le Tombeau de Couperin” – referring to Francois and in the form of a baroque dance suite. Pearl played Louis Couperin’s Pavane with deeply felt expressivity delineated through broad gestures of phrasing and lilting rubato.

Duphly (1715-1789) and Balbastre (1724-1799) lived entirely in the 18th century. During their lifetimes the rococo style that followed the baroque relentlessly was being supplanted by the classical, and the harpsichord was being replaced by Bartolomeo Cristofori’s early pianofortes. Still, both musicians composed impressive works for their cherished instrument that maintained the aristocratic “hauteur” of the first half of the 18th century even as they caught the more elegant and lyrical fashion of its second half.

Pearl played the four pieces by Duphly and the three by Balbastre with consummate technical prowess and impeccable stylistic expressivity. He drew a myriad of dazzling colors from his two-manual harpsichord, proffering both brilliance and intimacy.

Countertenor Augustine Mercante and a baroque instrumental ensemble grounded at the harpsichord by John Walthausen performed a Sunday afternoon concert at St. Patrick Roman Catholic Church, just off of Rittenhouse Square. Walthausen is the music director of the First Presbyterian Church of Germantown. The concert on April 10, Palm Sunday, drew an audience of more than 100 music lovers.

The program’s principal work was Antonio Vivaldi’s “Stabat Mater” (The Grieving Mother Standing). The earliest setting of its 13th century text has been discovered in a convent of Dominican nuns in Bologna, Italy. That made the concert’s venue all the more appropriate since St. Patrick’s parish is run by the Dominican Order.

Divided into eleven movements plus a closing “Amen,” the work displays Vivaldi’s gifts as a composer adept at setting a solo voice against strings and harpsichord. The solo part retains its prominence throughout, yet there’s no lack of interest in the accompaniment, which often enhances the emotions projected by the vocal line’s text.

Mercante sang Vivaldi’s music with secure projection throughout his entire treble range. The tone was smooth and creamy yet cleanly focused and deeply expressive. He delineated the Latin text with a sure feel for its open vowels and crisp consonants so that he could communicate its telling of the Virgin Mary’s heart-piercing grief as she stood at the foot of the cross on which Jesus died on Good Friday.

Although the Vivaldi was the concert’s major work, it didn’t receive Mercante’s finest performance. That was heard in “He was despised” from “Messiah” by the German-born, Italian-trained and British subject George Frideric Handel. Originally sung by the contralto soloist of Handel’s London opera company at the Dublin premiere in 1742, “He was despised” is usually sung by mezzos and altos.

This was my first opportunity to hear it sung by a countertenor. I was looking forward to the opportunity and Mercante didn’t disappoint. He sang with magisterial technical command and intense emotional delineation. Mercante was also heard to fine advantage in “Es ist vollbracht” (It is finished) from Johann Sebastian Bach’s “St. John Passion.”

It’s often said that Bach’s divinely inspired music constitutes the “Fifth Gospel.” If so, then Handel was the author of the “Epistle to the Anglicans.” What a pair they make.