On Monday, May 10, 7 p.m., via Zoom, the Big Blue Marble Bookstore will be hosting the book launch for Dr. Taussig's new book, "What We Mean by the American Dream," released April 15 by Cornell University Press. 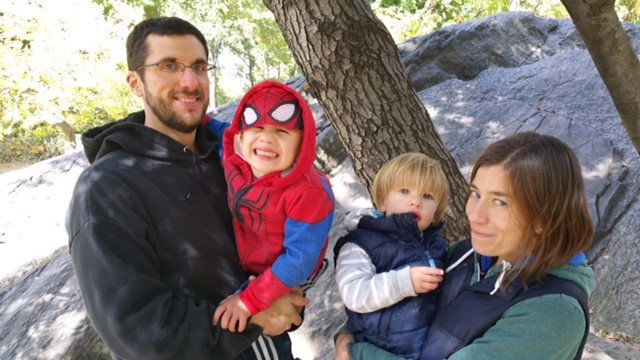 Doron Taussig and his wife, Chelsea, of Mt. Airy, are seen with two of their three children — Sam, Leo and Hana. 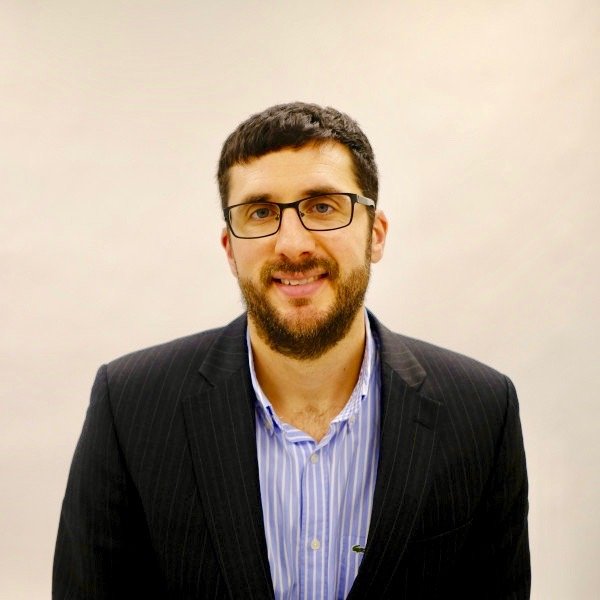 The Big Blue Marble Bookstore in West Mt. Airy will be hosting the book launch for "What We Mean by the American Dream," by Mt. Airy resident Doron Taussig (seen here).
Previous Next
Posted Thursday, May 6, 2021 10:15 am
by Len Lear

Dr. Doron (“gift” in Hebrew) Taussig, 39, a Mt. Airy resident since 2010, has been a visiting assistant professor at Ursinus College in Collegeville for three years, teaching journalism and political communication. He is also a fellow with the Tow center for Digital Journalism at Columbia University, working on a project about conservative perceptions of mainstream news. He was previously an instructor at Penn, Rutgers and Drexel Universities.

Before becoming a “pointy-headed academic” (his words, not mine), Taussig was a reporter and editor at the Philadelphia City Paper and Philadelphia Daily News, and he wrote book reviews regularly for the Washington Monthly.

I did bot know him then, but whenever I saw his byline in the City Paper, I made sure to read the article because his work was unfailingly penetrating and insightful. Obviously not just an ivory tower academic, Taussig has also been head coach for the youth basketball program at the Germantown Life Enrichment Center for six years and was the varsity basketball coach at Wissahickon Charter School for five years before that.

Taussig has a B.A. In Sociology from Wesleyan University in comnnecticut, an M.A. In Broadcasting and Mass Media from Temple University, anoither M.A. In Communication and a Ph.D in Communication, both from the University of Pennsylvania. The subject of the Queens, NY, native's doctoral dissertation was "The Meaning of Merit." It was about how Americans think about how we get to where we are in our working and economic lives and whether we deserve it.

On Monday, May 10, 7 p.m., via Zoom, the Big Blue Marble Bookstore, 551 Carpenter Lane in West Mt. Airy, will be hosting the book launch for Taussig's new book, "What We Mean by the American Dream," released April 15 by Cornell University Press. Here are excerpts from an interview we conducted with Dr. Taussig last week:

How did you happen to come up with the idea for “American Dream?”
“I don't honestly remember specifically, but I know I wrote a whole article for a journal about the posts on the Tumblrs' "We are the 99 Percent" and "We are the 53 Percent," and I believe a reviewer made the (obvious!) observation that merit was an important theme in them, and that sort of set me on the path. I spent five years working on the book.”

What did your research consist of?


“The most important component was interviewing 60 people from all different walks of life about how they got to where they are; what talent, hard work, luck, etc. had to do with it, and whether they felt like they earned it. The interviews were really interesting. I also looked at a bunch of media coverage of the lives of presidential candidates, business tycoons and star athletes to see how their successes were explained.”

What is your hope for the book?
“I tried hard to make this book enjoyable and interesting to read, so I hope it can contribute a bit to how Americans think about what we earn and help push back on some of the (I think) negative social consequences that flow from our current engagement with that question.”

How has the pandemic affected your life?
“I have three young children, so it affected my life most when they had to start attending school from home. It was challenging for my wife and me to oversee their school days and do our jobs at the same time … And I have been teaching in-person all year, although I 'simulcast' my classes to students who are remote via Zoom.”

What is the best advice you have ever received?
“I don't know if it's the best advice I've received, but one memorable example was when my grandfather quit driving on his own, and I asked him why he decided to do that. He said, 'When everyone on the road but you seems crazy, it ain't so.'"

What is the hardest thing you ever had to do?
“Probably raise three young children during a pandemic! (I live with my wife, Chelsea, and our kids Sam, Leo and Hana.)”

If you could meet and spend time with anyone on earth, living or dead, who would it be and why?
“I would speak to my grandfather again, perhaps from when he was a younger man than when I actually knew him.”