Following in the footsteps of many successful Center for Entrepreneurial Leadership (CEL) students, three Springside Chestnut Hill Academy teams recently placed at the top of the Global Youth … 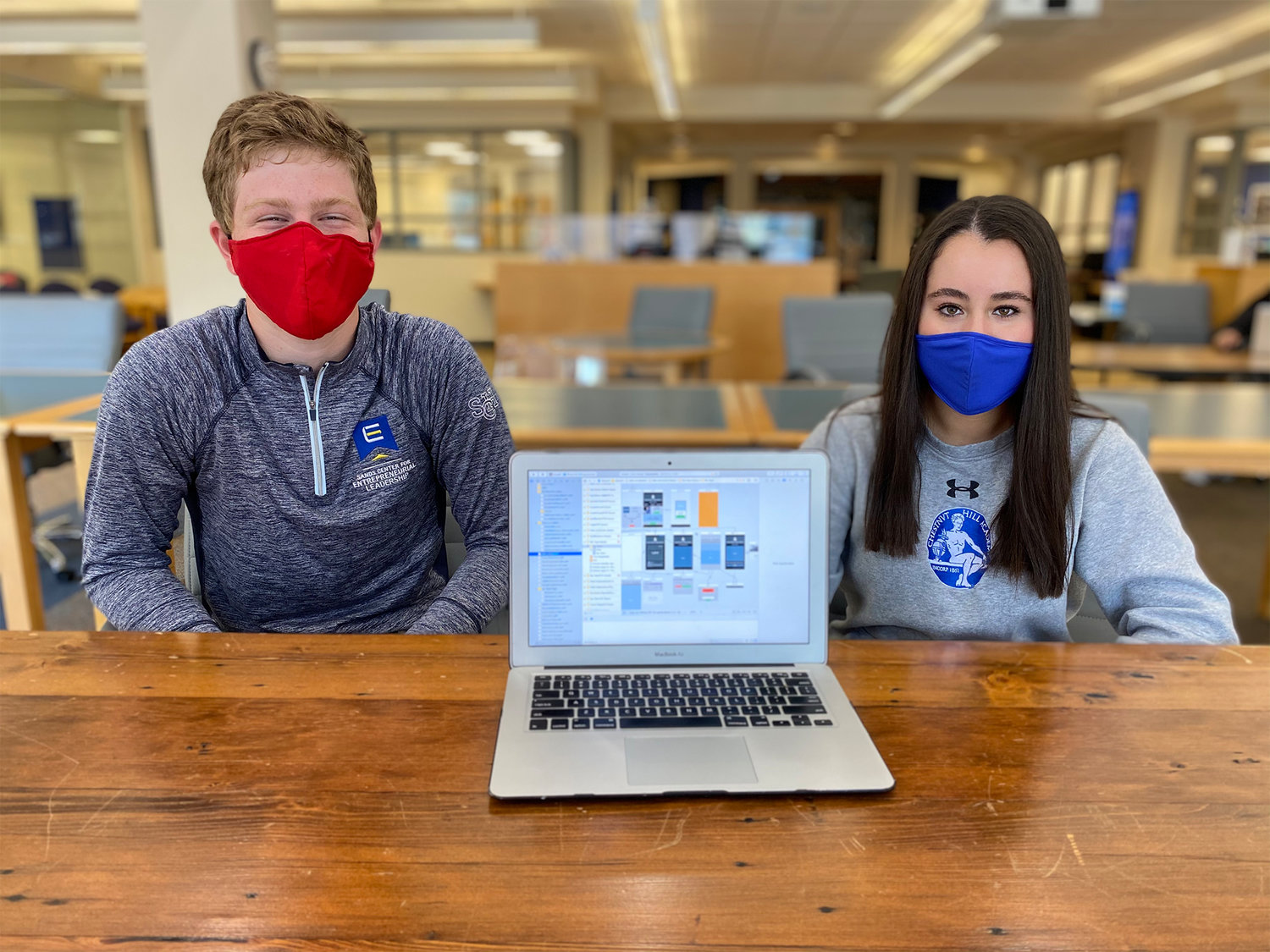 Following in the footsteps of many successful Center for Entrepreneurial Leadership (CEL) students, three Springside Chestnut Hill Academy teams recently placed at the top of the Global Youth Entrepreneurship (GYE) competition, including the GYE’s First Place winner. There were 12 projects — pitched by students from around the world — that made it to the finals, with all SCH teams placing in the top four.

Earning a $5,000 scholarship, junior Alexa Rhodes finished with the GYE award for her H.E.L.P.I.N.G The Homeless Backpacks. Rhodes has been working with Entrepreneur in Residence Paris Gramann and Ed Glassman in the school’s CEL Venture Accelerator and launched her non-profit this fall. She has already donated 75 backpacks — fully loaded with key supplies—to the Broad Street Ministry shelter and was featured on ABC, NBC, and Fox TV. With this award, Rhodes plans to produce and donate over 250 additional backpacks this holiday season.

Two other SCH teams were selected for GYE’s named awards and received a $1,000 scholarship.  Zach Schapiro ’22 and Ellie Shoup ’21 pitched Fantasy Politics which took the “Choice of Universities Award.”  Shoup describes their product as “ the only mobile app that combines the riveting entertainment of fantasy sports with the politics of our nation.” In order to be a successful participant of Fantasy Politics, a player must follow election cycles, track politicians' time in office, and gauge the American political climate. “Through providing young people with a fun and competitive way to participate in politics, Fantasy Politics will ultimately strengthen our democracy through educating our youngest generation of leaders, voters, and citizens.” The team hopes to take it to the market and envision creating a world where kids know every senator as well as they know every quarterback!>

Elizabeth Castellanos ’21, the architect behind STEAM Squad, earned the “Choice of Companies Award” with an education technology app for girls ages 5 to 10.  From scavenger hunts to car building, girls and their parents enjoy STEAM-focused activities. “The app,” says Castellanos, “gives young girls the time and space to explore the subjects and careers of STEAM all while learning and having hands-on fun!” (Castellanos has built the app with her partners Mikayla Brown and Jocelyn Freed; however, they did not participate in the GYE competition.)

Global Youth Entrepreneurship (GYE) Zone is an educational organization based in Silicon Valley that aims to prepare high school students for college success and career preparation through extracurricular activities that instill in them an entrepreneurial mindset, 21st-century skills, and the grit for breaking barriers and embracing lifelong learning

As part of the month-long competition, teams received individualized coaching sessions from entrepreneurs, top executives from Ivy League institutions, and Silicon Valley organizations. They also had access to a menu of workshops including design thinking, marketing and finance, and leadership.

Schapiro acknowledged, “There's a lot of work involved in the GYE Competition. We participated in almost a dozen business-oriented workshops, met with mentors from across the globe, and assembled a pitch deck to present in front of our competitors. I think Ellie and I both learned a lot about how to run a business, as well as how to make a working, understandable, and enjoyable app in Fantasy Politics. We're really grateful for our GYE Mentors who helped us along the way and, of course, for the incomparable and unconditional support and advice from Mr. Glassman and Ms. Gramann in SCH’s CEL.”

“Taking part in the GYE Competition experience was extremely insightful as a young entrepreneur,” added Rhodes. “Through our many workshop sessions, I learned strategies for developing business plans as well as the foundations of finance and marketing. However, my favorite part of the competition would have to be working with my fellow contestants. Being able to see that students my age around the world were all working on different projects to make the world a better place was transforming for me.”