A Look Back at “Limitless”

Hey, there are limits.  We know.  But not for this guy.  Not once he takes his meds.  And this is his tale.  A tall one at that.

A Look Back at “Limitless” 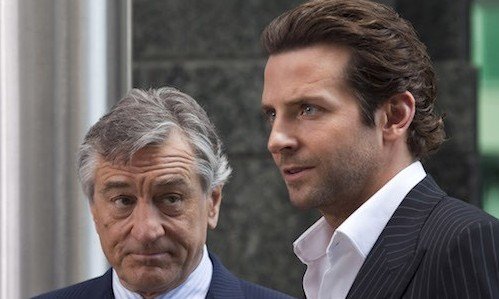 Hey, there are limits.  We know.  But not for this guy.  Not once he takes his meds.  And this is his tale.  A tall one at that.

“Limitless” (2011) is an admittedly limited but fascinating what-if thriller, a pharmaceutical fantasy about being all you can be without joining the military.

Bradley Cooper stars as Eddie Morra, the aspiring but unpublished writer who narrates this story and who's a bit of a slacker.  Eking out a modest living as a copywriter for a small publishing house, he also finds himself in the midst of writer's block.

And, to make life even more unbearable, his girlfriend Lindy, played by Abbie Cornish, breaks up with him at a restaurant.  Eddie's future looks grim.

So he's open to the suggestion by his ex-brother-in-law, whom he runs into, that he take a top-secret experimental "smart drug," NZT-48, a new, untested drug that allows him to boost his intellect, maximize his intelligence, and boost his performance by actually using 100 percent of his brain instead of the usual 20.  Or, in Eddie's case, let's say 15.  At best.

Suddenly Eddie is the sultan of the synapse.  He's the new confident Eddie, able to recall virtually everything that he has seen, heard, or read.  Suddenly he can learn a new language in a matter of hours.  Suddenly he can comprehend just about anything.  Suddenly women cannot resist him.  Suddenly, as he says, his delusions of grandeur are instead a recipe for grandeur.

True, the effect of the miracle drug wears off the next morning.  But Eddie is now hooked on limitless knowledge.  Who wouldn't be?  And he knows where he can get more of it.

So, ignoring the possibility of dangerous side effects, Eddie takes another pill.  Suddenly he can conquer Wall Street and make millions in a flash.  Which he does and makes a meteoric rise to the top of the financial world.

Enhanced Eddie's rags are now riches.  Which means that nearly as suddenly a business mogul named Carl Van Loon, played by Robert De Niro, a billionaire who sees a chance to make billions more, comes calling with a deal: he wants Eddie to help him broker the largest merger in corporate history.

Naturally, when the word on Eddie gets out, dangerous forces who want to exploit his supply of the black-market drug – and his abilities – begin to breathe down his neck.  And how much longer Eddie can keep breathing becomes an open question.

And as if that's not enough, the side effects of the drug have begun to surface.

Director Neil Burger, working from a darkly comic screenplay by producer Leslie Dixon that is satirical in spots and is based on the novel The Dark Fields by Alan Glynn, uses lots of subjective point-of-view shots, breathlessly dizzying visual effects, hallucinatory images, and flourishes of absurdism, with a number of Philadelphia locations standing in for Manhattan.

In the vein of David Fincher's “Fight Club” and with perhaps a touch of Christopher Nolan’s “Inception” as well, the paranoid wish-fulfillment thriller flies off the rails by perhaps, like Eddie, being a bit too clever for its own good.  The result is that it gets even more farfetched and perverse than it already is in Act Three, when less of its own brain is used than was the case in the first two acts.  But by then Eddie's got us in his thrall.

As does Cooper, who acquits himself impressively, uses the voiceover narration to his decided advantage, and registers his potential as, well, unlimited.

This trippy smart-pill adventure (rated PG-13) leaves a memorable "be careful what you wish for" aftertaste.  “Limitless” exceeds the speed limit in more ways than one, but we get the ticket.