Back to Nature: Chestnuts in Chestnut Hill?

In 1681, when William Penn took possession of Pennsylvania, 2100 native plant species could be found throughout. Europeans had only begun to have an impact on the American forest, which, until the …

Back to Nature: Chestnuts in Chestnut Hill? 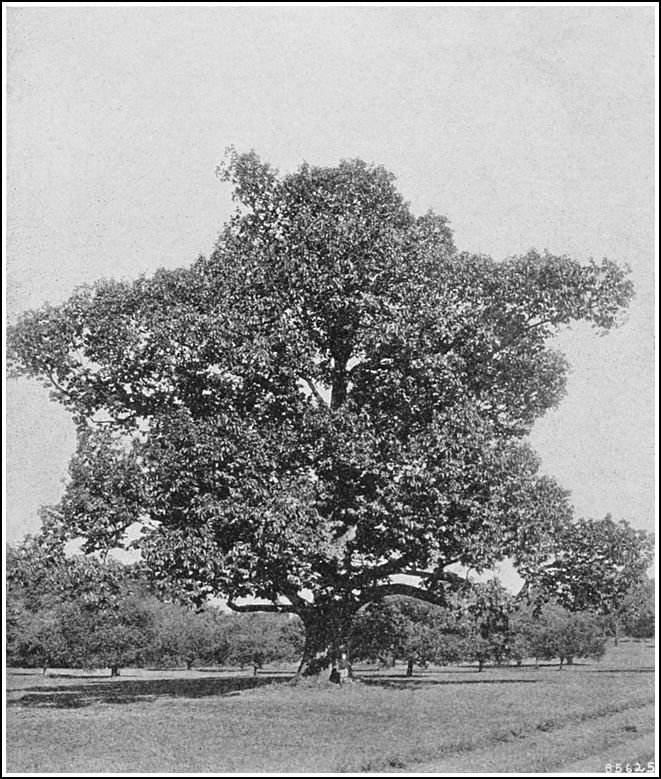 In 1681, when William Penn took possession of Pennsylvania, 2100 native plant species could be found throughout. Europeans had only begun to have an impact on the American forest, which, until the chestnut blight arrived from China in 1949, was dominated by towering American Chestnut (Castanea dentata) trees and roughly accounted for one of every four trees throughout its range (from Maine to Georgia). Some two hundred years later an additional 1300 plant species, mostly from Europe and Asia, naturalized in Penn’s Woods, some becoming noxious, invasive weeds that brought the plant species total to 3400.

“The Plants of Pennsylvania” (Second Edition), 2007, identifies all 3400 species, giving botanical descriptions, approximate locations in the state, and frequency of occurrence.  Of the 2100 native plants, the Department of Conservation and Natural Resources (DCNR) reports one hundred and sixteen have been extirpated, including Red Milkweed, White Cedar, and Virginia Dayflower. An additional two hundred and thirty-two are Endangered, including 20 sedge species, 13 rushes, and 8 pondweeds (mostly from wetlands). Dozens more listed as Threatened, Rare, or Vulnerable, make the native/non-native ratio about even. And though not considered endangered, the American chestnut survives today only as small remnants and stump sprouts that no longer produce nuts, living ten or twenty years then dying back again from the blight. Some small specimens are scattered throughout Philadelphia, including a few in Wissahickon Valley.

Much has been written about non-native and invasive plant species, but what matters most is that non-native, and especially invasive plants, are functionally sterile in our forest ecosystems. Nothing eats them. Our native insects, which are second in the food chain after plants and therefore extremely important for ecological health, have not adapted to forage on these alien species. Most of the 1300 introduced plants contribute virtually nothing to ecosystem health. And that brings us back to the 40 million acres of turf grass across America discussed in the previous column.

Pennsylvania proudly lays claim to 121 state parks covering over 283,000 acres. That is 1% of all the state’s acreage, somewhat evenly spaced across the state. Factoring local and municipal parks into that adds another 195,000 acres. That means every Pennsylvania resident lives within twenty-five miles of a state park, and even closer to local parks. And because we care very much about parks and greenspaces, that also means a lot of potential ecological connectivity if we have the will to make it so.

Seen as dots on a map, it’s easy to imagine lines connecting all those state and local parks. And those lines would run through thousands of acres of private property, fields, woodlots, forest edges, and of course lawns. E. O. Wilson, the prolific Pulitzer prize winning sociobiologist, somewhat radically proposes setting aside half the earth, private property or not, for non-human activity, essentially suggesting private property be relinquished. A noble thought, but it would require massive restructuring of human activity and placement. Douglas Tallamy, in “Nature’s Best Hope,” rethinks Wilson’s proposal by suggesting we convert those millions of turf grass acres on private property into meadows and emerging forest. A much more modest proposal, and one that, with some tweaking, can be accomplished. Tallamy even gives it a catchy name: Homegrown National Park.

Let’s look more closely at this proposal. Conservation as it stands confines preserved land to local, state, and national parks. Wilson’s proposal would take all that conserved land and add more to it to enhance the natural areas and ecosystems that have been lost over the past few centuries. In some sense it seems fair for humans to give back what they’ve taken, but it would separate humans from nature more than bring us closer to it. Tallamy’s proposal, using a similar premise, does the opposite. If the goal is to get back to nature and restore it, then dedicating more acreage across the land, especially across private property, will bring nature back to us. No easy task to be sure: If you see the value in this and dedicate your property to the cause of nature, you then must convince your neighbor to do the same. Then your neighbors need to convince their neighbors, etc.

But what if all American landowners converted just half of their lawn to native trees, shrubs, and wildflowers? That’s 20 million acres that would be connected. That’s more than all the National Parks in Utah and Wyoming, plus the Everglades, the Grand Canyon, and the Great Smoky Mountains National Park combined. Since lawns serve a function, and are somewhat ingrained into our landscape psyche, we need only redesign our landscape values. We can integrate some turf grass as paths, lounging and recreational areas. Homegrown National Park would literally be in our back yards. And in the next column we’ll look at what that could look like.

Dennis Burton is the former director of the Schuylkill Center for Environmental Education. He is a master gardener and the author of “Nature Walks of Central Park.”

Local shops close out the old year, and look to the new one

VALUE AND VULNERABILITY: The Chestnut Hill Conservancy Looks Back at 2021