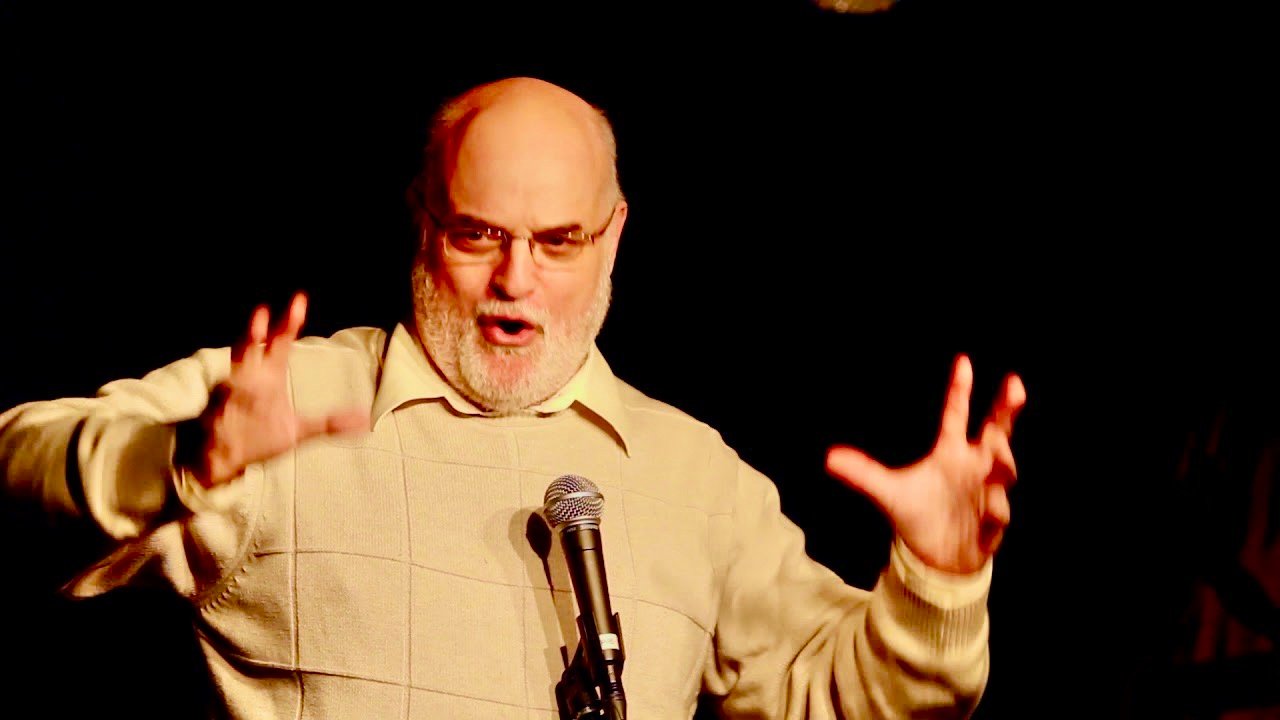 Joey Novick is a stand-up comic who tells a hilarious seven-minute story (you can see it on YouTube) about how he had a property line problem after moving from New York City to Flemington, NJ, so he went to a meeting of the borough council.

According to Novick, the councilman he spoke to was extremely nasty after finding out that he was from New York and made no attempt to resolve Joey's problem.

Novick was so livid that he decided to get a taste of revenge by running against the councilman in the next election. His opponent made up posters with the slogan “Just Say No-ey to Joey,” so he must have had a sense of humor at least.

But Novick campaigned tirelessly, going door-to-door and entertaining voters. Long story short: Joey won the election and has been the only Democrat on the borough council for the past 15 years. His annual salary, a matter of public record, is a whopping $4,200 a year. It has not enabled him to put a down payment on a new Mercedes convertible, as much as he would like to own one.

Novick, who is also a lawyer as well as a stand-up comic, has made appearances on MTV, Comedy Central and Rascal’s Comedy Hour and at hundreds of comedy clubs across the U.S. and Canada. He has been the opening act at comedy clubs for Jerry Seinfeld, Robert Klein, David Brenner, Lewis Black and Paul Reiser, among other bold-face stars.

He also appeared with Robin Williams at the Comic Strip in New York City. His first solo show, which started with the election revenge story, was nominated for “Best Comedy Performance” at the Capital Fringe Festival in D.C. in 2017, and he is the author of the soon-to-be-published “The Official Borscht Belt Joke Book.”

Now Novick will bring his funny stories to Malelani Cafe, 6734 Germantown Ave. in Mt. Airy on Wednesday, Sept, 28. Joey will go on after one or two short sets by other comics, who will begin at 8 p.m. The show will end by 9:30 p.m.

“I saw Joey's show at D.C.'s Fringe Festival in 2017,” said Brian Folan, a Mt. Airy resident who is also a lawyer and stand-up comic. “He made me laugh so much and so hard that in the following days my stomach muscles hurt like I'd done a thousand sit-ups. Joey can hold an audience rapt and put them in stitches with a single extended story. I begged him to come perform at Malelani Cafe.”

Novick, who graduated from Seton Hall Law School at the mature age of 47, told us in an interview last week that he studied improvisation comedy with several teachers and began performing in the early 1980s in New York City clubs that allow newcomers to try out their acts.

“Like most comedians,” he said, “I had some horrible sets in the beginning. It takes perception, lots of time writing, perseverance and being funny. There’s lots of pain from rejection involved, so it does take a thick skin.”

How does he handle hecklers? “Great question,” he said. “I don’t get many because I don’t attack the audience, but I’m pretty fast on my feet. One show I was heckled with an insult about my mother, and I stopped to look at the guy, and I just stared at him and started crying on stage.

“I started mumbling how my mother had just died and how I could not believe he made fun of her. The audience started yelling at the guy, and one person even walked over and told him to get up and get out. Finally, I stopped crying and said, 'F--- you. My mother is still around, and you’re just an a--hole.' He got booed.”

When asked what were the best and the worst gigs he ever had, Joey replied, “Every gig is the best. It’s a privilege to be able to make people laugh. But the worst gig was a concert as the opening act for the rock band, Twisted Sister. I had a glass bottle thrown at my head.”

Joey, whose own favorite comic is George Carlin, is also an accomplished humor educator who has provided humor programs for Fortune 500 corporations including AT&T, Johnson & Johnson, MetLife and Merrill Lynch.

For more information, call 267-766-2396 or visit https://malelani.cafe. Len Lear can be reached at lenlear@chestnuthilllocal.com