Flix: A look back at ‘Captain Fantastic’

Viggo Mortensen and the rest of the cast of "Captain Fantastic." by Bill Wine Each week, veteran film critic Bill Wine will look back at an important film that is worth watching, either for the …

Flix: A look back at ‘Captain Fantastic’ 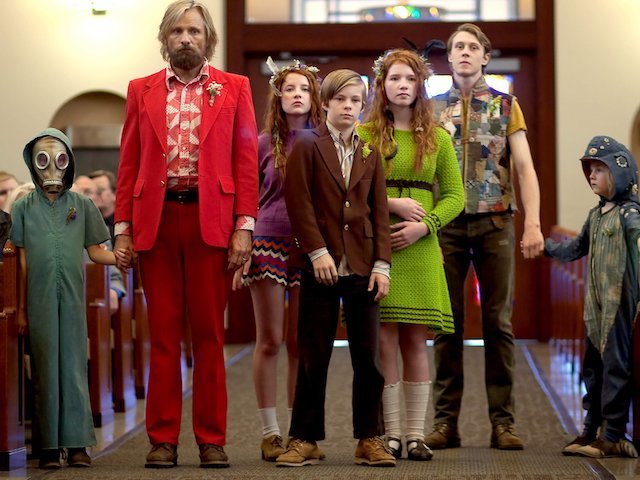 Viggo Mortensen and the rest of the cast of "Captain Fantastic."

The title makes it sound like a comic book-inspired superhero thriller. It’s not. In fact, it’s anything but.

But 2016’s “Captain Fantastic” lives up to its name nonetheless.

Viggo Mortensen is Ben Cash, father of six, and he has taken himself and his loved ones way off the grid. He’s raising his kids, ranging in age from 8 to 18, deep in a forest in the Pacific Northwest, homeschooling them, teaching them survival skills, imposing a rigorous regimen of intellectual and physical training and making sure that they devote themselves to living out this stubbornly and severely alternative lifestyle.

All of them are smart and physically fit. Why? Because, as he keeps reminding them, “no cavalry will save you.” That is, he wants to raise free-thinking children.

And are they prepared for entering and dealing with the rest of the real world?

But labels don’t come easy: Is he just eccentric? Or irresponsible?

Is he left-wing or right-wing? Both. Blue state or red state? Neither. Anti-capitalist and anti-fascist? OK.

His wife – the six-pack’s mother – is away somewhere for reasons not immediately apparent.

When the seven of them receive tragic news about her, they decide to pile into their bus and head for New Mexico, where her affluent parents, played by Frank Langella and Ann Dowd, live.

As Ben’s father-in-law makes perfectly clear, Ben is not welcome there and perhaps he shouldn’t even be allowed to raise the kids in this fashion.

This is now an extended family coming apart at the seams. But as both sides make their positions and preferences clear, the script provides a stimulating exploration and debate about family and parenting, and their various modern definitions and variations.

And we get to consider, question and decide whether or not, in the family-values parlance of ‘50s television, father knows best.

Writer-director Matt Ross (“28 Hotel Rooms”), best known as an actor on TV’s “Silicon Valley,” impresses with just about every aspect of the film, starting with his leading man.

Mortensen, Oscar-nominated as Best Actor as a delayed follow-up to his 2007 Oscar nomination as Best Actor for “Eastern Promises,” is splendid – no surprise there – as a revolutionary and committed paterfamilias whose contradictions are showing and whose firm beliefs get a vigorous shaking.

But it’s the work director Ross gets from his youthful cast, with their considerable collective chemistry as a family, that’s nothing short of amazing.

“Captain Fantastic” is a thought-provoking and original R-rated family drama about a backwoods clan that lets us see the forest and the trees.

Is it fantastic? Close enough.