Kenneth Branagh in the 2017 reboot of “Murder on the Orient Express."[/caption] by Bill Wine Each week, veteran film critic Bill Wine will look back at an important film that is worth watching, … 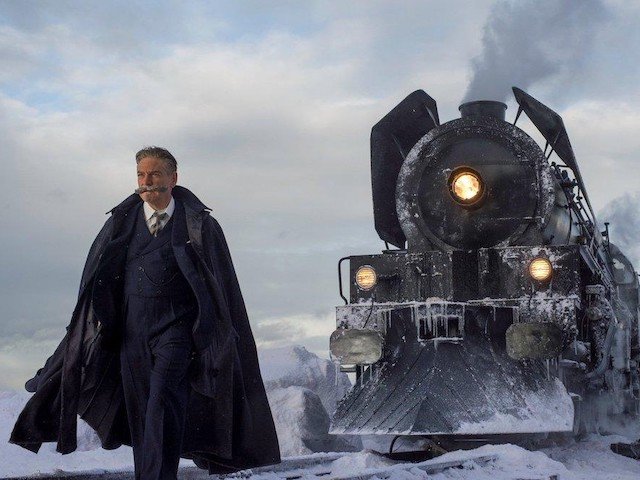 Kenneth Branagh in the 2017 reboot of “Murder on the Orient Express."[/caption]

The fondly recalled original version of “Murder on the Orient Express,” directed in 1974 by Sidney Lumet, combined the cerebral puzzle-solving entertainment of a mystery novel by Agatha Christie with the star-gazing pleasures of a celebrity ensemble.

But what both versions share is author Christie’s diabolically clever whodunit plot, visual elegance, and a trainload of familiar screen luminaries.

They comprise the 1930s passenger list on the Europe-crossing titular train traveling from Istanbul to Calais.

And when somebody turns up dead and the train is rendered snowbound, Poirot must use his “leedle gray cells” to conduct a criminal investigation through a series of interrogations to determine which of the 13 passengers – suspects all – has submitted the victim to a gruesome, extravagant and murderous stabbing.

Even if you’ve read the 1934 detective novel or seen the earlier version and thus know the solution to the mystery, Christie’s ingeniousness carries the day. In other words, even if you know who done it in this whodunit, there are escapist pleasures to be had.

Four-time Oscar nominee Branagh, wearing a mustache the size of a locomotive and having fun playing the colorful, idiosyncratic Poirot, directs for his 15 time (“Cinderella,” “Macbeth,” “Thor,” “Sleuth,” “As You Like It,” “Hamlet,” “Dead Again”), keeping things zipping along and time flying.

He also gives his leading man – that is, himself – such a generous number of lingering closeups that some among his prestigious supporting ensemble are severely underemployed.

With no particular antagonist pitted against Poirot, suspense and emotional involvement are pretty much off the table.

But Branagh seems to know that his ace in the hole is Christie’s sturdy, cognitive source material so, in every way but a focus on that distracting mustache, he more or less stays out of the way.

And he unapologetically embraces generic convention. So, yes, Poirot does eventually gather all the suspects on this lavish train ride for the big reveal, which delivers a conceit that pays off nicely even if you see it coming.

An enjoyably old-fashioned homicide mystery, “Murder on the Orient Express” is a dark, glossy lark in which Kenneth Branagh’s Hercule Poirot uses his impressive powers of deduction to determine what might be called the loco motive.