Rami Malek is superb as Freddie Mercury in “Bohemian Rhapsody.”[/caption] by Bill Wine Each week, veteran film critic Bill Wine will look back at an important film that is worth watching, either … 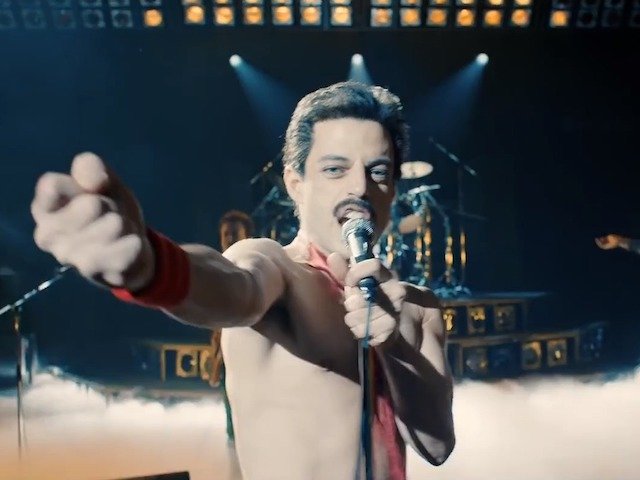 Rami Malek is superb as Freddie Mercury in “Bohemian Rhapsody.”[/caption]

There can be only one word that captures the superlative performance that Rami Malek turns in as Queen's lead singer, Freddie Mercury, in the musical biodrama, "Bohemian Rhapsody."

Malek, previously best known for his Emmy-winning performance in the television series "Mr. Robot," struggles a bit early on with the prosthetic overbite he's wearing – and it is an early, temporary distraction. But he soon settles in and inhabits the role so completely and overwhelmingly, it's downright spooky.

The PG-13-rated "Bohemian Rhapsody" (2018) is a somewhat sanitized chronicle – not quite up close and impersonal, but close – of the years before and during British operatic rock band Queen's triumphant reunion and legendary performance at the Live Aid concert in 1985, an event viewed by nearly two billion people that bookends the narrative.

The turbulent production was directed by Bryan Singer ("XMen," "X-Men 2," "The Usual Suspects," "Superman Returns," "Valkyrie"), who left several weeks before the shoot ended, when he was replaced by the uncredited (as director, anyway) Dexter Fletcher ( "Eddie the Eagle," " Wild Bill," "Sunshine on Leith"). This long after Sacha Baron Cohen was replaced in the lead role by Malek, whose uncanny impersonation makes this seem a role he was born to play.

Anthony McCarten's screenplay documenting Queen's meteoric rise takes a few liberties with the actual timeline, which should leave it time to explore the characters a bit. But that's not the case, and we don't really get to know any of them very well.

Still, character delineation is at least serviceable in what is, after all, an "And then they wrote" chronology.

Mercury's family relationships, sexual identity and medical history are, if not truly explored, at least acknowledged.

And, more importantly, both viewers unfamiliar with Queen's iconic sound and songs as well as die-hard fans should find this celebration of their music foot-stompingly satisfying.

Not for nothing was the film nominated for Best Picture, even as it took home four Oscars – for Best Actor (Malek), Best Editing, Best Sound Editing, and Best Sound Mixing.

But it’s Malek who runs off with the movie and its driving energy, seemingly confident that we'll follow his beloved, flamboyant international superstar vocalist anywhere.

That this is hardly a warts-and-all portrait of the group and their experience may be explained by the large number of producers – a dozen – some of whom are in the band and/or in the cast. But, then, this is a film much more focused on showing off the group's assets than spilling their secrets.

The songs, then, are the highlights, as they should be in a movie that, like its protagonist, is an unapologetic showoff. And whatever combination of Mercury's and Malek's voices, and perhaps a third participant's, that the film uses – and is cagey about – that phenomenal and familiar singing voice of his comes through loud and clear.

"Bohemian Rhapsody" has limitations, to be sure. But Malek is a revelation and it will – wait for it – it will rock you.