Flix: The ‘Favourite’ is a different kind of costume drama

Rachel Weisz in “The Favourite.”[/caption] by Bill Wine Each week, veteran film critic Bill Wine will look back at an important film that is worth watching, either for the first time or again. …

Flix: The ‘Favourite’ is a different kind of costume drama 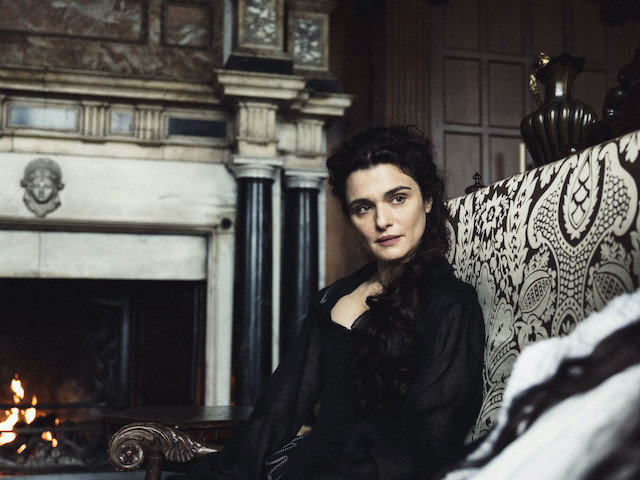 Rachel Weisz in “The Favourite.”[/caption]

Costume dramas: that's what we used to call them. Of course, they didn't usually feature all-female romantic triangles.

So, no, this ain't your grandmother's costume drama.

Or even your mother's.

But it might just be a favorite of yours. Or mine.

"The Favourite" is a period piece that comes from Greek director Yorgos Lanthimos, who gave us the decidedly offbeat "The Lobster" in 2016.

Now he lobs this tragi-comic portrait of power at us right in the midst of the #MeToo era, an offbeat offering that's even more offbeat than its predecessor.

And Emma Stone is Abigail, Sarah's manipulative and seductive cousin, so determined and effective in getting what she wants and from whom that she nearly turns the film into an "All About Abigail."

Originally titled "Balance of Power," "The Favourite" boils down, narratively, to a sexually charged competition for the queen's approval and affection.

And the male characters are mere window dressing, if that.

What we're held by is the interaction, much of it surreal or absurdist, among the three fascinating women.

In terms of power, and to paraphrase Mel Brooks, it's good to be the queen. Although she's severely gout-afflicted and she keeps 17 bunnies in her bedroom representing all the children she has lost to miscarriage or stillbirths.

Gender politics are on the minds of screenwriters Deborah Davis and Tony McNamara. Make that the back of their minds. Their job is to bring to life the trio of principals, and that they do vividly and humorously and often outrageously.

As for the official goings-on, well, let's keep it simple: some of it actually happened and some of it didn't; nobody's keeping score. But the behavior of this trio could and would change the course of history.

And all three actresses are brilliant, Colman in the lead, Weisz and Stone in support. So don't be surprised that Colman snared the Best Actress Oscar or that the film received an imposing 10 Oscar nominations, including nods for Best Picture, Best Directing, Best Screenplay, two for Best Supporting Actress (Weisz and Stone), Best Editing, Best Cinematography, Best Production Design and Best Costume Design.

Extravagantly eccentric and femme-centric, "The Favourite" is fabulous.

The “Favourite”is currently available for streaming to HBO subscribers.